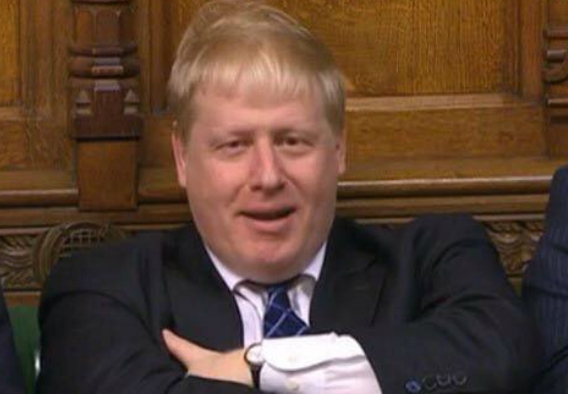 July 18, 2016 (GIN) – Nonstop media coverage of the UK’s exit from the European Community may have been confounding to many Americans but the latest development in Great Britain’s power shuffle seems more ominous.

Former Mayor of London Boris Johnson has been tapped to be Britain’s next Foreign Secretary and he’s already shown an inflammatory side towards people of color. Local magazines have been having a field day republishing his offensive remarks.

In 2002, writing for the weekly magazine The Spectator, Johnson wrote of Africa: “The continent may be a blot, but it is not a blot upon our conscience. The problem is not that we were once in charge, but that we are not in charge anymore.”

“The best fate for Africa would be if the old colonial powers, or their citizens, scrambled once again in her direction; on the understanding that this time they will not be asked to feel guilty.”

The same year Johnson was quoted saying that “the Queen has come to love the Commonwealth, partly because it supplies her with regular cheering crowds of flag-waving piccaninnies” (racist caricatures of dark-skinned children of African descent). “No doubt the AK47s will fall silent, and the pangas will stop their hacking of human flesh, and the tribal warriors will all break out in watermelon smiles to see the big white chief touch down”, Johnson continued.

Like Donald Trump, Mr. Johnson speaks right from the hip. In a recent article for the Daily Telegraph, he told people to stop “bashing” the super-rich, comparing them to hard-pressed minorities like the homeless, Irish travelers or ex-gang members.

The rich deserve our “humble and hearty thanks” for their contributions to charity and the exchequer – quoting figures that say the top 1 per cent pay 29.8 per cent of all UK income tax, he said.

Labour group leader Len Duvall responded to the article, saying: “Many hard-pressed Londoners will find Boris’ views on the super-rich difficult to stomach, at a time when people are struggling with the cost of living crisis his comments are deeply offensive.”

“No-one in British journalism, or politics, however, been prepared to call Johnson what he really is.  An unblushing racist, whose talk of “piccaninnies”, and the glories of colonialism should have made him unemployable and unelectable long ago,” writes Nic Dawes in The Hindustani Times.

The Economist’s magazine’s Bagehot columnist gets closer than the others to the problem, and inadvertently highlights the reluctance of the British establishment to confront it. “Personally he is likeable,” writes the columnist. “But he is also gaffe-prone and the progenitor of a series of undiplomatic comments about other peoples.”

Why is it not possible to say that by “other peoples” you mean “everyone who isn’t white” and that by “undiplomatic” you mean “evincing a conviction that they are shiftless, stupid, ungrateful cannibals”.

For Johnson, Africans aren’t just “piccaninnies” they are clueless cartoon figures, agog at foreigners who arrive in their “big white birds” to deliver lessons in agronomy, observes Dawes.

Again, Johnson in a 2002 piece for The Spectator: “If left to their own devices, the natives [of Uganda] would rely on nothing but the instant carbohydrate gratification of the plantain … Though this dish (basically fried banana) was greatly relished by Idi Amin, the colonists correctly saw that the export market was limited”.

There is more. White people, apparently, came to Africa to rescue black people from brown people.

“Are we guilty of slavery?” asks Johnson. “Pshaw. It was one of the first duties of Frederick Lugard, who colonized Buganda in the 1890s, to take on and defeat the Arab slavers”.

When he first campaigned for elected office Johnson’s seemingly unscripted style were in focus, but not his nostalgia for the globalized racism of empire. If Brexit has brought out into the streets some of the viler xenophobic undercurrents of British national life, then he is the grinning mascot for establishment bigotry,” Dawes concludes.