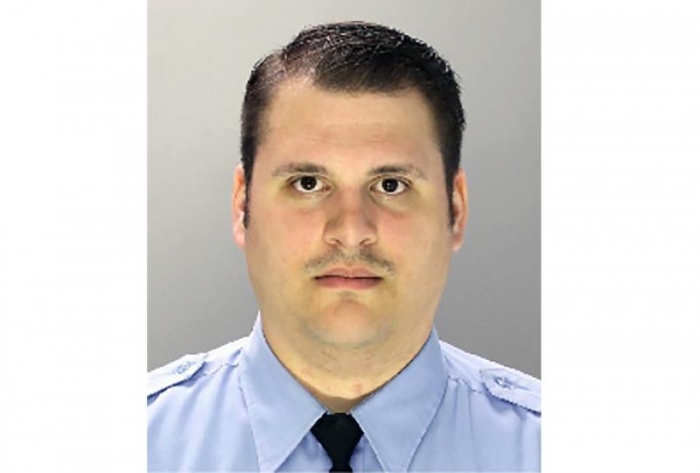 A White Philadelphia police officer became distraught when he learned that a Black motorist he fatally shot after a high-speed chase was unarmed, his lawyer said as the ex-officer’s third-degree murder trial began on Tuesday, Sept. 13.

Prosecutors said that former Officer Eric Ruch Jr. shot and killed Dennis Plowden Jr. less than six seconds after arriving on the scene — even as other officers held their fire. A grand jury investigation found that Plowden, 25, was dazed after crashing the car and had his left hand raised as he tried to follow commands on a city sidewalk.

However, defense lawyer David Mischak told jurors that Plowden’s right hand remained hidden near a pocket. Only later, he said, did Ruch learn what was inside.

“As soon as my client discovered it was heroin and not a gun, he was upset. He was distraught,” Mischak said.

He urged jurors to consider not just what happened in the six seconds at the scene, but the two-minute chase beforehand. Police thought the car was linked to a recent homicide. Plowden, who had borrowed the car and was not involved in that case, drove at high speed for several blocks through a city neighborhood before crashing.

“It was a tragedy,” Mischak said of Plowden’s death. “To call my client a criminal really compounds that tragedy.”

Ruch is one of three city police officers facing murder charges filed by Philadelphia District Attorney Larry Krasner over their on-duty actions. In his case, the jury will also weigh voluntary manslaughter and a weapons charge.

The bullet from Ruch’s gun went through Plowden’s raised left hand before hitting him in the head. He died at a hospital the following day, according to testimony from his widow, Tania Bond, who briefly took the stand. She won a $1.2 million wrongful death settlement from the city.

Krasner brought dozens of lawsuits against police as a civil rights lawyer and has battled with city police since taking office in 2018.

Ruch was fired about 10 months after the Plowden shooting.

In a key pretrial ruling, Philadelphia Common Pleas Judge Barbara McDermott barred prosecutors from telling jurors about a series of complaints filed against him during his 10-year police career because he was mostly cleared of wrongdoing by internal affairs, The Philadelphia Inquirer reported.

And she limited Bond’s testimony to a few basic facts on Tuesday. However, in an interview with The Associated Press after the charges were filed in 2020, the widow wondered whether Ruch felt any remorse.

“I just want to know, has Ruch ever thought about my family?” she asked.