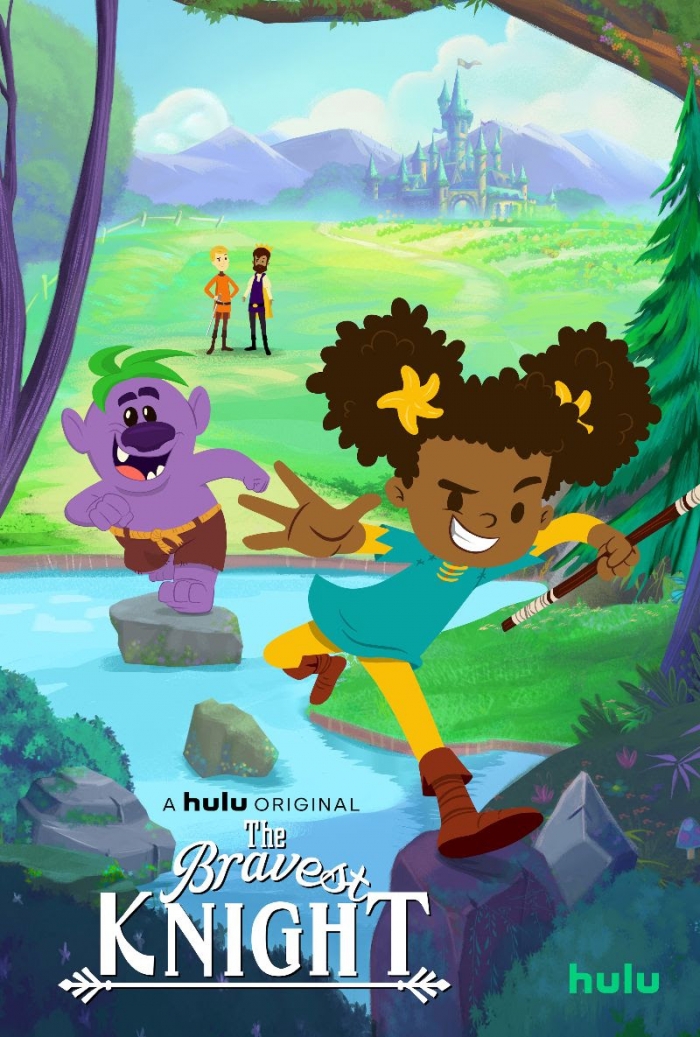 What’s wrong with Hulu’s newest children animated series “The Bravest Knight”? It has an African-American female lead and some African-American voice talent including RuPaul, Wanda Sykes, and Wilson Cruz.

There should be a time to celebrate but when the email invitation was extended to watch “The Bravest Knight” and then speak with the creator, Daniel Errico, I assumed that the creator was African American. He is not and it’s heartbreaking because the issue of White people benefiting from “coloring in a Black or Brown character” to bring in that powerful demographic is akin to cultural appropriation.

According to a 2018 Nielson report the African American buying power at 1.2 Trillion dollars. I use an example, under the category of baby food (42.76%) Black consumers make up over 50 percent of overall spending which leans into a larger question, who’s consuming children entertainment?

Black and Brown parents know the frustrating challenge of finding books, movies and animated series that feature stories and characters that look like us, and that is created by us. Sure, creators “color” in characters but for the most part, these pieces of entertainment are created by White men. This is the same for “The Bravest Knight.”

Now, I admit that “The Bravest Knight” is a very good show. I admit that I enjoy watching the story of the inspiring and perseverant former pumpkin farmer, Sir Cedric, who married the prince of his dreams. He shares his story with his adopted 10-year-old daughter Nia (African American, voiced by Storm Reid), on how he transformed from being a humble farmer to becoming a brave, full-fledged knight. Nia, who is training to become a knight herself, learns important values such as honor, justice, and compassion; proving that knighthood is much more than slaying dragons. 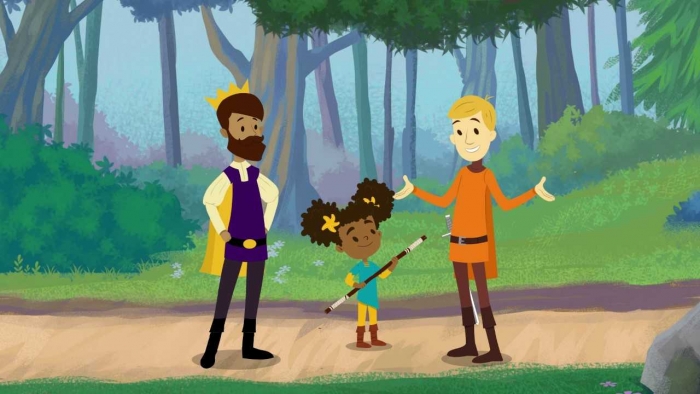 Here’s the history, Daniel Errico earned his place on Hulu. According to the press notes the new version will further the streaming network’s “commitment to connecting with kids and families through bold approaches in storytelling,” representatives said in a May 23 press release.

I want to be clear, I’m not calling out “The Bravest Knight” creator, Daniel Errico, he is not the villain. As a member of the LGBTQ community, I understand the importance of what he’s achieving and the positive impact his show is having on communities, so I embrace and respect his bravery and commitment.

Horray to “The Bravest Knight” —to be clear —I’m calling out Hulu executives—publicity—and all the powerful content players who continue to become rich from the intellectual property which only features characters of color in order to attract the Black and Brown audience.

Shame on you for just coloring in characters and hiring Black and Brown voice talent. Shame on you for not opening the door and developing intellectual property created by us and for us for the lucrative family audience.

Dear Hulu and Hollywood, here is my question — what’s new in the development sector for the family animated series at your company? Do you have any shows being created by and for the African American and Latino family audience?

It’s a question that I hope will be answered.

In the interim here is what “The Bravest Knight” creator Daniel Errico had to share about his journey to get his vision on Hulu.

LOS ANGELES SENTINEL: What inspired you to create this character?

DANIEL ERRICO: When I started writing for kids I read all the fairytales that I could get my hands on. They were stories told and retold over generations, and yet there was a stunning lack of diversity in the characters, motivations, and happily ever afters. When I first created Cedric in ‘The Bravest Knight Who Ever Lived,’ friends of mine from my home state couldn’t get married, despite their fairytale romances. It felt well beyond time to share new stories with kids, to show them all forms of love and identity in a positive light, and to offer multi-dimensional protagonists who also happened to be gay.

LAS: Did you always know that Hulu would transform your vision into a short and then into an animated series?

DE: The path for this story has been anything but predictable. After it was met with resistance based on the content, I went out and found a talented animator from Denmark (Ida M. Schouw Andreasen) who believed in the message and was willing to animate the tale into a short. I’m so grateful that Hulu got behind it, licensing the short from there, and then picking up my second short, ‘Rosaline.’ To deliver Hulu a full series, I found a wonderful partner in Big Bad Boo Studios, bringing the story to life in a way that I couldn’t have imagined when I first put pencil to paper six years ago. 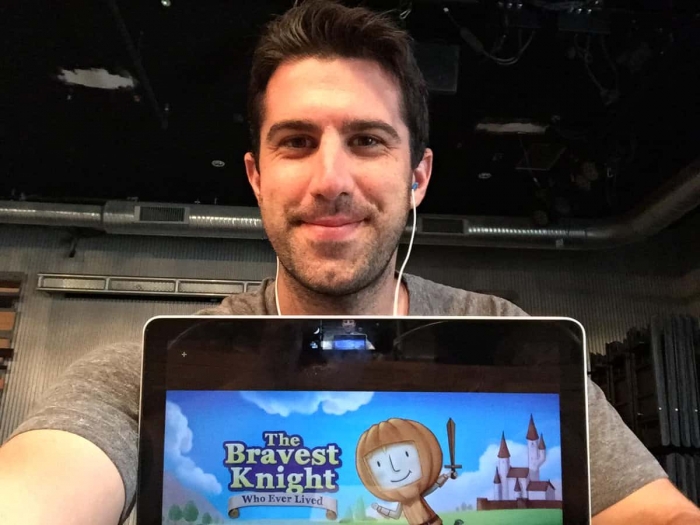 Daniel Errico is the creator of “The Bravest Knight.”

LAS: Do you work with other creative writers of color who traditionally (and sadly) have Hollywood’s proverbial door, in family entertainment, shut against them?

DE: You raise an important question that deserves to be asked on all productions. As a newcomer to kids shows, I haven’t yet had the privilege of working with many other writers, including on ‘The Bravest Knight.’ But, as a White, cisgender man, I know that fair access to opportunities in family entertainment demands a dedication to change. Working with creative writers of color is a necessity for anyone serious about their development as a writer, and is serious about strengthening the industry as a whole, and I plan on actively pursuing those partnerships.

LAS: Congratulations. I’m very proud of you. What’s the bigger message to a younger generation?

DE: The lessons in each episode of ‘The Bravest Knight’ are meant to build on each other as part of the growing and open conversation between Sir Cedric and his daughter, Nia, as she embarks on her journey towards knighthood. This allows us to touch on many themes, from perseverance to forgiveness to self-confidence. However, the overarching message that I hope a younger generation will find throughout is about the bravery of being yourself and being true to yourself. 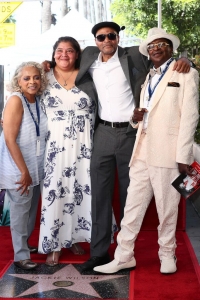 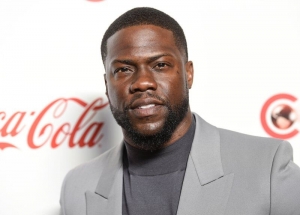