The Pacific Fishery Management Council has adopted ocean salmon season recommendations that provide recreational and commercial opportunities for most of the Pacific coast, and achieve conservation goals for the numerous individual salmon stocks on the West Coast. Due to the COVID-19 social distancing requirements, all meetings associated with the decision were held via webinar for the first time in the Council’s history.

The recommendations will be forwarded to the National Marine Fisheries Service for approval by May 6, 2020.

“This year’s package includes some very restrictive seasons in both commercial and recreational fisheries along much of the coast. Uncertainties associated with the effects of the COVID-19 pandemic on markets, angler effort, and critical catch sampling, coupled with low Chinook and coho forecasts, made structuring the fisheries even more challenging this year,” said Council Chair Phil Anderson.

The Council heard reports from commercial, recreational, and tribal representatives about the challenges created by the pandemic, including difficulties in selling seafood to reduced markets, recreational fishery closures to protect public health, needed access to traditional food sources for tribal communities, and the inability to plan for the near future.

Fisheries north of Cape Falcon (in northern Oregon) are designed to allow harvest of healthy Chinook populations that are primarily destined for the Columbia River. These fisheries are severely limited by the need to conserve lower Columbia natural tule fall Chinook and coho stocks, including Columbia River and Oregon Coastal coho, which are listed under the Endangered Species Act (ESA), and Queets River, Strait of Juan de Fuca and Snohomish coho salmon stocks, which are either classified as overfished or are currently rebuilding. (Tule fall Chinook originate in the lower Columbia River primarily below Bonneville Dam. They mature more quickly and spawn earlier than upriver fall Chinook.)

Non-Indian ocean commercial fisheries north of Cape Falcon include traditional, but reduced, seasons in the spring (May-June) for Chinook and a summer season (July – mid-September) for Chinook and coho salmon. These fisheries will have access to 27,640 Chinook (compared to 26,250 Chinook last year), and a marked coho quota of 2,000 (compared to 30,400 marked coho last year).

The recreational fishery north of Cape Falcon opens with an all-salmon-except-coho fishery on June 20, transitioning to an all-species fishery on June 29 and continuing to September 30 or when Chinook or coho quotas are reached. Recreational fisheries in this area will have access to 26,360 Chinook (compared to 26,250 Chinook last year), and a marked coho quota of 26,500 (compared to 159,600 marked coho last year).

Fisheries south of Cape Falcon (in northern Oregon) are constrained primarily by Klamath River fall Chinook and Oregon Coastal natural coho. The commercial fishery consists of modest Chinook fisheries, particularly in California. Recreational fisheries in Oregon include both Chinook and coho opportunity, with coho including both mark-selective and non-mark-selective fisheries.

Commercial fisheries in the area from Cape Falcon to Humbug Mt. will open in late April and will continue into early May, with a brief reopening at the end of May. The area will be open again in early June through July and most of August. This area will also be open continuously in September and October with weekly limits in place.

The area from Humbug Mt., Oregon to the Oregon/California border (also known as the  Oregon portion of the Klamath Management Zone) will be open in late April and continue into early May, with a brief reopening at the end of May. The area will be open again in early June through July with monthly catch quotas and weekly limits in place.

The area from the Oregon/California border to Horse Mt., California, will be closed to conserve Klamath River fall Chinook, which are classified as overfished.

In California, Chinook seasons in the Fort Bragg area (Horse Mt. to Point Arena) will be open ten days in August and for the month of September.  The San Francisco area (Point Arena to Pigeon Point) will be open intermittently from May to July, for most of August, and for all of September. The Monterey area (Pigeon Point to the Mexico border) will also be open for Chinook intermittently from May to July and for most of August. There will also be a season from Point Reyes to Point San Pedro (a subset of the San Francisco area) consisting of three openings in October ranging from two to five days each.

For details on all seasons, please see the season descriptions on the Council website at www.pcouncil.org.

The Council has been working with NMFS to understand the effects of Council-area fisheries on Southern Resident killer whales, which are listed as endangered. Based in part on information provided by the Council’s ad-hoc Southern Resident Killer Whale Workgroup, NMFS provided guidance on the structure of the 2020 salmon fisheries to address the needs of the whales while providing salmon harvest opportunities. The recommended 2020 ocean salmon seasons keep total Chinook abundance well above the NMFS guidance.

Because state directives have resulted in the suspension of some fishing opportunity, NMFS may close Federal salmon fisheries based on recommendations from state authorities to address public health concerns related to COVID-19, or because information essential to manage the fishery is unavailable.

In addition, if the California recreational seasons in the Fort Bragg, San Francisco, and Monterey areas are delayed, the season in the Eureka area may be extended beyond August 9 if the extension would not increase impacts on stocks above those expected before the season opened.

More details on these potential actions are available in the regulation tables available on the Council’s website.

“It has been another challenging year for the Council, its advisors, fishery stakeholders, and the public as we strive to balance fishing opportunities with conservation needs for Chinook and coho salmon stocks,” said Council Executive Director Chuck Tracy.

The Council received additional scientific information and took public testimony at its April Council webinar meeting before taking final action. The decision will be forwarded to NMFS for their review of consistency with the ESA and other applicable law, and promulgation of Federal regulations.

In addition, the coastal states will adopt fishery regulations for state-managed waters that are compatible with the Council’s actions.

The Pacific Fishery Management Council is one of eight regional fishery management councils established by the Magnuson Fishery Conservation and Management Act of 1976 for the purpose of managing fisheries 3-200 miles offshore of the U.S. coastline. The Council recommends management measures for fisheries off the coasts of California, Oregon, and Washington. 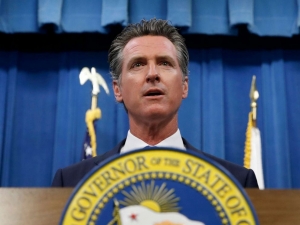 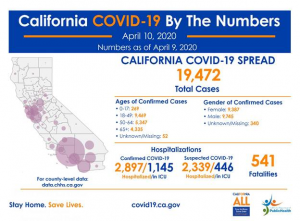 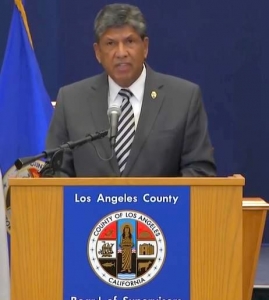