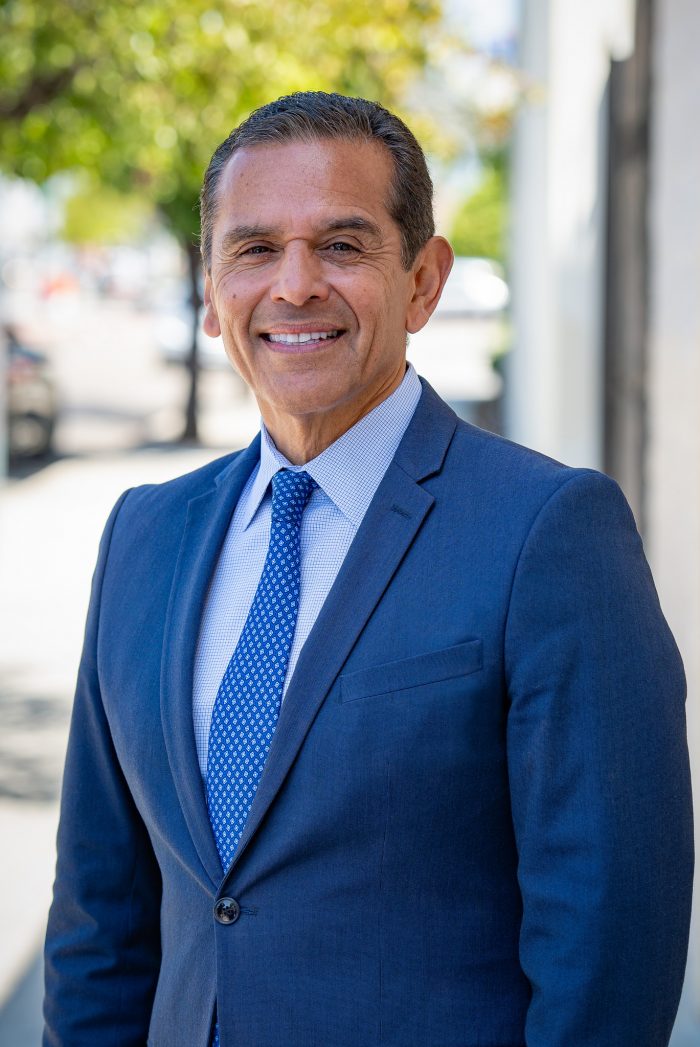 “As Californians, we have to grow together,” said former Los Angeles Mayor Antonio Villaraigosa who is now a heavyweight contender in a packed race toward the June 5 primaries for California’s next governor. Villaraigosa spoke to the Sentinel this week about his plans for the state’s infrastructure, economy, educational system and healthcare system. His mission, he said, is to be a governor for “everyone… from Nickerson Gardens, to Panorama City, to the Bay Area”, and everywhere in between.

One of the major parts of his plan is to strengthen the state’s middle class, creating a more viable economy here through effective education, jobs, and a health system that promotes preventative and comprehensive care.

“California is the 6th largest economy in the world, but we also have the highest effective poverty rate in the country. We can’t leave so many people behind,” Villaraigosa.

“We live in a progressive state, but California can’t truly be progressive unless we are making progress for everyone. To be truly progressive, we need a constant and consistent focus on closing the gap between rich and poor by lifting more Californians into the middle class and keeping them there.”

The long time politician said the sacrifices of those who fought for equality here in the Golden State were the foundation of his own career and personal success. As governor, he wants to help other Californians in the same way. Villaraigosa, 65, grew up in East Los Angeles, raised by a single mother.

At age 16, a spinal tumor paralyzed him from the waist down, a crisis that left him with a self-defeating attitude and a sense of hopelessness. Failing grades, fighting and ultimately suspension led him to drop out of Cathedral High School. But with the help of public high school teacher Herman Katz, Villaraigosa was able to get back on track.

“I was one of those kids they didn’t think was going to make it, but I was blessed to live in a state that gave kids like me a second chance,” he said.

“I might have gotten into UCLA through the back door, but I walked out through the front door—with a life-changing college degree in my hand. I then went to the People’s College of Law, a school dedicated to the public interest. That’s why I know firsthand how an education can open doors and change the course of a life.

“In my mid-twenties, I was elected President of the American Federation of Government Employees, a local union representing employees who enforced civil rights laws in five states. Over the next fifteen years, I continued to work as a union organizer for the Service Employees International Union, United Teachers Los Angeles and then served as President of the Southern California chapter of the American Civil Liberties Union…”

By 1994, Villaraigosa was elected to the State Assembly, where he tackled some of the same issues he hopes to continue to address as governor.

“[In 1997] I was elected Assembly Speaker. While serving, I brought together environmental and business groups for a $2 billion park bond, the largest in California’s history, authored the Healthy Families program for nearly three quarters of a million uninsured children and passed a $9 billion school bond measure, the largest to that date. “In 2001, Villaraigosa ran in his first race for mayor of Los Angeles, losing out to James Hahn whose family had political strongholds in the city. But he continued to move forward in his career and was elected to the City Council’s 14th district seat in 2003. In 2005, he placed first in the primary for mayor and won the run-off election on May 17, receiving 58.7 percent of the vote. That summer, Villaraigosa was sworn in as the 41st and first Latino mayor since 1872, of Los Angeles. Attendees to his first inauguration included then Governor Arnold Schwarzenegger; former Governors Gray Davis, Pete Wilson, and Jerry Brown; former Vice President Al Gore, U.S. Secretary of State Warren Christopher, and New York City Mayor Michael Bloomberg.

He was re-elected in 2009, receiving 55.65 percent of the vote against attorney Walter Moore. His entire mayoral term was marked by a focus on transportation, infrastructure, public safety and education. One of his signature projects was the Purple Line extension to Santa Monica, dubbed “Subway to the Sea.” 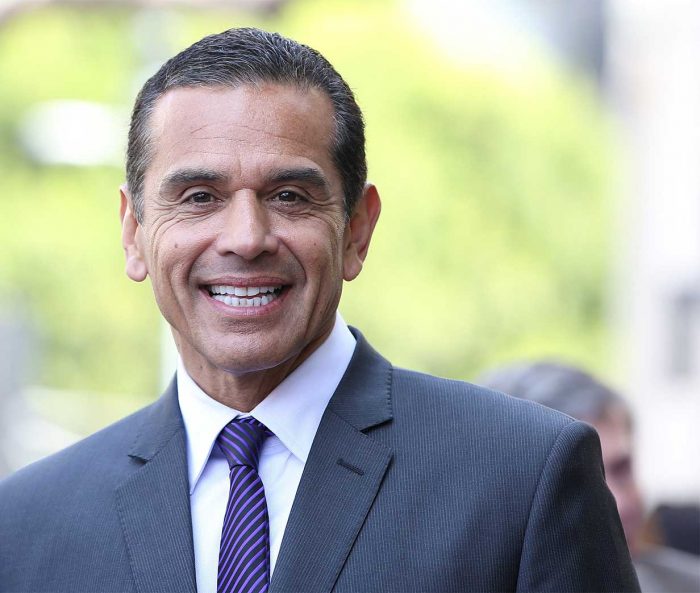 In 2008, Los Angeles County voters passed Measure R, an additional half-cent per dollar sales tax that increased the sales tax rate in Los Angeles County from 8.25 percent to 8.75 percent and is projected to generate up to $40 billion over thirty years for transportation.  Villaraigosa heavily championed the measure that included funding for the portion of the “Subway to the Sea.”

For his part in education, Villaraigosa attempted to take over the Los Angeles Unified School District, hoping that he could alleviate economic disparity through improving curriculums in low performing schools. He was unsuccessful, but was able to create the Partnership for Los Angeles Schools, a subset of LAUSD.

Also as mayor, Villaraigosa proposed a Homeland Security and Emergency Preparedness initiative, which adds certain units to the Los Angeles Police and Fire Departments and reorganizes some of the current practices. Villaraigosa’s latest development in the policy realm of homeland security is the creation of his Homeland Security Advisors, a group of approximately 40 leaders. The panel includes Police Chief William Bratton, former L.A. FBI chief Ron Iden, former Mayor Richard Riordan, Los Angeles County Sheriff Lee Baca and former District Attorney Ira Reiner. It will be co-chaired by his Deputy Mayor for Homeland Security and Public Safety Arif Alikhan. The panel planned for such issues as counter-terrorism measures, evacuation planning and emergency preparedness, according to past news reports.

“The numbers tell the story of what happens when we focus on big things together,” Villaraigosa said.

“While I served as mayor, we doubled the number of high-performing schools and graduation rates went from 44 percent to 72 percent. We expanded the public transit system and, with Measure R, raised $40 billion for transportation projects, including new rail and bus lines. Los Angeles was the first big city to set a goal to become independent of coal by 2025 and during my tenure, we reduced overall greenhouse gas emissions by nearly 30 percent.

“Today, I want to be California’s next governor because I believe that we need to bring this state together around a shared vision—lifting more families into the middle class and creating high-wage jobs by improving our schools and investing in our infrastructure like roads, bridges, transportation, ports and waterways. We can rebuild a California that gives every family the chance to succeed…”

While proud to become the state’s first Latino governor since 1875, I would be prouder still to be everyone’s governor and work every day to unite our incredible state in the service of lifting more families into the middle class.