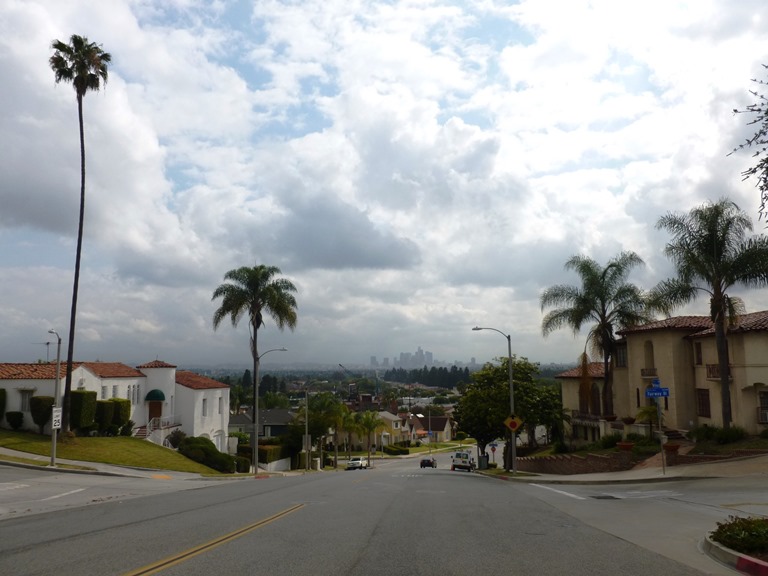 View Park will now be recognized along the ranks of other historically Black neighborhoods such as Harlem in NY, Point Breeze in Philadelphia, Greater Third Ward in Houston, Central District in Seattle and many others. The South Los Angeles neighborhood, which has been referred to as the “black Beverly Hills,” was recently added to the National Register of Historic Places.

The land was purchased by the Los Angeles Investment Co. in 1920s-1930s and sold in parcels. View Park sat as untouched land until the 1932 Olympic Games came to Los Angeles and it was transformed into the Olympic Village. Remnants of the games remain in the form of Olympiad Drive and Athenian Way. According to the 1930 Census, View Park was for sale to white homeowners only. The area only had one Japanese and two black residents, and all three were servants.

View Park stands a distinct neighborhood due to the homes which features a mix of contemporary styles and exotic influences. Many of the residents enjoy panoramic views of downtown L.A.

After a U.S. Supreme Court battle lifted race restrictions on home ownership, members of the African American community namely business owners, doctors, lawyers, entertainers, athletes and civil rights activists moved into the area. There have been black professionals and families living in the neighborhood since the 1950s.

“Often facing intimidation and violence, View Parks’ new African American homeowners broke down significant barriers and paved the way for the creation of a vibrant integrated neighborhood that would earn it the nickname ‘the black Beverly Hills,’” said Lusignan.

Like most of the neighborhoods in South L.A., View Park is perfectly located as far as proximity to Culver City, downtown Los Angeles, LAX and multiple freeway connections. With about 1,800 homes near the stretch of La Brea Avenue to Crenshaw Boulevard in unincorporated Los Angeles County, View Park is the largest National Historic District in the United States based on African American history.

View Park has also been home to some of the most famous celebrities of all-time including Ray Charles, Ike and Tina Turner, Gerald Wilson, Nancy Wilson, Loretta Devine and Regina King to name a few. It remains one of the wealthiest African American neighborhoods in the country, an enduring symbol of African American success.

In 2014, residents Andre Gaines and Ben Kahle co-founded View Park Conservancy, a volunteer nonprofit neighborhood organization that led the initiative to nominate View Park for the National Register. Along with seven other longtime and new residents, they hosted more than 25 community meetings to build awareness and raise funds to preserve the history and legacy of their neighborhood. About 670 View Park residents made a donation to pay for the complicated process of seeking a Historic designation.

“Listing View Park on the National Register is the culmination of over two and half years of hard work and dedication to our mission,” Gaines said. “It was truly a community effort and, without the overwhelming support from our neighbors, this day would have never been possible.”

Supervisor Mark Ridley-Thomas, whose district includes View Park, also celebrated the National Register designation. He authored the motion that enabled residents of the County’s unincorporated areas to benefit from the Mills Act, a 1972 state law that provides tax incentives to preserve historic homes and property.

“View Park’s inclusion into the National Register of Historic Places underscores its historic, social, cultural and architectural significance, not only locally but across the country,” Supervisor Ridley-Thomas said. “This designation helps in preserving the community’s noteworthy legacy, while at the same time, charting its path forward.”

Despite a rising tide of gentrification in South Los Angeles, which has already waded into View Park, the neighborhood can still be proud of its African American heritage. View Park is an example of Black success, community and pride. It’s prejudice past and current assimilation is outshone by the African American community that has shaped it throughout the decades to become what it is today.