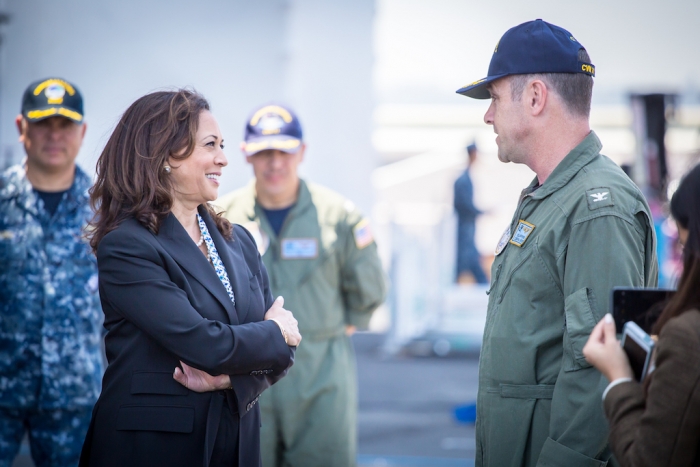 Her Efforts Recognized as the Evolution Needed in National Leadership

There is a growing consciousness around the character of political leadership in America. Although there has always been concern of who sits in the seat of power for this country, there is an additional keen sense developing around the nature of those who look to serve the people. Officials working as support to Vice President Kamala Harris, welcomed those with questions about her steps into a new era in American History.

Three years prior to the noted day of being the first woman of color elected as vice president, Harris devoted her time to make change as a Senator. While holding a seat in Senate, she applied herself to issues found in homeland security, judiciary, and intelligence committees.

The Harris–officiated team stated, “She gave a voice to Americans who have long been ignored by those in power …” She headed policies that spoke directly to issues of the people, such as the Maternal Care Act, according to the briefing outlined by the vice president’s office, the Maternal CARE Act is the first bill in the Senate addressing racial disparities in maternal fatality.

There are three components of the Maternal CARE Act; the representation of Vice President Harris brought attention to the grants, ranging from 25-125 million dollars “for medical schools, nursing schools, and other health professional training programs to implement implicit bias training.” In addition to providing medical home programs emphasizing high-risk pregnancies, the act looks to provide mothers with the “culturally competent care.” 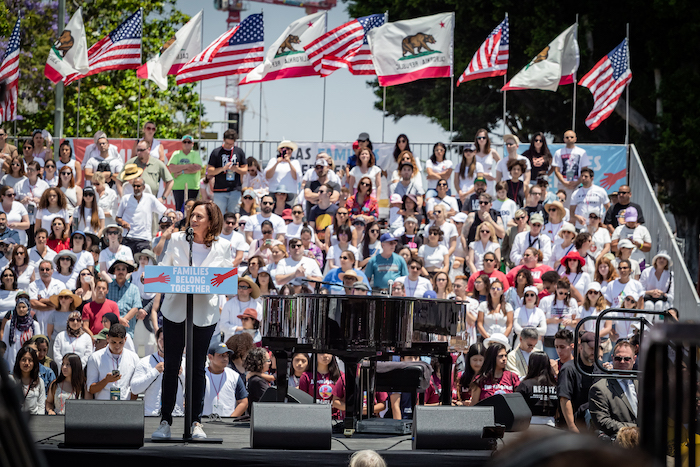 Working across the board of democracy, Harris became a bridge for many different demographics to receive the necessary focus that improves their quality of life. The first bill that she developed, brought attention to those held or detained for living in America without the process of first becoming a citizen; It provided legal counsel for people restrained under the travel ban of the former president. The call–to–action passed through the house some time last year.

Harris networked with many different sub–organizations found in legislation, including the Legislative Black Caucus. Together, they forged the Justice in Policing Act, after the murder of George Floyd. Harris’ aide stated, “Vice President Harris has worked hard to make people make ends meet; she recognized the families that are struggling to get by, even before the coronavirus.,” Her office went on to explain Harris’ efforts in authoring legislative protocols that gives tax breaks to the working class and monitor the expected wage that covers the cost of living more effectively.

She linked her power with other trains heading towards progression, leading to additional focus on the variety of concerns of the people, such as sexual harassment within the workplace and preserving the sacredness of Historically Black Colleges and Universities (HBCUs).

Some Bipartisan proposals she headed included efforts in bail reform, where former Sen. Harris and Sen. Rand Paul (R-KY) constructed the Pretrial Integrity and Safety Act, encouraging states to reform or the replacement of the bail system. 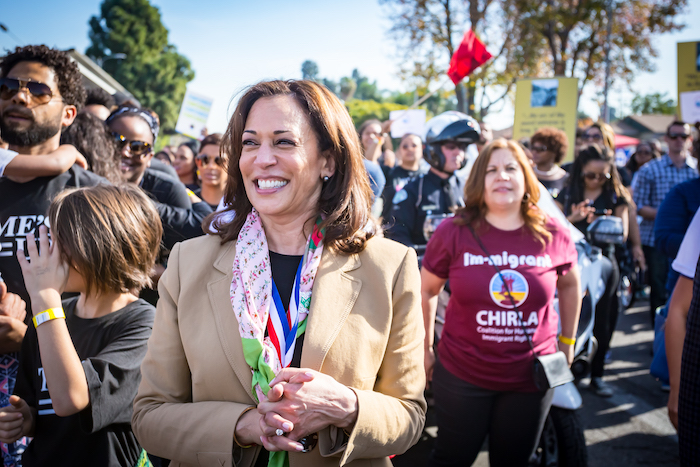 Harris worked closely with Sen. Lindsey Graham (R-SC) to build out the HBCU Historic Preservation Program giving an opportunity for the preservation of buildings, reaching a point of antiquity, to be well kept and accessible for present use. Harris put her focus on the people facing citizenship issues, hunger, and racially charged crimes such as lynching.

In reflecting in her strength that was utilized in her seat as Senate, Harris has gained precipice on the committees and placement she once directly worked with. The Harris team promised, “she will work tirelessly and in a bipartisan fashion, to really achieve the Biden-Harris administration legislative agenda.” An aide of Harris pointed out the rarity of having two former senators elected as president and vice president.

The office of the vice president confirmed the belief of the Biden-Harris administration, that together, “they believe and truly understand the senate’s power.” Harris’ aide also shared the following statement, “Vice President Harris believes progress is possible. She is grateful, and ready to get to work.”

Harris has notified California State Governor Gavin Newsom of her resignation to the role of Senate, and her integration into the position of presidential leadership. Her formal last day within Senate took place on Monday, January 18. California State Secretary, Alex Padilla, is looking to step into the opportunity to sit as Senate, following Harris’ departure from the role.

Harris’ team highlighted the bipartisan efforts the vice president looks to continue to manage in her new position in assisting the Head of State. The topics that live in the frontal vortex of public policy for the Biden-Harris administration includes: racial disparities and COVID-19 relief, the state of the economy and its relationship in the cost of living and the well-being of the environment. 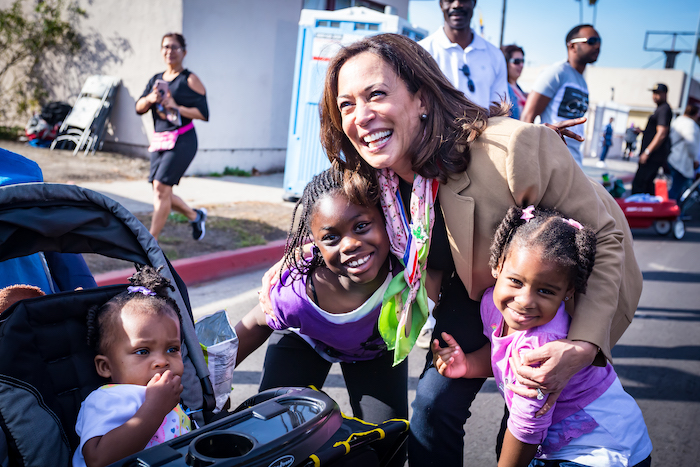 The Harris team noted the events that took place on January 6, when there was an uprising that compromised the sanctity of American democracy. The officials from the Harris team stated, “First and foremost, I want to take everybody back to the events at the Capitol on January 6, where a mob of rioters and insurgents attacked our democracy. While that was such a harrowing day, we also saw at the end of that day, Democrats and Republicans coming back to the United States Capitol to do their job.”  This was an example used to ensure the unity the Biden-Harris administration looks to have in the coming term together.

“There is no time to waste,” is the rhetoric the Biden-Harris collaboration is administering;, a serious amount of work must be done on “day one” of new Head of State business. The time has come where Harris closes the chapter on her influence as Senator, and promptly moves on to another journey of leadership through a new time in the nation.  According to the briefing information provided by the Harris team, she has held her seat since 2017, and led a variety of issues such as police reform, maternal health, and environmental preservation. Her previous work serves as evidence of the groundbreaking steps Harris will make as vice president. 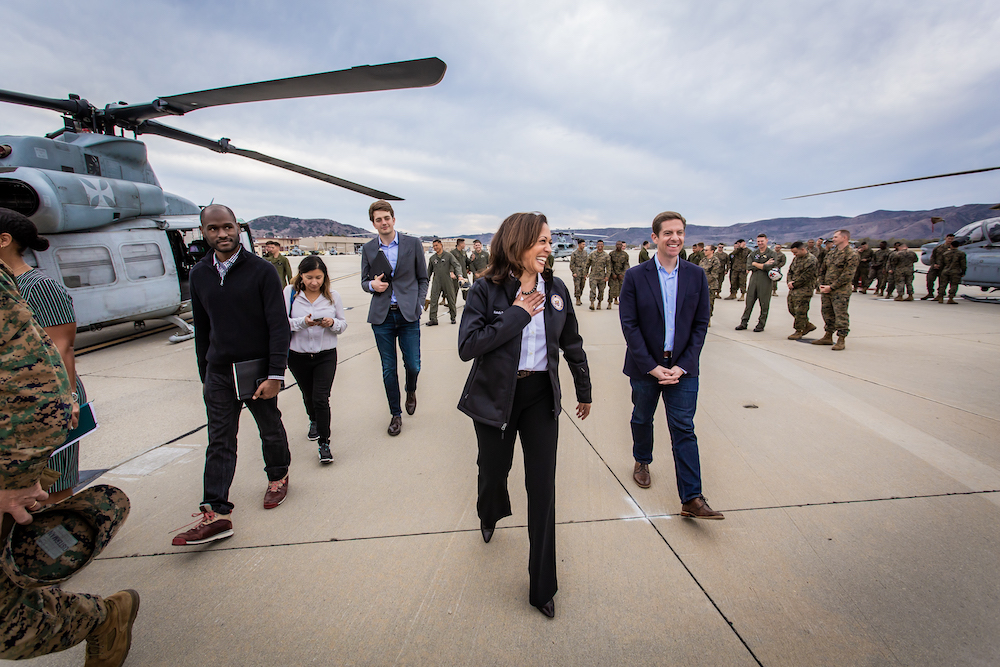 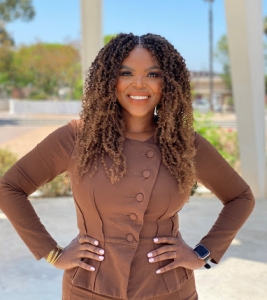 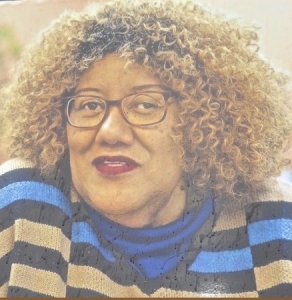 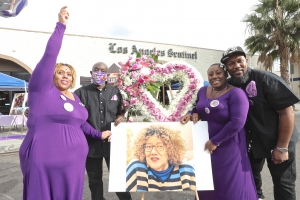