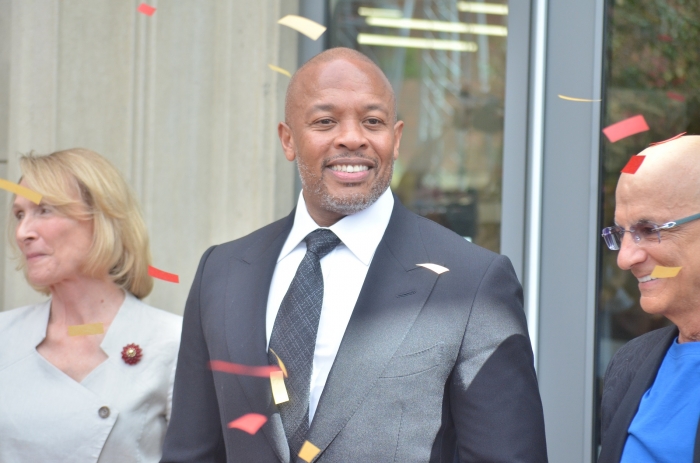 The University of Southern California hosted the ribbon cutting ceremony for the Iovine and Young Hall on Wednesday. The hall will house the Jimmy Iovine and Andre “Dr. Dre” Young Academy for Arts, Technology and the Business of Innovation. Young and Iovine are also co-creators of Beats Electronics.

The Academy incorporates four disciplines into one curriculum. Students learn computer science, communication, arts, and business.
Iovine noted during the ceremony how he and Young plan to open a high school in the South Los Angeles area that has an identical interdisciplinary curriculum as their program at USC.

“There are so many underrepresented kids that don’t get the right high school education that they’re qualified for,” Iovine said. “If we can make this something that they believe, they can attain, and also give them an advantage, if you give a student the advantage of having multiple disciplines … I desperately need those kids.”

Erica Muhl, the founding executive director and dean of the Iovine and Young Academy noted how the school caters to “hybrid thinkers” who can solve problems from “multiple perspectives with a broad array of tools and methodologies.” 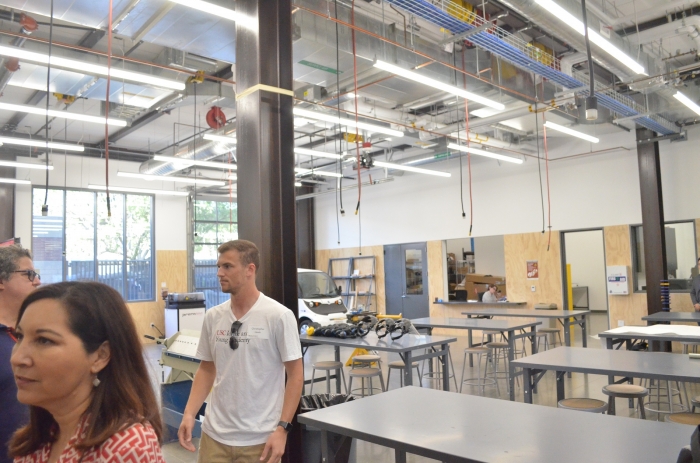 A fabrication lab is one of the many features of the Iovine and Young Hall (Amanda Scurlock/L.A. Sentinel)

“These young visionaries make magic happen every day and this new facility will not just house them, it will partner with them as they work to build a better future,” Muhl said. “Their impact has been critical to the design and programming of the interiors.”

The Iovine and Young Hall is 40,000ft state-of-the-art facility with a fabrication lab, Motion Capture studio and a pending podcast studio among other features. Students can create projects with 3D printers and laser cutting on the first floor. The second floor has conference rooms with video conference equipment for students to work on group projects, students can also write on the walls throughout the building. The space is dedicated to interdisciplinary learning and collaboration.

“Upstairs are more the design classes where people are having meetings, doing presentations,” said Tucker Rae-Grant, a digital fabrication lab manager at the hall. “As you go through the building, you’ll see there are huddle spaces where people can have impromptu meetings,” Carol Folt, the president of USC, hopes the students who study in the program will gain the same type of creativity, skill and problem solving that the founders possess.

“You have such an incredible alignment between two people that have worked together, care about each other and bringing to life a dream that is to benefit everybody else,” Folt said about Young and Iovine. “They’re an example of putting creative people together and getting amazing outcomes and that’s what we want from all of our students.”

The Academy has an undergraduate, graduate, and low-residency programs. Students can take it as a major or minor.

Iovine applauded Muhl for her ability to find the proper instructors and staff to bring their curriculum to life. 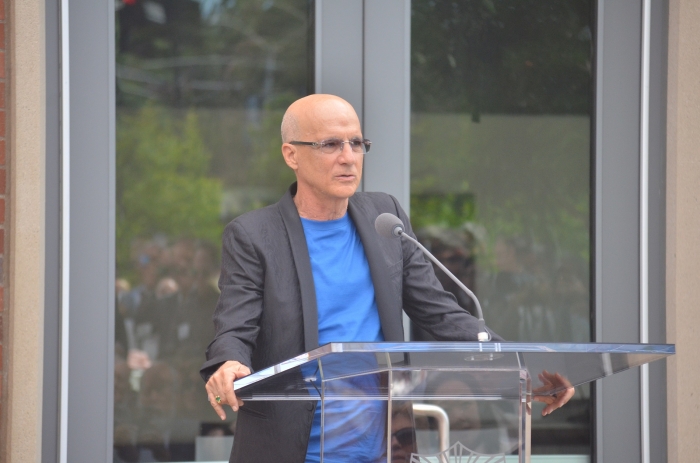 Jimmy Iovine teamed up with Young in 2008 to create the Beats by Dr. Dre headphone brand (Amanda Scurlock/L.A. Sentinel)

“It’s not easy to put all these disciplines from all these different areas and have them play in an orchestra together,” Iovine said.

“That’s why no one has really tried it before.”

Young became a pioneer of gangsta rap when he teamed up with O’Shea “Ice Cube” Jackson to create N.W.A. in the early 1990’s. His debut solo album “The Chronic” gained much acclaim with the song “Let Me Ride” earning a Grammy for Best Solo Rap Performance.

Iovine is the co-founder of Interscope Records and helped fund Death-Row Records in the 1990’s. He also co-produced the movie “8 Mile.”