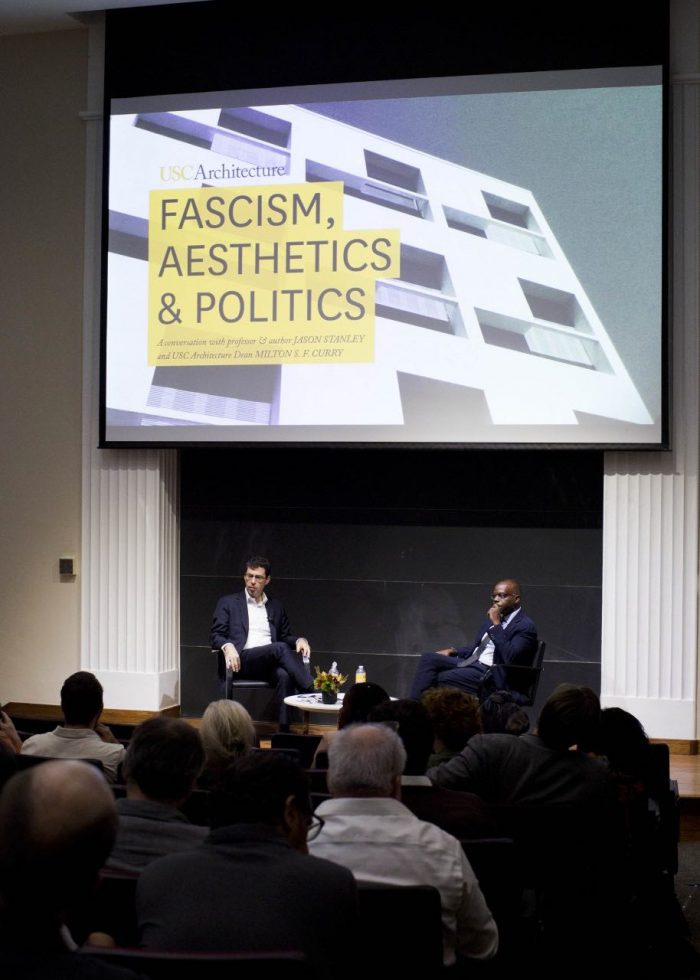 In an auditorium at the University of Southern California’s School of Architecture, students, faculty and the general public listened and participated in an interdisciplinary conversation between the School’s first black Dean, Milton S.F. Curry and his longtime colleague, Jason Stanley, a Yale University Professor of Philosophy and award-winning author, on Friday evening.

“The motto [of the School] is Citizen Architects,” Stanley, the Dean’s first guest speaker for the Dean’s CreativeTalks series, shared with the L.A. Sentinel. “Especially in Los Angeles, you need someone who’s thinking about the relationship of people to places and populations, [and] I think USC Architecture very much does that under the direction of Dean Curry.”

Dean Curry and Stanley, two renowned members of academia, discussed the intersection between fascism, aesthetics, and politics by defining the meaning of fascism within the context of Stanley’s fourth book, “How Fascism Works.” Stanley breaks down fascist ideology and government into 10 facets.

“Fascism attacks the truth; it is about power, loyalty, and fear of the other,” Stanley cited. “Fascists tactics include propaganda that introverts everything, it promotes a dominant perspective, destabilizes people’s thoughts through vehicles like conspiracy theories, and its goal is to create overwhelming fear, disgust, and nostalgia.”

Dean Curry and Stanley specifically discussed how the propaganda of 1968 related to the black American experience in the Olympics of that year and the social fabric of the country and spoke about how it was an example of part of the aesthetics used to obtain a more democratic reality, voice, and experience. 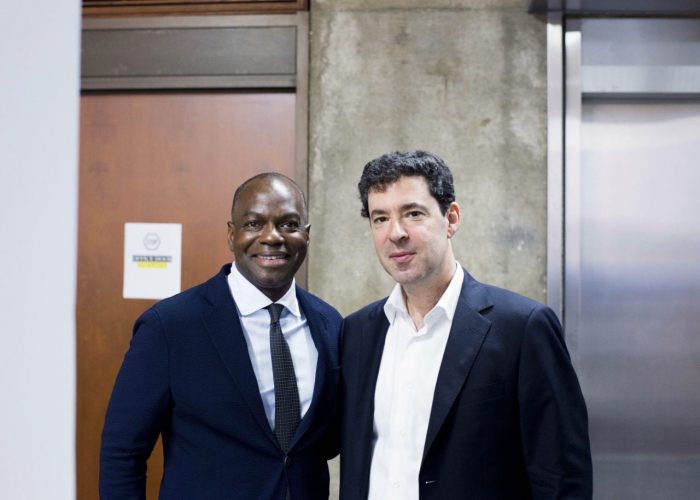 In response to a question from Dean Curry about whether the tactics and propaganda used by fascists could be used to open up a new democratic space, Stanley mused that “…these tactics are neutral because they wear down the Democratic culture that you need in order to effect positive social change.” Stanley went on to explain that “What was happening with the Civil Rights Movement, what John Carlos and Tommie Smith did in their protests in Mexico City was not to wear down the truth, they weren’t lying they were actually trying to use the moment to reveal something true.”

Dean Curry and Stanley first met as colleagues at Cornell University and have since landed on some of the same panels that addressed similar pointed interdisciplinary discussions on social, political and cultural issues.

Following Friday’s dialogue, members of the audience participated in the conversation. Attendees were able to continue the conversation during a book signing for Stanley’s, “How Fascism Works”. 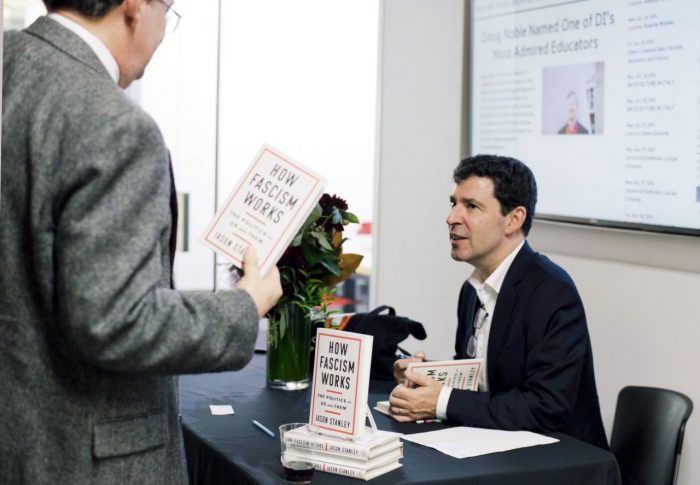 Dean Curry and Stanley implored the audience to confront issues that affect their environment, and their communities’ well-being. Under Dean Curry, the School of Architecture is seeking to look beyond conventional design education and contemporaneously provide unique cultural and socially relevant experiences for students, faculty and the surrounding Los Angeles community.  Further, Dean Curry hopes the School is “a place that educates architects” but also focuses on the larger goal of creating responsible and thoughtful citizens that reflect on and consider the effects of their work on the environment in which they build.

In the Fascism, Aesthetics & Politics Creative Talk, the focus was on fascism from the vantage point of social and political philosophy, architecture, and urbanism. This conversation launches the fall lecture series moderated by Dean Curry, which seeks to provoke stimulating conversations with leading thinkers from academia, industry and the cultural arts in discussing how architecture affects the space, politics and social and cultural movements in society.