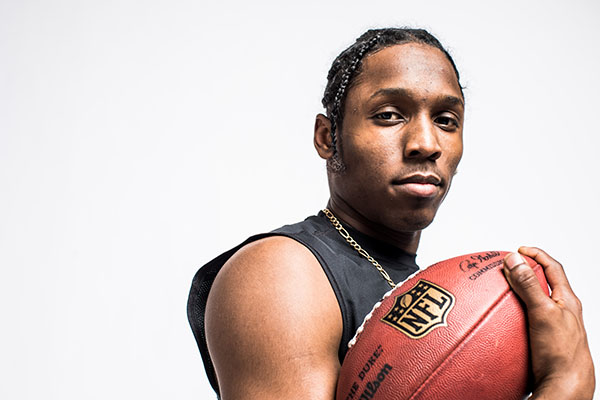 Images of USC defensive back Adoree’ Jackson during the 2017 NFL Scouting Combine on Sunday, March 5, 2017 in Indianapolis, IN. (Todd Rosenberg via AP)

Adoree’ Jackson may not be the tallest, fastest or strongest prospect, but at 5’11” and 185 pounds, he has some redeeming qualities that make him one of the most versatile and dynamic players in this year’s NFL draft. Jackson is USC’s first, three-way player in nearly 20 years having scored a touchdown via reception, interception, punt return and kickoff return. He is coming off his most productive defensive season in his college career registering 55 total tackles, five interceptions and a forced fumble.

“It’s just putting the icing on the cake,” said Jackson. “You can have me out there on three downs and then on the fourth down, just move me back there. I feel like you’re getting a bargain with me; getting two birds with one stone.”

Some would argue teams would be getting three. Jackson, a three-year-starter for USC, has lined up as a defensive back, wide receiver and punt returner. He says in the NFL he is open to whichever position will put him on the field.

“Wherever they put me on the field is where I want to play,” said Jackson. “I want to play corner, outside; if they need me at nickel I’ll go inside and play nickel, if they need me at safety I played that here my sophomore year so I’ve been everywhere. I feel like I have all the tools, so it’s up to the coaches to use it how they want to best display my talents.” 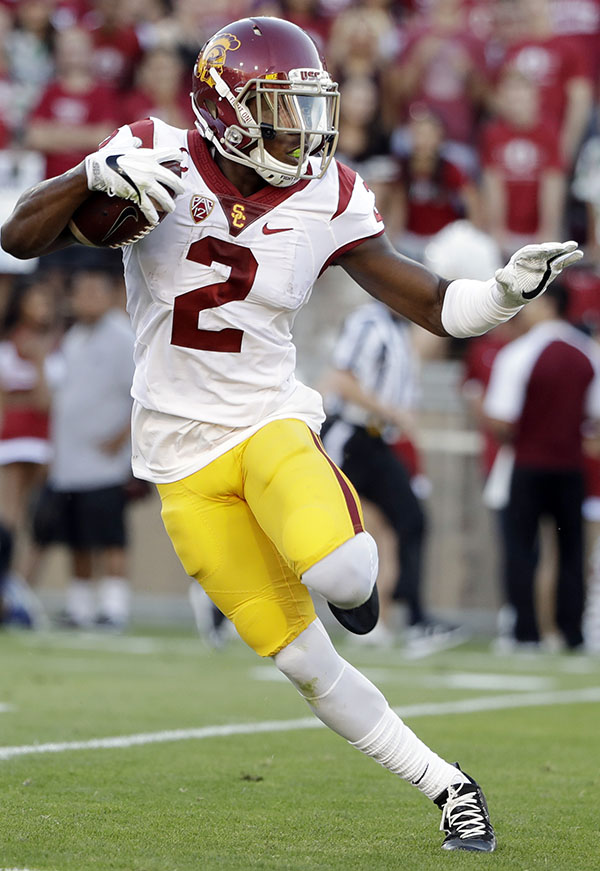 His talents were on full display at the NFL Scouting Combine earlier this month. The combine is a week-long invite-only interview for the top college football players who are put through a series of physical and mental tests by NFL coaches, scouts and front office executives.

“I didn’t know I was supposed to be there for five days,” Jackson said laughingly. “I figured we just go out there, show up, run, compete and go home.” As one of the must-watch players heading into the Combine, Jackson did not disappoint. He says, “going with the flow helped me out a lot because I wasn’t scripted or anything.”

Jackson clocked a 4.42 40-yard dash time. “I don’t think 40 times are always a clear indicator of how fast someone is,” Jackson told reporters at USC’s Pro Day where he elected not to run.

“Then coming to pro day I’m doing the same thing [as the Combine], being me,” Jackson said. USC’s Pro Day attracted scouts from nearly all 32 NFL teams many of whom were interested in getting to know Jackson better.

“It’s a blessing that coaches/scouts [at pro day] want to come pull me aside, want me to come visit and work me out,” said Jackson. “I’m thankful that I am in the position and I definitely don’t take it for granted. It’s a good feeling to have.” 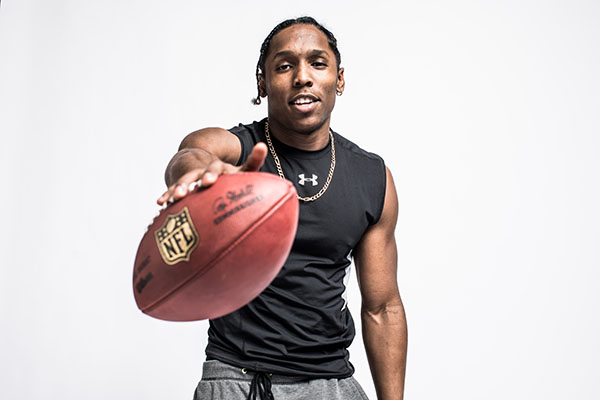 Images of USC defensive back Adoree’ Jackson during the 2017 NFL Scouting Combine on Sunday, March 5, 2017 in Indianapolis, IN. (Todd Rosenberg via AP)

This year’s draft boasts a strong defensive back class including Ohio State’s Marshon Lattimore, Sidney Jones (UW), Marlon Humphrey (Alabama) and Tre’Davious White (LSU) to name a few. Jackson is listed on several NFL draft boards outside of the top five at the cornerback position. He has, however, crept into some of those same boards as high as number one on special teams players currently projected to go in the second round.

With all of the competition Jackson is up against, he says it was nice to be back at USC among his former teammates who have become more like family, including wide receiver JuJu Smith-Schuster who had plans for both himself and Jackson.

Smith-Schuster told media members that the Rams were going to draft Jackson in the first round and himself in the second round. Jackson, a long-time fan of the St. Louis Rams says it would be a dream to play for the Rams in Los Angeles.

“I went to school here, I went to high school here for a little bit, so naturally I feel like it would just be a homecoming,” Jackson said on playing for the Rams. It would also be a reunion of fellow Serra and USC alumni Robert Woods, who recently inked a 5-year, $53 million deal with the Rams.

While Jackson expressed how great it would be to land on the Rams, he also mentioned playing on a team with a veteran like cornerback and return specialist Adam Jones of the Cincinnati Bengals. 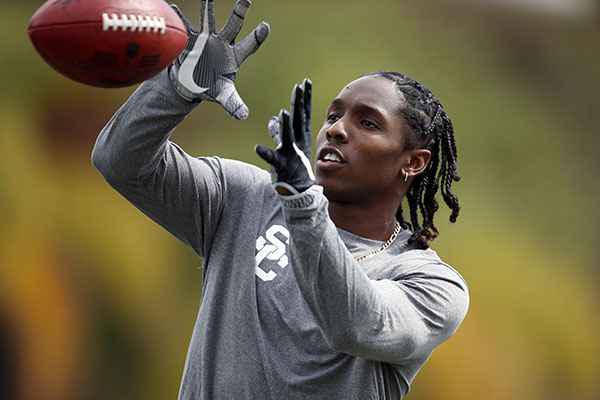 “I wouldn’t mind learning from him, seeing what he sees out there and just trying to take in as much as I can from an older guy,” Jackson remarked.

Comparisons have been made between him and former Michigan Heisman trophy winner Charles Woodson as their numbers have been remarkably similar. In 2016 alone, Jackson intercepted five passes and scored five touchdowns earning him the Jim Thorpe Award as the nation’s top defensive back. Not to mention, Jackson is also a 2-time defending (2015 and 2016) Pac-12 long jump champion for USC’s track team.

Whichever NFL team selects Jackson, it will be getting one of the most electric players college football has seen. 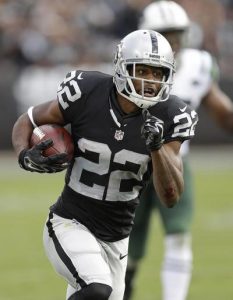 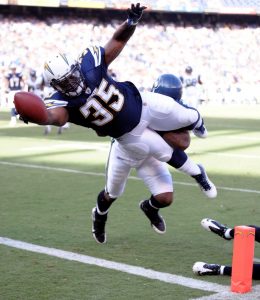 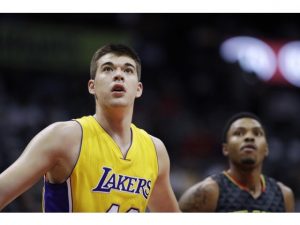 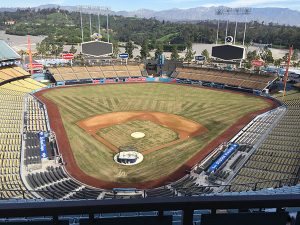 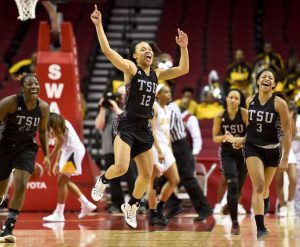