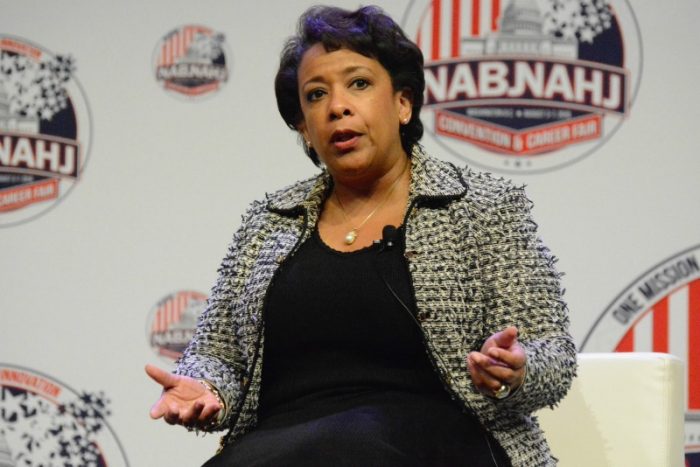 These tragic events, proceeded in recent years by numerous unwarranted deaths of black and brown people by police, point to a systemic problem that continues to escalate.

In the wake of these tragedies violence, protest marches for civil, human and social justice continue to erupt across the nation, echoing the civil rights movement of the 1960s.

US Attorney General Loretta Lynch says she is very concerned about the relationship between the police and the communities they serve.

“I’ve outlined this issue as a priority since I took office,” says Lynch. “However issues choose you.”

Lynch is visiting cities throughout the nation that have had a challenged relationship between law enforcement and the community.  On August 3rd she participated in a National Night Out event with Detroit police. The next morning she address black and Hispanic journalists during their convention in Washington D.C.

Her visits will be a series of forums to improve communication between police and the community.

“The accountability has to start at the local law enforcement level,” lamented Lynch while acknowledging “local prosecutors have to be accountable to the communities they represent too.”

Another remedy suggested by Lynch is that communities need transparency from law enforcement as it relates to disciplinary actions towards officer misconduct.

Lynch acknowledged that the task wouldn’t be easy “people have to know who to talk to, understand the police chief and how they are likely to respond to a given situation.”

Some of the important work that needs to be done between police and communities needs to come from the grass roots. “When I speak to law enforcement officials I remind them that the public needs to see how you enforce your own.”

Lynch acknowledges there are strong success stories out there however the events of the last month have been challenging. “It’s hard to find one solution to this large problem.”