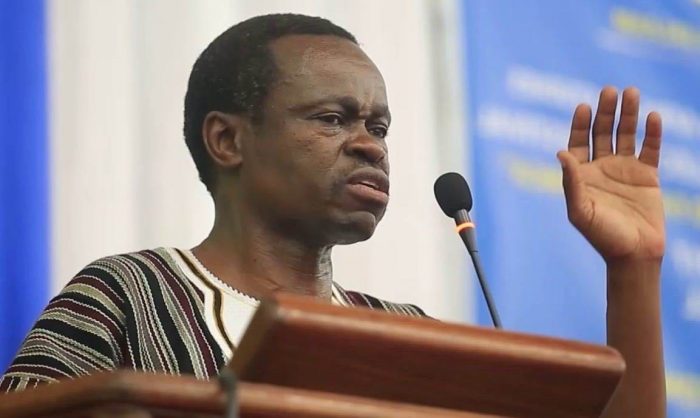 Zambian authorities roiled the nation’s waters by deporting an influential pan-Africanist professor before he could disembark at Kenneth Kaunda International Airport and before he could address a class of graduating university seniors on the topic: “Africa in the age of China’s Global Influence and Global Geodynamics.”

Outrage was fast and furious from many directions.

Mumbi Seraki, a PhD holder from the University of Nairobi in African Women Studies and the host of the Dr. Mumbi Show on YouTube, got right to the point. “A lot of people have been reaching out to me about Prof. Lumumba and asking ‘What’s going on?’”

“We already know,” she quipped. “Zambia is on its way to becoming the first colony of China.”

“Zambia is about to pop off,” she continued. “There’s a revolution coming. It can’t be stopped. The government thought that Lumumba’s speech would just be that match stick that would make everything blow up.

“It makes you think. China must have a bigger hand in Zambia than Zambians are even thinking.”

Zambia’s main opposition leader, Hakainde Hichilema, decried the decision to deny Lumumba entry as humiliating and irresponsible. He was echoed by the Council of Churches in Zambia whose general secretary called President Edgar Lungu “notorious for muzzling dissenting voices” in what was once a safe haven for peace in the region.

In an open letter, the Zambian Students Union called the move to disinvite the school’s scheduled speaker at the last moment “arbitrary and unpopular among students who resent their right to association and expression being infringed on.”

Earlier this week, the state-owned newspaper of Zambia caused social media outrage after it published a front-page story in the usual English and in Chinese. The information minister said it was part of plans to boost readership and advertisements.

China is the main investor in Zambia as it is in several other African countries. Zambia’s debt stock was  $8.7 billion at the end of 2017, and Zambia had borrowed at least $6.4 billion from Chinese lenders. The ability to repay is in doubt.