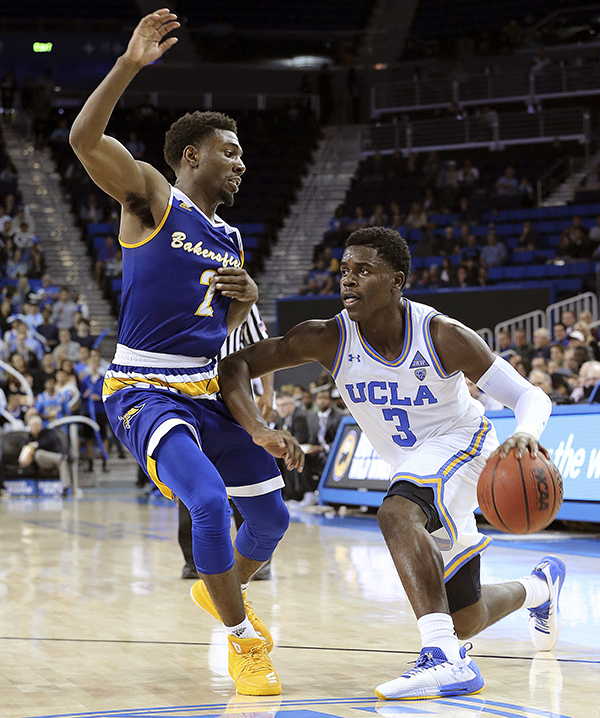 Coming off a dominant performance against UC Irvine, the Bruins struggled in their Wednesday night matchup against Cal State Bakersfield, nonetheless, still coming away with a 75-66 victory at Pauley Pavilion, winning their last six out of seven games.

The Bruins held the Roadrunners to 29 percent from the field and only allowed four made three-pointers in the second half, compared to the six made threes they allowed in the first half.

“I think three weeks ago we lose this game because so much of what our defense was about was how we were doing offensively,” Alford said. “And tonight, as bad as we were offensively at times, our defense was consistently pretty good and that’s a positive, that’s growth on the defensive end.”

Despite making only two of 17 three-point shots overall, UCLA made it a point of emphasis to get the ball inside and take advantage of the paint.

“This team has to continue attack the paint,” said coach Steve Alford. “Think we can be a good driving team, I think we can be really good team in transition, getting to the rim and we’ve got good post guys who can finish inside, those guys can really post.”

Freshman guard Jaylen Hands returned from a mid-ankle sprain after not suiting up against UC Irvine and not practicing the last two days.

He missed all five of his field-goal attempts but made 7-of-8 free throws and had four rebounds and four assists.

It was safe to say Hands was not normal self as he was still working himself back into the flow of things and coach coach Alford was pleased to have another explosive weapon back to the team. 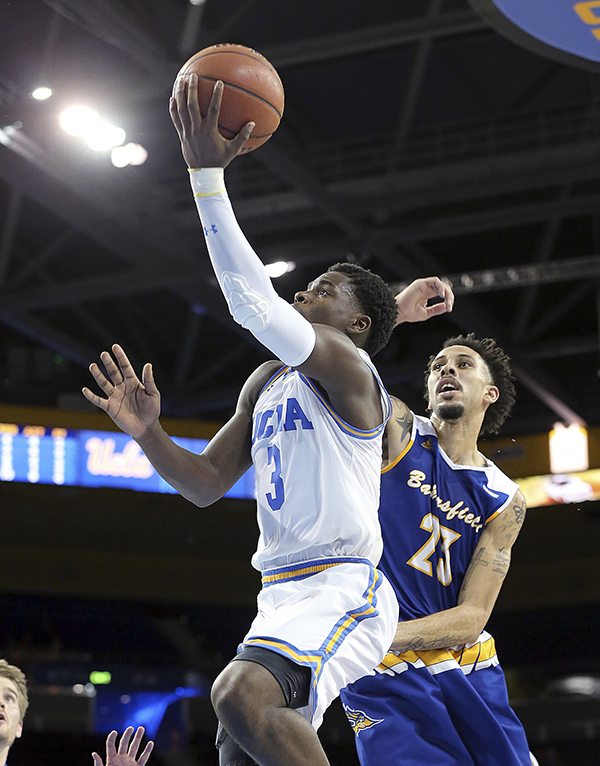 “He hadn’t practiced so we knew he’d probably be a little rusty just because he hasn’t practiced much,” said Alford. “I thought he played hard and I didn’t see many ill effects on his foot.

UCLA’s offense was stagnant early on as the team did not have its first assist until the 11 1/2 minute mark of the first half, totalling only five assists after 20 minutes of play, where the Bruins still found themselves leading 29-27 at halftime.
Aaron Holiday led all Bruins scorers with a game-high 16 points, as the six-foot one junior guard snatched seven rebounds and also dished out six assists, being active all over the floor.

“We just needed to settle in which we did toward the end of the first half,” said Holiday. “We started to move the ball then, but it obviously was an emphasis because we didn’t really pass the ball well in the first and we got it going in the second half.”

However, the Roadrunners answered with a 9-2 run of their own, decreasing the the deficit to 58-49.

With two-minutes left in the game, UCLA center Thomas Welsh pushed the lead back to 15, after he stuffed home a dunk, 68-53, not allowing the Roadrunners to go on another run.

“I’m just trying to be aggressive, play hard and give everything I got every game said,” Thomas Welsh who had his fifth double-double of the season with 13 points and 10 rebounds.
“I just try and get every rebound I can, offensively and defensively because I know it will finish a stop for us or get a good look for us on the offensive end .”

The Bruins will be back in action Sunday evening, as they will host Detroit Mercy, in their third of a four-game home stand.