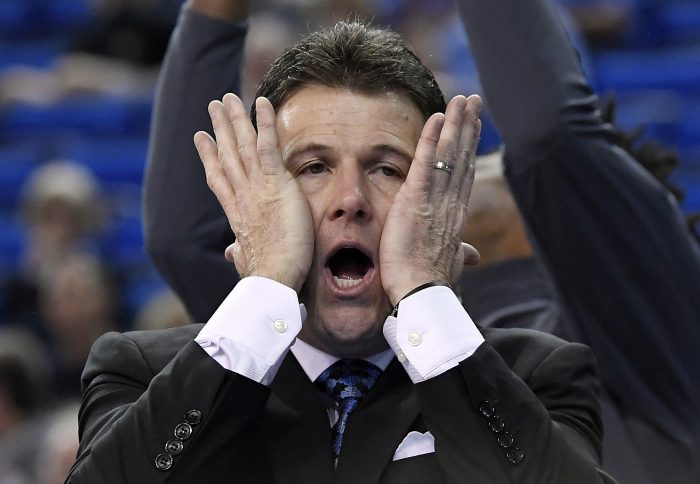 The only thing surprising about UCLA’s announcement that Steve Alford was dismissed as the men’s basketball coach was how quickly it happened following the 73-58 loss at Pauley Pavilion to little known Liberty.  The fact that it was the team’s fourth consecutive loss and that the discontent was apparent as the team was booed by its home crowd at several points during the game may have been some indication that an immediate changed loomed.

“I’m extremely appreciative to everybody at UCLA for what has been a tremendous run and the chance to work with such special student-athletes and coaches,” Alford said in responding to his discharge.  “While I wish we could have had more success, my family and I are so grateful for our time in Westwood. We wish this program nothing but the best. I sincerely hope that the UCLA community will rally around this team, its players and the coaching staff as Pac-12 play begins.”

The team was just four days away from opening Pac-12 conference play against Stanford on Jan. 3 when Alford was relieved of his duties making it the first in-season firing in the 100-year history of the program.

“Throughout my career as an athletic director, I have maintained a belief that making a head coaching change during a season is rarely in the best interests of our student-athletes or program,” said UCLA athletic director Dan Guerrero in a statement. “In this case, however, it is now clear to me that what is best for our current students and for the overall good of the program, is to make this change now.”

Assistant coach Murry Bartow takes over as interim coach through the rest of the season for the Bruins, a program that boasts a record 11 national championships. Assistants Tyus Edney and Duane Broussard will also remain on staff.

Alford will receive a $3.6-million buyout from athletic department-generated funds plus the balance of his salary for this season to be compensated for his contract that ran through April 2021.

“While Steve led us to three Sweet 16 appearances, we simply have not been performing at a consistent level and our struggles up to this point in the season do not bode well for the future,” stated Guerrero.

Guerrero expressed that it was imperative to make a change given the team’s 7-6 record after a 4-0 start. During Alford’s time as the Bruins head coach, he compiled a 124-63 record with four NCAA Tournaments and three Sweet 16 appearances. This season made number six for Alford, who coached 11 NBA draftees including seven first-round picks through five seasons.

“On behalf of UCLA Athletics, I want to thank Steve, Tanya and the entire Alford family for their commitment to UCLA and wish them all of the best in the future.”

The Bruins are 2-0 in Pac-12 play with wins against Stanford and California since Alford’s departure. 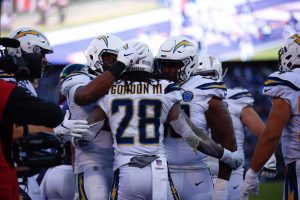 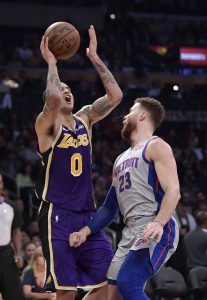 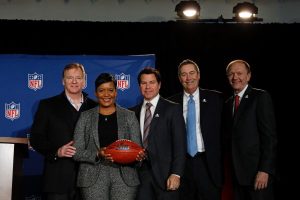 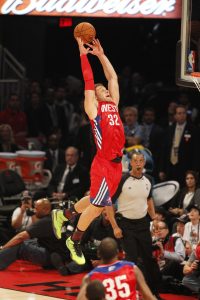