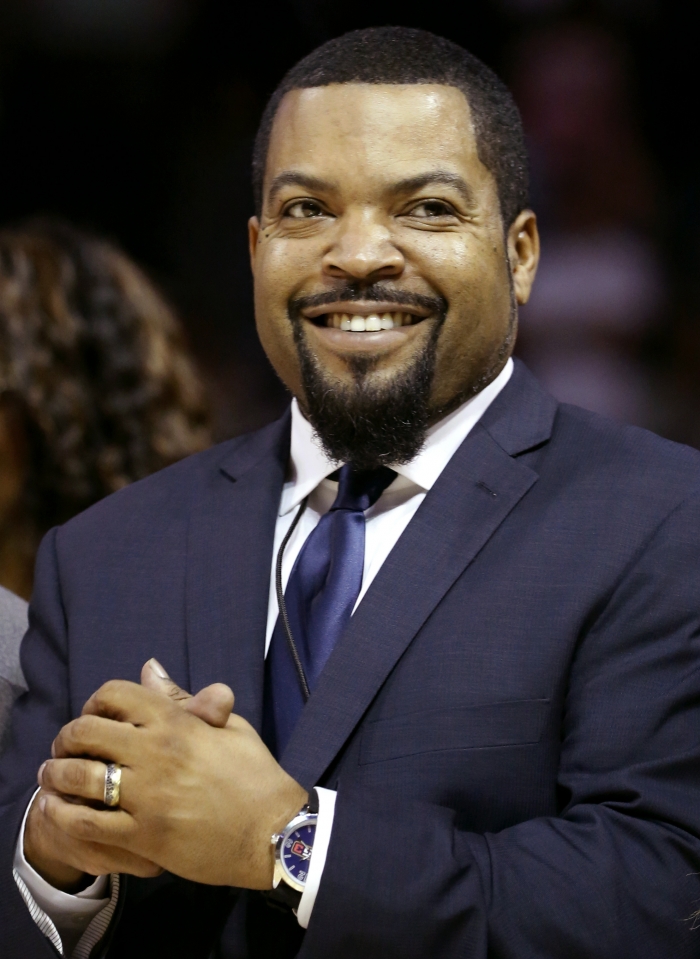 “Ice Cube is the living embodiment of innovation,” said Jay Tucker, executive director for the Center for Management of Enterprise in Media, Entertainment & Sports (MEMES) at UCLA Anderson, which chooses the award recipient.

“He launched his career as a teenager, telling stories about his neighborhood and his community in a genre of music that was still in its infancy. Today, he’s widely recognized as a pioneer in music, a Hollywood icon and a game-changing entrepreneur in the world of basketball,” Tucker said.

Jeff Moorad, a UCLA Anderson adjunct professor and board member at its Center for MEMES, called Ice Cube, who founded the 3-on-3 basketball league Big 3 and a clothing line, “a remarkable business leader, in that he brings his authentic self to his projects and makes everyone around him more successful.”

Moorad also said the 50-year-old father of four “has been very supportive of UCLA Anderson, speaking to our MBA students and providing insights that can’t be found anywhere else.”

The award — which was presented at the Center for MEMES’ annual Pulse Conference at UCLA — “recognizes an industry executive who has pushed the frontiers of innovation in the entertainment industry.” Past recipients include Jeffrey Katzenberg and Jerry Bruckheimer.

“I’ve always tried to be a game changer through each step of my career, and to be honored with UCLA’s Game Changer Award in my hometown is incredibly meaningful,” said Ice Cube, whose real name is O’Shea Jackson.

“Thank you to the UCLA Anderson School of Management for selecting me and providing me and my family with this remarkably proud moment.”

Ice Cube formed the hip hop group N.W.A alongside Dr. Dre and Eazy E in the mid-1980s and was its primary songwriter and performer, noted for becoming one of the founding artists of gangsta rap.

“What it is, we were true to ourselves,” he said during Friday’s ceremony. “So the world recognized that. And if we wasn’t, if we were trying to be like the New York rappers, I wouldn’t be sitting here today.”

After leaving N.W.A in December 1989, he embarked on a successful solo career and transitioned into film, landing a starring role in “Boyz n the Hood.”

He is responsible for five major film franchises, including the “Friday” series, and has produced nearly 20 titles, including “Straight Outta Compton,” which was based on his early years a member of N.W.A.