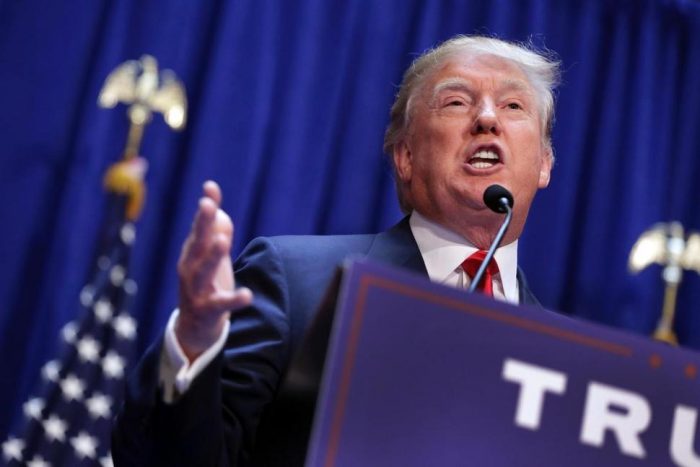 Presidential candidate Hillary Clinton did not make a victory speech November 8, after a variety of media outlets began to call Donald Trump as the new United States president elect.  As of Sentinel press time, Trump was ahead with 266 electoral votes to Clinton’s 218 in a nail biting contest that surprised many Clinton supporters. Many attributed the win to Clinton’s weak campaign, saying that it did not inspire enough Trump opposers to actually vote for her.

“Donald Trump’s tough talk about Latinos and African-Americans failed to send enough voters in these groups into the arms of Hillary Clinton,” wrote CNN’s Tami Luhby and Jennifer Agiesta.

“Some 88% of black voters supported Clinton, versus 8% for Trump, who said repeatedly that black communities are in the worst shape ever. While that’s a large margin, it’s not as big as President Barack Obama’s victory over Mitt Romney in 2012. Obama locked up 93% of the black vote to Romney’s 7%…”

As polls began to close across the country, some were already conceding to a Trump win, albeit not happily or willingly. CNN analyst Van Jones called it a “nightmare” and told reporters that it would be “difficult for many parents to explain to their children how a man who regularly insults and belittles others was the president-elect.”

Trump, 70, will be the 45th president of the United States. A real-estate developer and former reality-TV star, Trump is the first person to win the presidency without having previously held public office or served in the U.S. military.

According to the Washington Post, “Trump’s victory could produce significant repercussions, both economic and political.”

The win also handed the GOP control over both the  House and Senate and that, according Washington Post reporters, “could lead to long-sought GOP dreams coming true, like the repeal of Obamacare and the end of regulations limiting greenhouse-gas emissions. But it could also lead to Republican infighting, since Trump’s policy ideas – including more friendliness toward Russia, and protectionist trade positions – are starkly at odds with what other many Republicans believe.”

Perhaps one blogger, D. Watkins summed it up best on Salon.com.

“Maybe we can pool our money together, redefine education, start our own army and even build a wall,” he wrote.

“A real wall — far more impressive than the one Donald is lying about building between us and Mexico. A massive bulletproof structure to separate us from Trump, the KKK, his supporters, his KKK supporters, all the heavily armed George Zimmerman types and the rest of the morons who hate and or try to destroy blackness — like Ben Carson and Stacey Dash.

“I would also like to extend the invitation to all Mexicans as well­­­­ — because even though we disagree on everything from dance moves to our taste in music to the way we wear our jeans to how rice should be prepared­­, we all have to unite and protect ourselves from Donald Trump and the long list of angry supporters who are going to be even angrier when he doesn’t make good on any of his promises…”