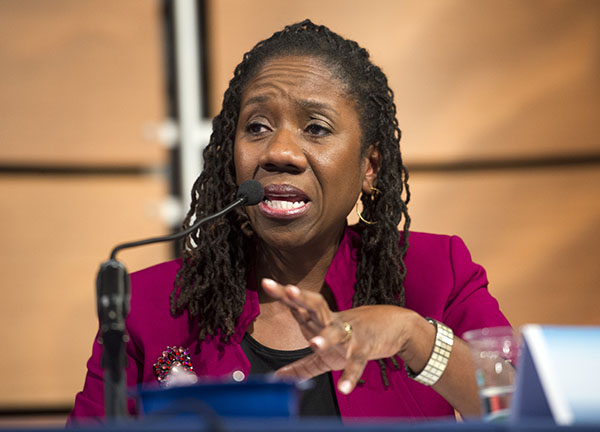 The nation’s largest civil rights organization says it will closely monitor President-elect Donald Trump and his incoming administration’s policies and actions to ensure that hard-fought civil rights gains are not lost without a protracted fight.

“We will not accept proposals to roll back civil rights … not on our watch,” Wade Henderson, president of Leadership Conference on Civil and Human Rights, said Monday.

Seven of the nation’s largest civil rights organizations _ the NAACP, the National Urban League, the National Coalition on Black Civic Participation, the Lawyers’ Committee for Civil Rights Under Law, the NAACP Legal Defense and Educational Fund, the Leadership Conference on Civil and Human Rights, and the National Action Network _ also criticized the appointment of conservative media executive Stephen Bannon as Trump’s senior counselor.

The selection of Bannon, a favorite of the alt-right and white nationalist movement, concerned many of the groups, which said they would be prepared to organize and mobilize if necessary. “This is not a good sign if we’re talking about the unity of our nation,” said Melanie Campbell, president of the National Coalition on Black Civic Participation and convener of the Black Women’s Roundtable. 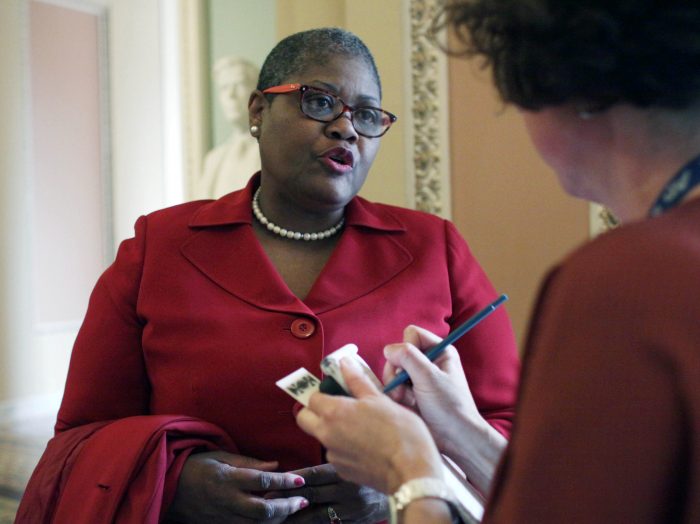 Melanie Campbell, president, National Coalition on Civic Participation, speaks to a reporter on Capitol Hill in Washington, Wednesday, April 15, 2015, as a group of civil rights and religious leaders protested the delay of a vote to confirm Loretta Lynch to be Attorney General outside the office of Senate Majority Leader Mitch McConnell of Ky. (AP Photo/Lauren Victoria Burke)

With black and Hispanic voters, Trump apparently did as well as Republican Mitt Romney when Romney lost to President Barack Obama in 2012, according to exit polls. Trump appeared to have won more than half of white voters, who made up 70 percent of the electorate.

Trump has cooled on his campaign rhetoric, seemingly backing off his vow to build a solid wall along the southern U.S. border on Sunday. House Speaker Paul Ryan also has rejected any “deportation force” targeting people in the country illegally. But that doesn’t mean that other Trump policies, like his admiration of “stop and frisk,” or his desire to attempt to ban Muslim immigrants from the United States, aren’t still on the agenda, the groups said.

“I think we’re mistaking a change in tone with a change in content,” said Rev. Al Sharpton, head of the National Action Network. 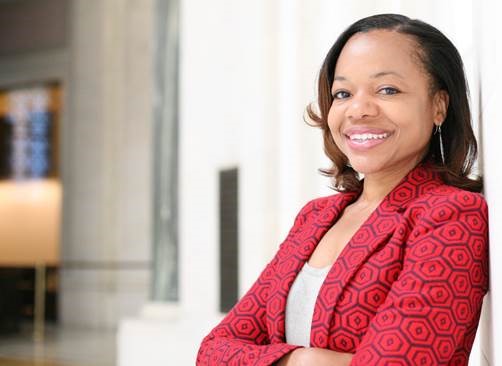 The groups said they would wait to see Trump’s actual policies dealing with the inner cities, which the president-elect said he would focus on. There are some areas in which they can work with the Trump administration, but “these seem to be the exceptions rather than the rule,” Henderson said.

Sherrilyn Ifill, president of the NAACP Legal Defense and Educational Fund, Inc., and Kristen Clarke, president of the Lawyers’ Committee for Civil Rights Under Law, said they would continue to work on voting rights issues under the Trump administration, given they fielded thousands of voting rights complaints _ 30,000 on Election Day alone, according to Clarke _ during last week’s elections. Fourteen states had new voting or registration restrictions in place for the 2016 presidential election, raising concerns that minority voters in particular would have a harder time accessing the ballot box. 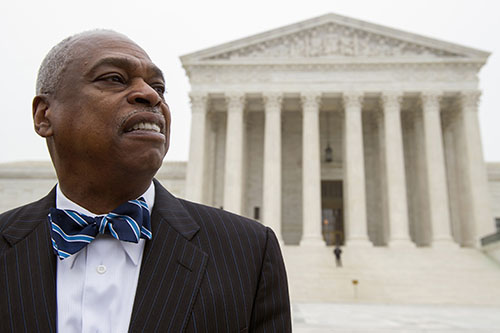 Wade Henderson, president of the Leadership Conference on Civil and Human Rights, waits outside the Supreme Court in Washington, Wednesday, Dec. 9, 2015, as the court heard oral arguments in the Fisher v. University of Texas at Austin affirmative action case. (AP Photo/Cliff Owen)

“We are not going to stand by as votes continue to be suppressed,” Ifill said.

With Republicans in control of the White House and Congress, the groups refused to say what their plans were for opposing any of Trump’s policies. “We will use all of the tools available to us,” said Cornell William Brooks, president of the NAACP.

The groups also refused to say whether they would seek a meeting with Trump before or after his inauguration. “Today is not a day to discuss meetings. Today is a day to say as loudly as possibly where we stand,” said Marc Morial, head of the National Urban League.