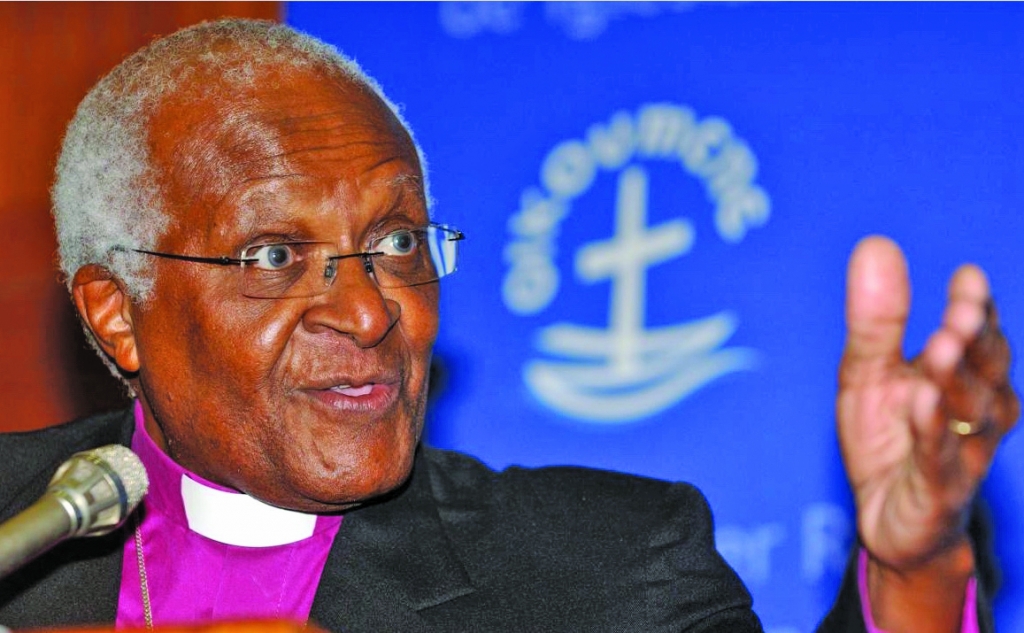 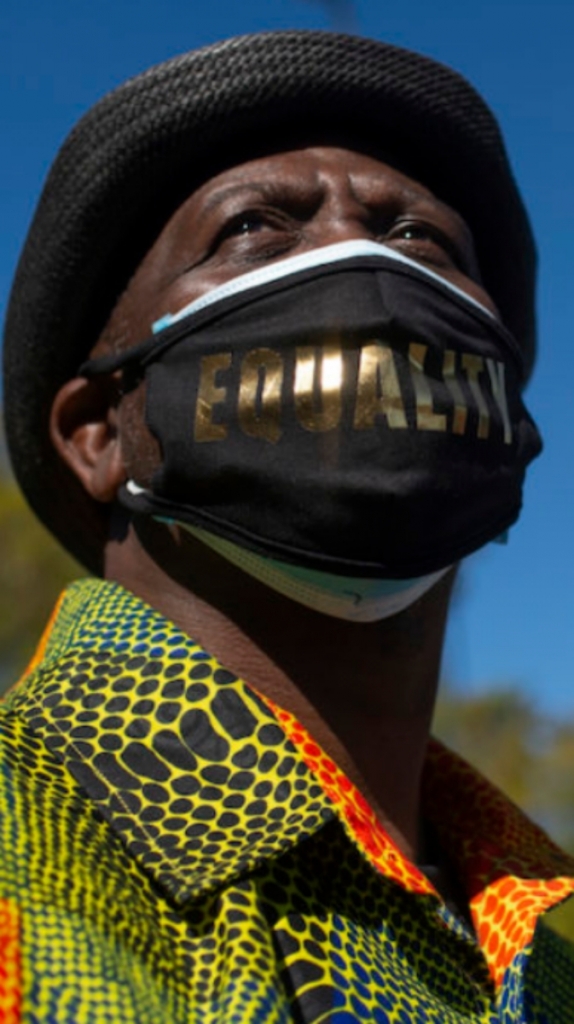 The vociferous voice of the voiceless has taken his final breath! Archbishop Desmond Mpilo Tutu was part of the greatest generation that bequeathed us a liberated South Africa. Also known as “The Arch,” he embodied the message and meaning of “Ubuntu” – the essence of inherent deep human connectedness sparked by deliberate divine love, compassion and peace.

At just five feet five inches, this former teacher stood tall as a bold prophet and priest who organized and mobilized against the tyranny of institutionalized racial hatred perpetuated by White supremacy, the politics of exclusion and religious nationalism.

The systemic vices of life under apartheid were no match for his spiritual resistance nor his reimagined vision of a rainbow nation. Even after the end of White minority rule, his progressive and independent-minded disposition never wavered in his fight for a fairer and more inclusive, democratic South Africa.
Known as the moral compass and conscience of the nation, his courage in defending human rights and advancing social justice while representing a God of liberation was always apparent, even at great personal cost.

“A prisoner of hope” – Archbishop Tutu’s following of a Jesus that was all about liberation – resolutely set him on a path to pursue a cause greater than himself, his community, church and country. Thus, his truth telling activated a moral awakening at the intersection of inhumanity and oppression called Klerksdorp, Soweto, Johannesburg, Cape Town and the world.

His fearless stance against the ruthless apartheid regime reverberated like an earthquake throughout the land. His courageous and catalytic leadership resulted in a pulpit that had national, continental and global impact. As a Nobel Peace Laureate, Archbishop Tutu continued to challenge the lack of outrage and indifference in the west at wanton destabilization and destruction of human life in South Africa.

He unapologetically apposed all forms of violence – that of repressive and unjust systems and that of those who seek to overthrow such systems. As the General Secretary of the South African Council of Churches, “The Arch” led the charge to defund apartheid through the non-violent strategies of economic sanctions and cultural boycotts. Such extraordinary courage to advance social justice, equality and inclusion continued beyond the fall of apartheid.

While fighting prostate cancer and becoming Archbishop Emeritus, he remained an ardent advocate for economic equity, alleviating poverty and ending the callous culture of corruption in a democratic South Africa. He often called out the Black political elite for their lack of transparency and accountability with as much prophetic zeal as he did with the leaders of the apartheid regime.

From Presidents Mbeki to Zuma to Ramaphosa, he often challenged his allies in the ruling African National Congress party over their ongoing broken promises and failures to address the poverty and inequalities that they promised to eradicate.

Given his trans-national and trans-continental impact as a practitioner of Black liberation theology, we have lost an insurmountable intersectionalist and a cunning catalyst for global human rights and planetary liberation.

South Africa, the African continent and the world are presently at tumultuous and dangerous crossroads. His moral, progressive and prophetic leadership of integrity over popularity will be sorely missed. As one who cleaved to every word of his sermons, marched with him in Joburg, visited with him on several occasions in the U.S., read most of his writings, I was profoundly impacted by his credence to neither be partisan nor neutral.

His words, “If you are neutral in situations of injustice, you have chosen the side of the oppressor,” will always be a clarion call to spiritual resistance of oppressive systems.

Archbishop Tutu believed whether in season or out of season, we must speak truth to power with God’s love as a lamp unto our feet and a light unto our path.

Rest from your labors, Mfundisi Tutu. Moreover, rise in power through all of us. Give us the audacity to become your vociferous voice for the voiceless and continue fighting for the eradication of apartheid in all of its social, political and religious manifestations in South Africa, the African continent and the world.
Ntate Tutu, thank you for making the God of liberation real to me while growing up in the crucible of apartheid. You informed and influenced my spirituality of radical inclusion. You instructed me in a theology of planetary liberation!

I am because of your accompaniment. I will continue to be because you will always be a constant companion! May your infectious laugh and contagious joy continue to infect and affect me as I continue to face the rising sun and keep the charge of moving people towards God’s beloved global world house.

You have fought the good fight against “otherization” caused by systems of marginalization. You have kept the faith on the path to bold belonging. While the race against global White supremacy, religious nationalism, authoritarianism and nuclear proliferation is not finished, you have bestowed us the compulsory tools to become “Ubuntu” – drawing intentionally courageous circles of concern through our inherent planetary connectedness.

You transitioned from boxing gloves to crown! As you join the great cloud of witnesses, may you abide in the righteousness, which God of liberation will award you, as one of our most recent ancestors. Breathe on! Hamba kathle.

Born and raised in South Africa, Pastor Kelvin Sauls is a Los Angeles-based faith leader and host of the podcast, “Faith Without Borders.” Also, is a senior fellow at the Atlantic Institute in Racial Equity and co-founder of the Black Alliance for Just Immigration (BAJI) in the United States and Beloved Community Coalition (BeCoCo) in South Africa. 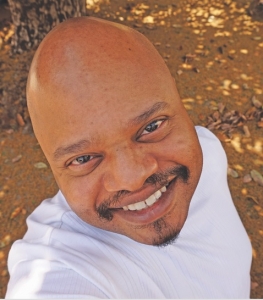 Words of the Week – We Have Trust Issues 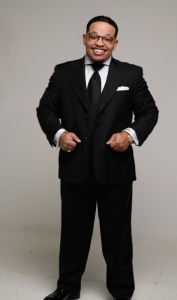 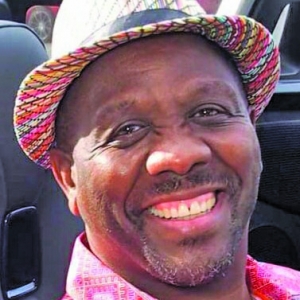 Words of the Week: Epiphany, Ambiguity and the Quest for Beloved Community 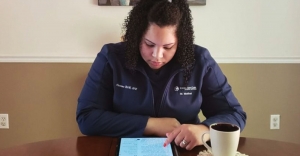 Burned Out from Lingering Pandemic, Some on Front Lines Find Faith an Antid... 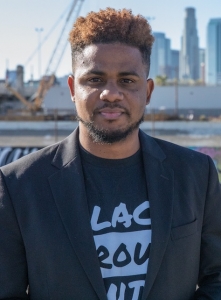 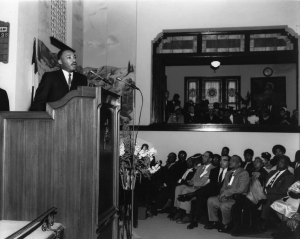