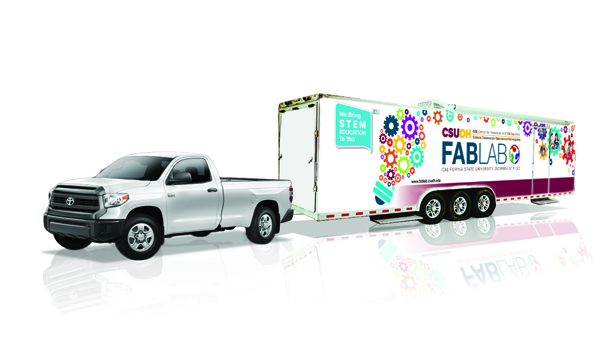 An example of a mobile fab lab, that Toyota and the Keck Foundation have collaborated to bring to Southland schools (courtesy photo)

“Thanks to Toyota and the Keck Foundation, we are now much more equipped to take engineering and mathematical concepts that are theoretical and physically put them in the hands of students to bring STEM to life,” said California State University Dominguez Hills President Willie J. Hagan, ahead of the debut of Four new mobile fabrication laboratories (fab labs) at the Carson campus on September 27. Toyota and the W.M. Keck Foundation partnered to create the fab labs, to help students enhance skills in science, technology, engineering and math. The labs, said program creators, will become part of a global network of about 900 labs that share common equipment and software.

“The fab labs are a significant tool in helping further STEM teaching and learning, which is critical to the future of California’s youth, and local and national industries seeking a larger pool of talented STEM graduates,” said Mike Goss, general manager, Toyota Social Innovation, who will speak on behalf of Toyota during the dedication. “Investing today in hands-on, creative, and exciting experiences for young people will pay dividends for local industries and America’s workforce now and in the future.”

The fab lab program began at MIT in Massachusetts via a grant from the National Science Foundation in 2001. The idea was to explore how the content of information relates to its physical representation and how an under-served community can be powered by technology at the grassroots level, according to the  Grassroots Invention Group and the Center for Bits and Atoms at the Media who collaborated on the project.

The fab lab concept also grew out of a popular class at MIT (MAS.863) named “How To Make (Almost) Anything”. The class is still offered in the fall semesters. 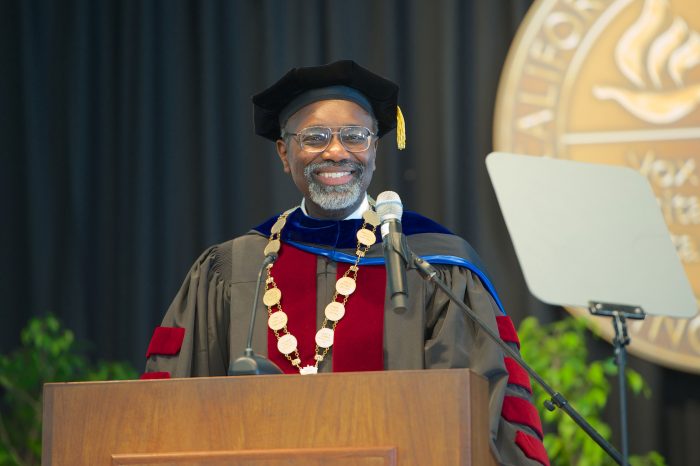 Meanwhile, here in the Southland, Hagan said, many of the schools the “fab labs will visit do not have the space or resources to develop high technology-driven programs that teach digital fabrication, or the computational literacy skills that prepare youth for college or the global workplace.”

CSUDH’s mobile fab lab project addresses several issues at the heart of the STEM crisis: the need for qualified science and math teachers; a need to inspire K-12 students through engaging STEM experiences; and the need for more women and minorities graduating with STEM degrees and pursuing careers in related field, according to its creators.

The fab lab dedication will also feature science, technology, engineering and mathematics-related activities for students from local schools, and an award ceremony for the winners of a STEM competition, as well as remarks by Toyota and local education leaders. 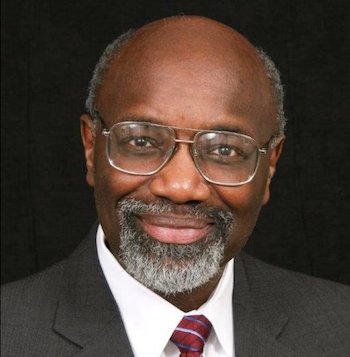 In addition to the fab labs, the Toyota USA Foundation has donated $4 million to support the design, construction, and equipment for CSUDH’s Toyota Center for Innovation in STEM Education (Toyota Center), which will be housed in the university’s new 87,000+ square foot science and innovation building.