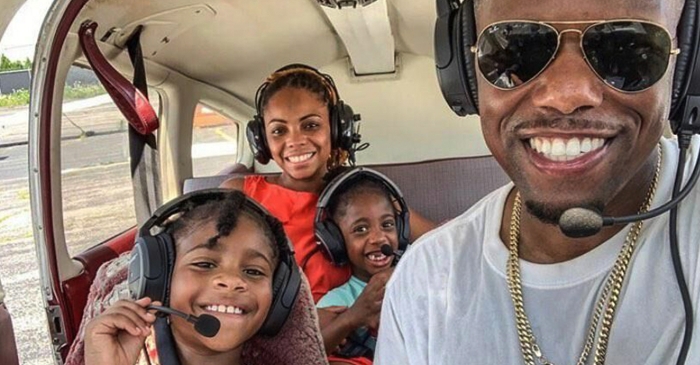 Jerome Stanislaus, a Brooklyn-born father of two, said although he dreamed of becoming a pilot, he never believed he would. And, that belief stemmed from a blunt observation: “I had never seen a black pilot,” he said.

Walking onto an airplane and seeing a black pilot is as rare as a blood moon sighting.

The Bureau of Labor Statistics reports that of the approximately 690,000 active certificated pilots in the U.S., less than 3 percent are African American.

While a blood moon occurs about every two years, Jerome Stanislaus often takes the pilot’s seat in the cockpit of a private aircraft.

He pilots friends, family members, and others from New York to Philadelphia.

And, there are occasions where he traverses the skies above the Big Apple on a traffic-beating short flight to Long Island.

“Right now, I’m in San Antonio going through Flight Engineer School in the Airforce for the C5 Galaxy,” Stanislaus said.

The C5 Galaxy is a large military transport aircraft.

“It’s a huge cargo plane, and I would like to continue training to make it [as a commercial airline pilot] when I am done with this school,” Stanislaus said.

Despite the limited amount of African Americans in the cockpit, Stanislaus said now is the time for people of color to join the pilot ranks.

“There is about to be a mass exodus of commercial pilots, and their spots will need to be filled,” he said. 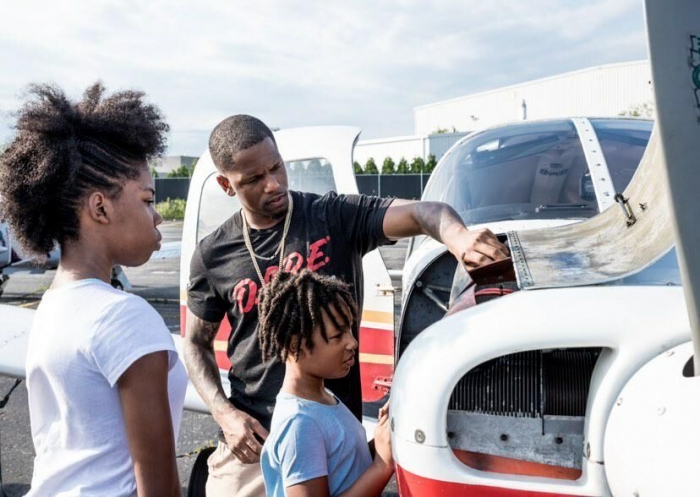 “African Americans should know that this is possible for them,” Stanislaus said.

The Brooklyn-born father of two said although he dreamed of becoming a pilot, he never believed he would. And, that belief stemmed from a blunt observation: “I had never seen a black pilot,” he said.

Earlier this year, Stanislaus began donating his free time to a nonprofit that helps racially diverse children and young adults explore their interest in flying.

“My family has always been extremely supportive of my flying. I have two daughters, and they have their dreams and flying isn’t one of them,” Stanislaus said. “As far as they are concerned they don’t need to be pilots if I can just fly them where they want to go,” he said.

After graduating high school, Stanislaus trained to become an aircraft mechanic in the Marine Corps.

Later, he earned a degree in airport management and then went to work as a school teacher.

Flying, however, remained his foremost passion.

He signed up for flight lessons and, in 2015, Stanislaus took his first solo flight on a Piper Warrior II single-engine plane.

While he doesn’t own a plane yet, Stanislaus said that is a dream that will one day become a reality.

It also makes sense because of the number of free flights he’s doled out to family and friends. He said he’s focused on saving money and he’s started a Go Fund Me to help expedite the process.

“The demand for what I offer is growing and renting no longer makes the most sense. In the long run, buying a plane is the most cost-effective course of action, so that is where I am focusing my money,” he said.

Stanislaus hopes to raise $50,000, and officials at GoFundMe have reached into their pockets, too.

“As part of our Gives Back program, we’re grateful for the chance to donate to campaigns that have touched us,” GoFundMe officials wrote on Stanislaus’ page. They donated $750 toward his goal. 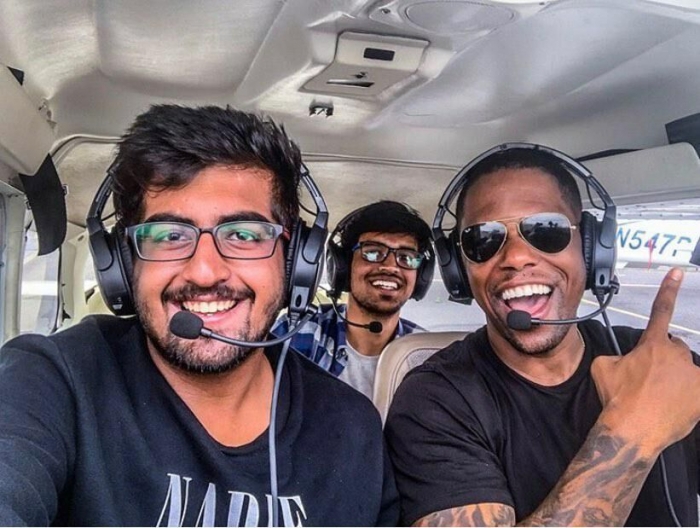 “In April 2014, I went on my first skydive for my [ex] girlfriend’s birthday,” Stanislaus said. “I was really calm and excited until I got into the plane and it started to leave the ground. During the climb, I had this internal fear that intensified tremendously, but I was calm externally,” he said.

When the door opened, Stanislaus said he could no longer “keep it together.”

“I began to freak out. All of my dignity, pride, and masculinity went out the door,” Stanislaus said.

“It was hands down, the scariest moment of my life.”

He later found the courage to complete the jump and then began searching drop zones to other jumps.

“I saw myself living myself to the fullest and inspiring others to do the same. Most importantly, I saw myself finding the courage to face the biggest fear in my life and enjoying the fuck out of it,” he said.

“My ultimate goal in life is to inspire others.”