Former CNN anchor, Soledad O’Brien is currently on tour with her “I Am Latino In America” town hall events. Having recently stopped at Occidental College in Los Angeles, O’Brien is giving students and millennials an open forum to discuss issues that are of importance to them.

She speaks exclusively to the LA Sentinel on why it’s necessary for African Americans and Latinos to come together to ensure the educational and economic success of the next generation.

LAS: Throughout your career, you’ve always championed for the coverage of topics that impact African Americans and Latinos in this country. You’re also a wife and a mother. How did you decide that this was the right time to spearhead a national tour with “I Am Latino In America”?

SOB:I think it’s a really interesting time to have a real conversation about what is the power of the Latino voice as we approach the 2016 presidential election. When we think about the issues that matter, obviously the news covers immigration, a lot. You might think immigration is the only story that actually affects us but when you poll Latinos you’ll see that education is the number one topic that they’re interested in talking about and economy is the second issue. I think we have this opportunity to bridge the gap around the kind of coverage about Latinos stories that we’re used to hearing versus the actual things that we want to talk about. This is an opportunity to have that conversation with some great experts that we’ve assembled who have real life experience with these issues. Also we’re hearing from an audience that was looking for a space to share what’s important to them; this was the perfect time for this tour.

LAS: What were you doing in your early 20s that prepared you for where you are today? What’s your advice for young women who are in the beginning of their career who aren’t sure how to balance their professional ambitions with their personal lives?

SOB: At 25 I was already a producer at NBC News; albeit a low level producer but I loved it. When we feel pressured to have achieved certain things by a particular age, it could ultimately hinder us. It’s great to have goals but those specific benchmarks can easily become irrelevant once you ask yourself, ‘where am I having the most impact?’ ‘Am I going after the stories I want to tell?’ When you change your focus to your purpose, you stop worrying about how much money you’re going to make and your job title because those things to some degree are irrelevant if you don’t love your work.

When I was 25, I was new at my job so I wasn’t particularly great but I knew I was going to make a career out of journalism. My advice to young women who are looking to be successful; make sure you’re passionate about whatever it is that you’re doing. And make sure you’re fulfilled by the opportunities within your job.

LAS: How can African Americans and Latinos, who have a very similar plight in America become more unified?

SOB: When I did my “Black In America” documentary and it really looked at the demographics around black and Latino men who were being subjected to ‘Stop & Frisk’ in New York City. A lot of the issues both races deal with are the same; I don’t think we intentionally separate ourselves sometimes we just don’t talk about it. I’m a big believer that there’s more power in numbers and the more you can expand the stories that are relevant to both communities, the better. For example, a school that’s terrible for black kids is terrible for brown kids. We have to figure out ways to navigate the school systems and make sure that we’re investing in a public education system that’s beneficial for all kids.

LAS: In a previous interview you mentioned being critiqued for your extensive and continuous coverage of black and Latino stories. As you continue your “I Am Latino In America” tour into 2016, how do you handle the criticism that you’ve already addressed these issues too much?

SOB: It’s funny to me; those criticisms make me laugh. I remember someone saying ‘You’ve done seven installments of “Black In America”, isn’t that enough?’ I was said ‘No, because  we have hundreds of stories to tell!’ It doesn’t upset me when people are annoyed or bothered by what may seem to them as a redundancy of topics about blacks and Latinos. As a reporter I welcome those types of conversations and dialogues. Even when it’s uncomfortable, it’s still necessary.

The more important question that should be taken into consideration, is the journalism good? Is the story being told well? That’s all I’ve ever cared about. When I was a little girl, my mother used to say, ‘Don’t ever let anyone tell you you’re not black, don’t let anyone ever tell you you’re not Latino.’ We lived in an all white neighborhood so there wasn’t anyone not telling me I wasn’t black or Latina but as I grew up and started reporting, especially on issues that were under represented in the media, I better understood what my mother was telling me, I think her advice was excellent then and it’s excellent now; don’t worry about the chatter, do a good job, produce great work and do reporting that you’re proud of. It doesn’t matter what anyone else thinks about what’s “too much” what’s “enough” or if you’re telling the “right” stories, just do good work.

LAS: For our next president what are the top two things that should be addressed that are the most impactful for millennials?

SOB: People want to know how do they pay for education and they want to figure out how to find and maintain meaningful employment. Education and the economy are polled by Latinos as the top two most important issues. But those are also the issues that everyone cares about, regardless of race; so we don’t need to be divided over it. A smart politician needs to come in and create a plan for when our students graduate college, there are opportunities in fields that interest them and a job that’s a career. A president who’s plans can embrace and incorporate every millennial will be successful. 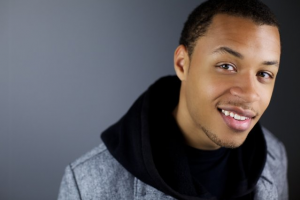 Chi-Raq’s Wade Wilson talks about his new movie and working with Spike Le... 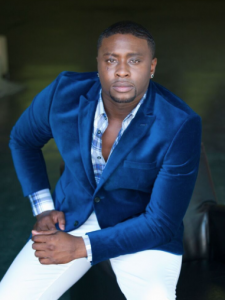 Hearing the Harmony Beyond Music 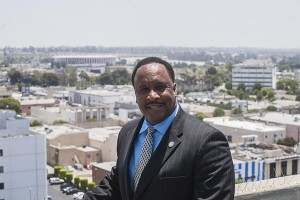 Man of the Hour: A Conversation with Inglewood’s Mayor James T. Butts