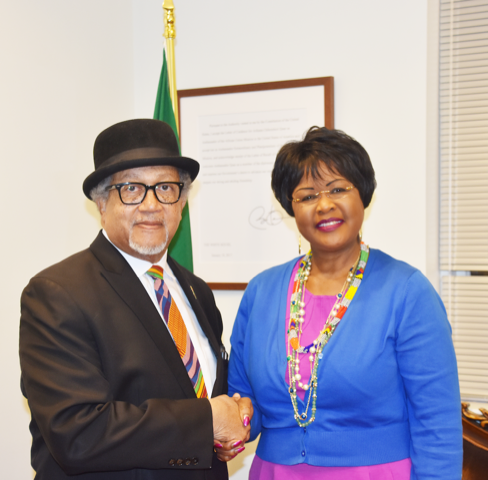 As she entered her office in Northwest Washington, D.C., African Union (AU) Ambassador to the United States, Dr. Arikana Chihombori-Quao, struck observers as an image of grace.With the colors of her beloved Africa draped around her neck, her purple dress perfectly exuded royalty — though likely not intended.

The Ambassador’s words are unchoreographed, seasoned with salt and a charm that clearly communicates that she should never be thought of as someone whose opinions are easily swayed.

Dr. Chihombori-Quao knows that the world has long mistreated and neglected Africans – particularly the African woman.“We are the original people and we have every reason to stand up in the tallest mountains to proclaim who we are,” the ambassador says unapologetically.

“We are beautiful, intelligent, sophisticated, highly adaptable and totally indestructible people – the Africans,” she said.“Any other race that would have gone through what we’ve been subjected to would have been extinct and that’s the truth,” she said, never having to raise her voice because the conviction in which she speaks is loud and unmistakably clear.

“Also, as black women, we are the only ones who could reproduce ourselves,” the Ambassador said in a room that contained a few men and just one other woman.

The men in the room, which included this reporter, could only agree.

“We could mate with anyone and produce a black child,” she said.

“Normally, that’s what you see with dominant species. It’s a fact they may not like to hear, but ours is the dominate gene. That’s why I say when I speak people may get offended, but I come from a place of truth and fact.”

The place that Dr. Chihombori-Quao “comes from” has many in the diaspora excited about the future – a future that could finally see Africa return to its former glory.

She completed her undergraduate education at Fisk University in Nashville, Tenn., and later matriculated at Meharry Medical College where she earned degrees in general chemistry, a master’s degree in organic chemistry and a Doctor of Medicine.

After practicing medicine for 25 years, she’s actively been involved in numerous AU programs and projects and served as chair of the African Union-Diaspora Health Initiative, where she helped mobilize health professionals in the diaspora to assist in addressing the health care needs of the African continent.

Since accepting the AU Ambassador position, Her Excellency has earned praise as a leader whose brought renewed energy and new ideas to the AU Mission.

“How do you transition from being a medical doctor to a diplomat? It took me about six months to finally process it and eventually say, well maybe this is something I can do,” she said.

“It’s a man’s world and I didn’t know if I could deal with that, but after much back and forth, I had a conversation with the chair of the African Union and she told me that she felt a medical doctor would make a good diplomat.”

The former Chairperson of the African Union Commission for the continent, H.E. Dr. Nkosazana Dlamini Zuma, is also a medical doctor.

“It might surprise you that quite often patients come to you and need help, but they may not be truthful. They may say they have a headache, but the real problem is an abusive husband. A belly ache might be… mental.

“You try to reach out and find out what’s going on at home and in their life. I can honestly say I find myself in many situations where being an experienced doctor comes through in this job.”

Still, among the defining circumstances that led to Her Excellency accepting the Ambassador’s position is her love of Africa and her desire to turn things around on the continent.“It became increasingly apparent how we feel as Africans doesn’t matter. We are disrespected and we really needed a voice,” she said.

“That’s what this mission is all about – being a voice for all Africans on the continent. Once I realized that, I decided I would stay on the job. I needed to be here.”

Surprisingly, the Ambassador said she’s received virtually no push back. “It’s easy for us as our point of view as Africans is that we are in the right. We are coming from the point of righteousness. There’s no other way to slice it; it is what it is,” she said.

H.E. Dr. Chihombori-Quao is among those leading the push to undo what occurred at the Berlin Conference 134 years ago when the various European powers salaciously explored, divided, conquered and exploited the entire African continent.

Known as “The Scramble for Africa,” thirteen European countries and the United States met in Berlin and made rules that divided Africa in 53 separate nations.

“They were haphazardly going into Africa to grab whatever they could … [they said] let’s organize so we could effectively loot them,” H.E. Dr. Chihombori-Quao said.“That strategy is still in place, unabated with nobody challenging it. It’s just accepted,” she said.

Her Excellency said Africans must stop accepting crumbs off the table and get a seat at the top of the table itself.

Although it’s estimated that $50 billion leaves Africa each year because of corruption, Dr. Chihombori-Quao notes that France still extracts a colonial tax of $500 billion annually from francophone African countries.

However, if this Ambassador has her way – and there’s little doubt that she can succeed – things will change.

A major part of that change is a new “Wakanda” project launched by Her Excellency that’s expected to raise $5 billion in development funding over the next year or so.“The Wakanda One Village Project,” will be funded by Africans throughout the diaspora who will be its sole owners.

It will consist of five African Centers of Excellence in each of the five regions of the continent, which will serve as nerve centers for development delivering state-of-the-art healthcare facilities, hotels, industrial homes, shopping centers and other amenities.

“We are going to build the Africa that we want so those [throughout the diaspora] who say I cannot go home because home is not what I am used to will make it what they want,” Dr. Chihombori-Quao said.

PART II in this series will cover the Wakanda One Village Project. 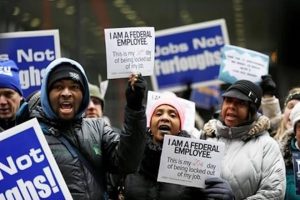