Legendary Peruvian artist Susana Baca joins Banda Magda and Snarky Puppy’s Michael League for a one-of-a-kind performance, only at The Soraya, on Friday, February 22 at 8:00pm. Baca is an ardent advocate for Peruvian blacks and indigenous peoples. Greek-born singer, composer, and accordionist Magda Giannikou, leads Banda Magda, which moves from Greek folk tunes to Colombian cumbia, an eclectic mix that brought them to 22 nations. Giannikou is a champion of music education and has joined Baca in her work in South America.  Michael League, who represents them both on his label GroundUP, will join these two powerful performers onstage.

“This show came about in a very serendipitous way,” said Justin Souza, The Soraya’s Program Director. “Both Susana Baca and Magda Giannikou (lead singer for Banda Magda) have a similar ethos when it comes to the power of music to create positivity and inspire future generations.  And Michael League, an incredible musician in his own right, has produced albums for both artists.  I saw an opportunity to bring these three together and create a celebration of music from across different countries and generations. With these three on stage, I have no doubt that it’s going to be magical.”

For decades, Susana Baca has represented Peruvian music to the world, with an artistic approach that makes it totally modern. From her beginnings, growing up in a servant’s alley in Lima, Peru, to her current status as an internationally – known diva of song, it’s been an inspiring and unlikely journey. Baca is also an expansive artist. She’s covered tunes by Caetano Veloso, Björk, and dozens of Cuban artists. Baca infuses every song and style with her own understated elegance, adding elements of son, cumbia, plena, son jarocho, and other types of music to her own Afro-Peruvian style; and her band breathes with her. With their defining timbres they keep it rooted in Perú while adjusting the latitude of the rhythm and the harmony to wherever Susana Baca goes and whatever guests she brings along. Breath of Life says, “You might say that Susana Baca’s music catalog is the world’s most beautiful, and funkiest, history lesson” – Breath of Live

Michael Leauge is the bassist, composer and bandleader of the New-York based jazz and funk collective Snarky Puppy.  Snarky Puppy seamlessly fuses a deep knowledge and respect for musical tradition with sonic and conceptual innovation in a way that is able to reach the most critical- or most carefree- audience. Though an instrumental band in nature, Snarky Puppy thrives on collaborating with artists from all styles. Their Family Dinner album series is a vehicle for this, having seen the likes of Salif Keita, David Crosby, Lalah Hathaway, Becca Stevens, Laura Mvula, Brazilian legends Carlos Malta and Bernardo Aguiar, Swedish neo-trad group Väsen, Jeff Coffin, Charlie Hunter, and many more.

Led by Greek-born singer, accordionist, and composer Magda Giannikou, Banda Magda incorporates samba, French chanson, folk tunes and various strains of South American music into an effervescent blend of world pop that feels totally modern, yet is possessed of a sunny, mid-century vibe. Founded in 2010, the New York based band is a true global melting pot, with members hailing from Greece, Argentina, Japan, Colombia and the U.S., and original songs composed and arranged by Giannikou, sung in six languages. Their first two Michael League-produced albums — 2013’s Amour t’es là, 2014’s Yerakina — have shown a steady growth of scope and sophistication matched by the band’s dramatically risen profile, earning Top 10 placement on the Billboard World Music Charts as well as coverage on NPR’s All Songs Considered and “10 Favorite World Music Albums.” With Tigre, Banda Magda has made its boldest step yet, with an expanded lineup of musicians giving life to Giannikou’s entrancing compositions that bear the subtitle “Stories of Courage and Fearlessness.”

For more information or to purchase tickets, visit The Soraya or call 818-677-3000. Younes and Soraya Nazarian Center for the Performing Arts is located at 18111 Nordhoff Street, Northridge, CA 91330.  Ticket prices subject to change.

About Susana Baca
I am from Chorrillos, in the Southern part of Lima, which has changed a lot over the years, but when I grew up there where a lot of stables, farms and fisherman, fixing their nets, and a beach where rich people came to pass their vacations. I began to get interested there in Chorillos. On Sundays, Black families got together on their only day off and they would cook food and play music. People worked as laborers, doing wash, domestics, cooks etc and on Sundays they would come together as families to eat and to play the music they heard on the radio, Cuban music, Cumbias, Mexican songs, Tangos. I would be playing with the other kids but when they would start playing music I would leave the kids to join the adults.

There was Cuban music, boleros. Tangos, but there was little Peruvian music on the radio and people reached back to remember Danzas, Waltzes and other styles. This when I heard Celia Cruz play Palo Mayimbe, it felt like something very much ours, even though it was Cuban. This is how I feel about this record, it is our celebration of the African presence in the Americas and the way it has become a part of Latin America.

The culture, music, and our whole selves are all about the mixture of Spanish Indian and African cultures. The Spaniards that came to Peru encountered a very strong civilization even here in Lima that was the center of the Spanish influence. There was a strong Incan influence and the Africans that first came along with the conquistadors and then later as slaves brought to Cartagena, Colombia and then to the Peruvian Coast along with the other slaves on sugar and cotton plantations and they were property of the Spaniards and declared property of the church, Dominicans and Jesuits.

This record is a celebration of the African presence in the Americas, the experience of people that underwent this journey, where only the strong survived.

I feel the music of Cuba, Colombia, Ecuador, Argentina and Puerto Rico as if it were mine. It is my essence, like the drummers of Guatire from Venezuela. I feel like they are talking to my soul, even though I am not Venezuelan I feel a part of this.

I have traveled to many places where Afro Descendents live in Latin America, many of them poor and forgotten places, neglected and excluded by governments where there is a social exclusion but at the same time I feel that they have a spiritual strength to express the African presence. So I try to sing songs from these places, even though I left out a lot. I celebrate the shared blood and the way that the African presence has influenced Latin America.

As a military brat, he was born in southern California and grew up in both southern Alabama and northern Virginia. Michael attended the University of North Texas’ jazz studies program for 4 years, then moved to nearby Dallas for another 3 years, where he worked with some of the most influential figures in modern gospel, R&B, and soul music, and was mentored by legendary keyboardist Bernard Wright (Miles Davis, Chaka Khan).

Michael runs the award-winning instrumental music ensemble Snarky Puppy, whose grass-roots approach to the changing music industry has met major critical and commercial success. Their albums reached #1 on the ITUNES Jazz and #5 on the Billboard Jazz charts in 2013 and 2014, and their collaboration with Lalah Hathaway on the Family Dinner – Volume One DVD garnered the band a Grammy for “Best R&B Performance”. His efforts as a bandleader and bassist earned him an interview in the Random House release “The New Face of Jazz” alongside the likes of Wynton Marsalis and Sonny Rollins.

Now in Brooklyn, he has his hands in dozens of pots. He plays regularly in over 20 New York-based groups, and spends the majority of his time producing and arranging for an eclectic blend of artists on both independent and major labels. In early 2012, he launched his own imprint, GroundUP Music, under Ropeadope Records.

Michael is passionately committed to music education and outreach, having given clinics at over 100 schools throughout the United States, Canada, Asia, Pacific, and Europe. He also works closely with several non-profit organizations in the U.S.A. and holds an open-ended artist-in-residence position at Roanoke, Virginia’s Jefferson Center for the Arts. He also holds a position as Visiting Faculty at the Institute of Contemporary Music Performance in London, England, and teaches private lessons for The New School in New York City.

Michael is grateful to have such a variety of tools to shape his tone both live and in the studio, each providing a unique flavour. Among those include his F Bass VF5-PJ, VF4-PJ fretless, and Hammertone electric mandolin.

About Banda Magda
Even if you don’t speak any of the 6 languages they sing in, you are still transported into beautiful imagery with tales of love and devotion, as strong as the bonds between the band’s diverse musicians. (Greece, Japan, Argentina, USA, Colombia, Brazil, Turkey, Israel, UK)

Led by firecracker performer, composer and multi-instrumentalist Magda Giannikou, Banda Magda is a community; their camaraderie shining with cross-pollinating melody and rhythm. . The rotating madcap fellowship has traveled to more than 22 countries in 5 continents combining whirlwind tours of music, invigorating transformative workshops and magical interactive moments led by Magda’s uncanny ability to engage the audience.

Magda Giannikou – Trained in film scoring, arranging and music production at Berklee, Greek-born singer, film scorer, and composer Magda Giannikou has collaborated with everyone from Kronos Quartet (she was commissioned by and performed with the quartet at Lincoln Center 2013) to Louis CK (she worte and sang a duet with CK for the comedian’s TV show) and Snarky Puppy (participated in their Grammy Award Winning Family Dinner Vol.1).

In almost every facet of the music industry, Giannikou may be best known through her world music ensemble/collective, Banda Magda, founded in 2011.

Banda Magda moves from samba to French chanson, from Greek folk tunes to Colombian cumbia and Afro-Peruvian lando. Their songs capture the best of mid-century pop ballads and cinematic arranging, drawing on the band’s global background and unchained musicality.

About Younes and Soraya Nazarian Center for the Performing Arts (The Soraya)
The 2018-19 Season marks the eighth year the award-winning Younes and Soraya Nazarian Center for the Performing Arts which has quickly become one of the cultural jewels of the greater Los Angeles region. Under the leadership of Executive Director Thor Steingraber, The Soraya continues to expand its programming and outstanding multidisciplinary performances.  The mission of The Soraya is to present a wide variety of performances that not only includes new and original work from the Los Angeles region but also work from around the world that appeal to all of LA’s rich and diverse communities.
Located on the campus of California State University, Northridge, The Soraya’s season offers a vibrant performance program of nearly 50 classical and popular music, dance, theater, family, and international events that will serve to establish The Soraya as the intellectual and cultural heart of the San Fernando Valley, and further establish itself as one of the top arts companies in Southern California. The award-winning, 1,700-seat theatre was designed by HGA Architects and Engineers and was recently cited by the Los Angeles Times as “a growing hub for live music, dance, drama and other cultural events.” 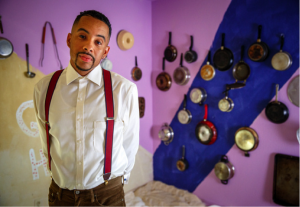 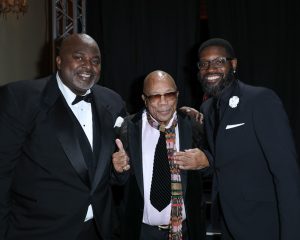 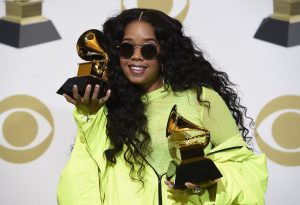