In what may appear to some as a plot twist, after eleven seasons of fighting crime on “Criminal Minds” Shemar Moore transitioned from an FBI agent to a relationships expert in the new film, “The Bounce Back”. The veteran actor along with his co-star Bill Bellamy talk about their nearly twenty years of friendship, the best relationship advice they’ve received as well as their advice for aspiring actors on having longevity in the entertainment industry. 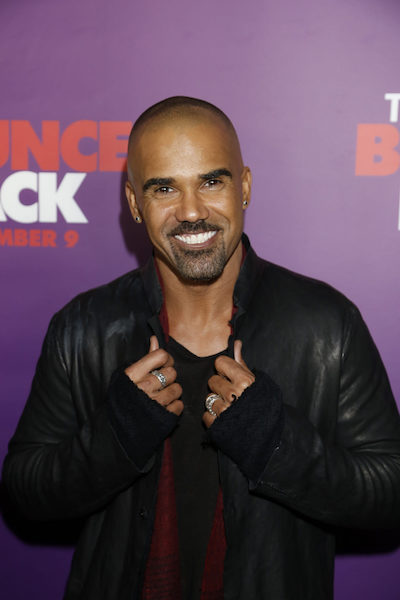 LAS: As the star and executive producer of “The Bounce Back”, why was this story important to tell?

Shemar Moore (SM): This was my first time executive producing. It’s been a fun learning experience. What I’ve discovered as a producer is the importance of paying attention to detail and putting the right people in place. I thought this script was a fun, good time.

For the last eleven years, I’ve loved being apart of “Criminal Minds” as Derek Morgan, the tough guy and the hero who kicked down doors and worked in a dark creepy world but I also want to show a lighter, sillier side of me. With everything I’ve done over two decades, there are still so many things I’m capable of doing. As a producer, it was nice to have some say in the storytelling. So instead of just saying someone’s words, I got to give input on the script as well as the casting. I’ve been friends with Bill Bellamy for over fifteen years, when I’m working with Bill, it doesn’t feel like work, we’re just being us with our friendship and our silliness and it comes out on the screen. [My love interest] Nadine Velazquez is so beautiful, talented and funny. I got to work with my friends and people who saw the passion that I had for the story which was done independently, without the machine of Hollywood.

What I’m proud of is the fact that we defied the odds because it’s hard to make a movie and even harder to get it distributed. With the help of my fans, we raised over $630,000 two years ago when this film was just an idea. The fact that we pulled this off and it turned out so well, so funny and entertaining, I’m really proud of it.

LAS: What drew you to the role of Terry Twist which your fans may think is similar to your roles in several romantic comedies from the 90s?

Bill Bellamy (BB): What intrigued me about this part was the friendship of the characters, it was very similar to my friendship with Shemar in real life. In the film, Shemar’s character, Matthew, is trying to move on after a divorce and I’m there for him while trying to help make his book a best seller. I liked that supportive aspect of their friendship and when Matthew finds love, Terry gets out of the way. Initially I’m trying to fight it but when my boy looks happy, I don’t want to ruin our friendship by getting in the way so I thought it would be awesome to portray that type of character, I think it was well executed and it came out great. 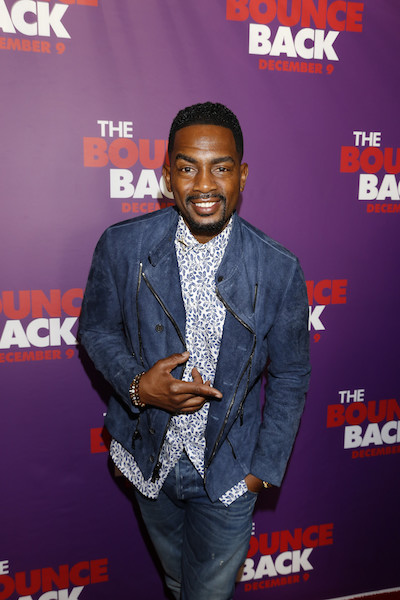 LAS: What should fans know about the difference in the premise of this film from other romantic comedies? What advice would you share with women who’ve been unsuccessful in finding love?

SM: What’s different about “The Bounce Back” is that after ten years of marriage, my character Matthew Taylor is a recently divorced father who creates a book around a philosophy that’s supposed to shield him from getting hurt again. I’m not going to call myself a relationship guru but I’ve been in love several times throughout my life, I’ve made mistakes to hurt a relationship and I’ve been hurt in relationships as well, but the advice I would share is never stop trying despite how scary it may seem. You have to wear your heart on your sleeve and be open to believing that your partner, your soulmate, your ride-or-die is out there for you. But you can’t force it or rush it. Those butterflies and that feel good feeling when you connect with someone, especially in the beginning, that should be spontaneous, free and fun. But relationships take work and a lot of compromise. A woman should lift a man up and her man should also make her feel like a Queen and put her on a pedestal and if that feels like work, then that’s not the person for you but finding the right relationship is possible and hopefully this movie will help you to believe in that.

BB: ‘Don’t listen to your gut’. That’s not the best advice because there’s something instinctual about dating and relationships. In terms of good advice, communication is key. Be honest and put your cards face up on the table. A lot of times people miscommunicate what they really want because they’re afraid of being hurt but you have to have a little bit of risk in relationships because without risk there can be no great rewards.

LAS: What advice do you share to upcoming actors about having longevity in the industry?

SM: It’s a combination of luck, timing, relationships, talent, dedication and sacrifice. I tell people all the time, it’s not just the red carpets, the parties and what you see on the screen, Hollywood is a business with a lot of politics involved. I’ve never been one to chase the fame because that’s outside of my control. I love to tell stories and be creative, I refuse to quit but I also allow myself to evolve. You have to learn the game, nothing happens over night so you can’t give yourself a timeline, you have to go moment-by-moment, day-by-day, it’s a commitment.

BB: Step out on faith with your dream with no limits on where it can take you. I quit my job to become a comedian and I’ve never worked a 9-to-5 job again. Once you find your groove, you stay in your groove because it makes you happy and if you’re good at it, at some point, there’s going to be a break through for you. I don’t want anyone to ever give up on your dreams because that’s the thing that’s going to take you places that you’ve never imagined. 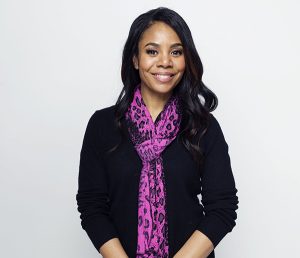 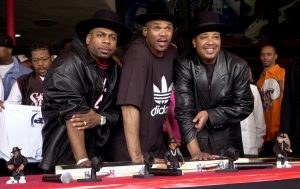