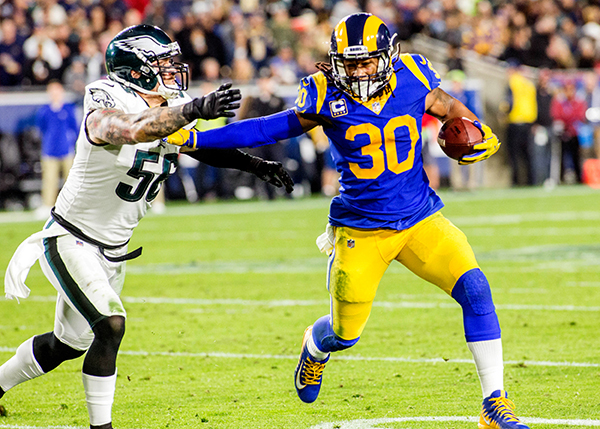 The Los Angeles Rams made three first downs in a hurry as the regulated clock ran down. Quarterback Jared Goff relied on passes to move down field. With four seconds left, Goff threw an incomplete pass ending the game with the Rams losing 23-30.

“It was definitely a tough third quarter,” said Rams running back Todd Gurley. “But I feel like we fought back and tried to make something happen in the fourth quarter. We were just a little too late.”

“We’ve got to be able to figure this out and figure it out fast because these last couple weeks, we’re doing things that are totally uncharacteristic of what good football teams do,” said Rams head coach Sean McVay.

The Foles-to-Jefferey passing game was a major key to the Eagles offense, Jeffery did not drop his eight targets.

The Eagles struck first by gaining a field goal. The Rams offense returned to the field and gathered first downs through passing plays. Gurley and Robert Woods completed major plays in the Eagles territory culminating with Gurley making a touchdown.

The Eagles charged down the field to start the second quarter, safety John Johnson refused an endzone pass to tight end Zach Ertz. A successful field goal attempt  closed the Philadelphia deficit to one point.

After two plays, Maddox intercepted a pass by Goff. The Rams defense only allowed nine yards and the Eagles had to turn the ball over on downs. Gurley committed a 21-yard rush, complete with hurdling linebacker Nigel Brandham. 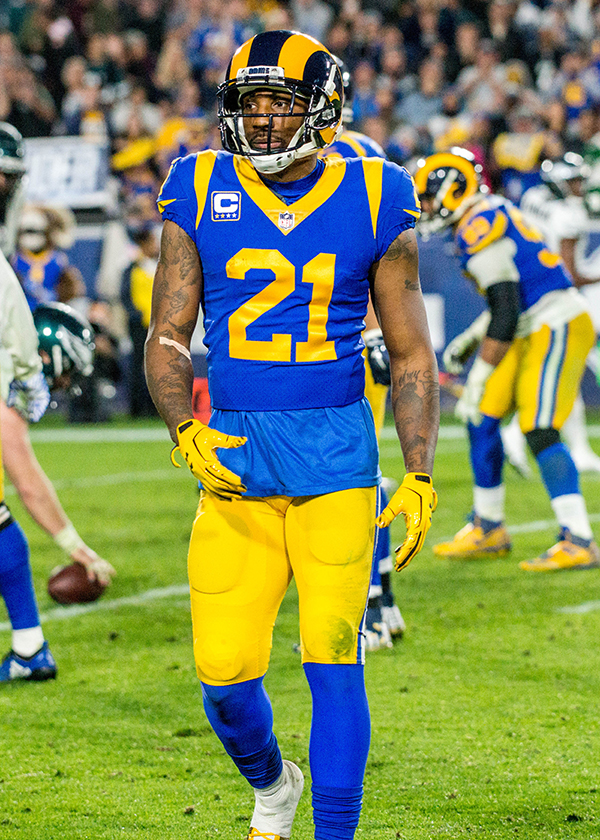 A sack by defensive tackle Fletcher Cox cut the Rams offensive run short and kicker Greg Zuerlein executed a successful 41-yard field goal, giving the Rams a 10-6 lead. Foles connected with Jeffery for a 36-yard play, the Eagles gained a first down on the Rams’ 24-yard line. Foles tossed the ball to Jeffery for 18 yards and Josh Adams scored on a rush in the next play. Both teams were tied at 13 by halftime.

The Eagles grew stronger in the second half and did not allow the Eagles a first down in the third quarter.  Foles sought out Jeffery again, sending him 50-yard bomb and running back Wendell Smallwood rushed the ball to score.

When the Eagles offense returned to the field, they advanced through short stints to ultimately score a field goal and a 10-point lead.

Goff fumbled on a third down and Smallwood earned his second touchdown of the night two plays later.

Early in the fourth quarter, corner Aqib Talib landed an interception in the Rams’ redzone, but Los Angeles only gained a field goal. On their next possession, Goff relied on his receiving corps to move the ball. After 34-yard touchdown pass to wideout Josh Reynolds was called back, the Rams found a way to score a touchdown. 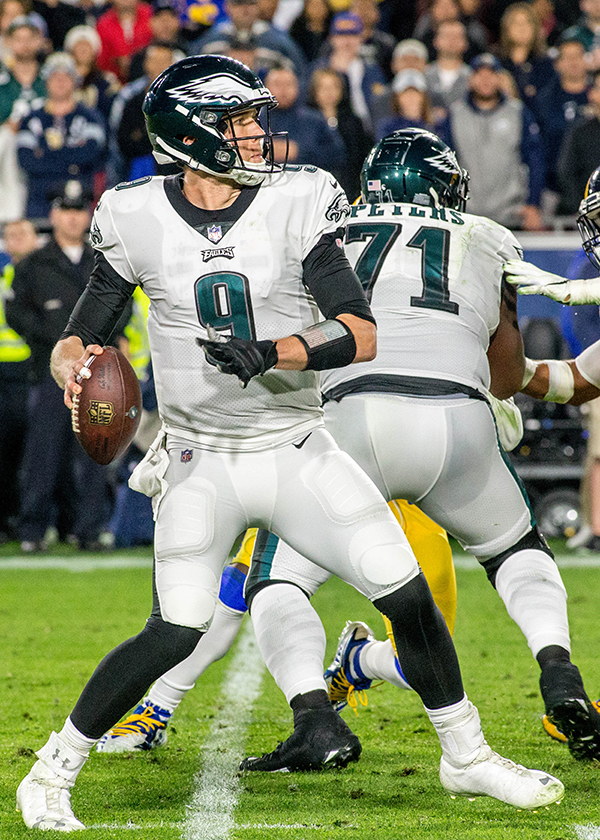 “we’ve been hit with adversity all year, from the start of the season all the way to now,” said Eagles safety Malcolm Jenkins. “We just found a way to continue to fight, plug guys in, to trust in each other.”

The Rams will travel to fight the Arizona Cardinals on December 23 at 1:05pm. 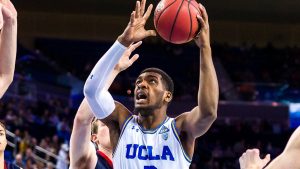 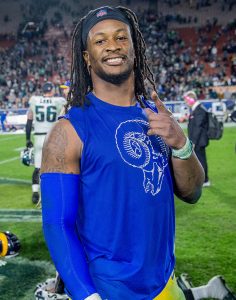 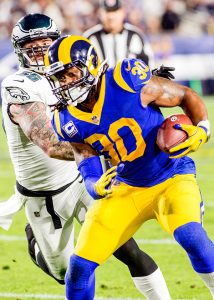