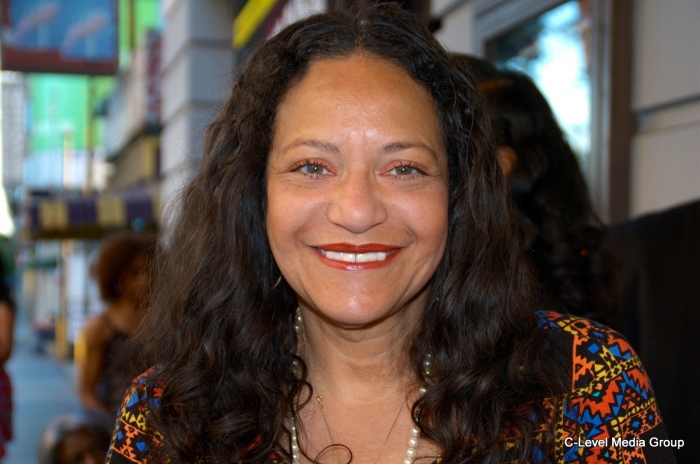 “They contacted me and said, ‘We have selected you to receive our Chairs Award because of
your good work,’” Dr. Edna Sims said about the “Chairs Award” she recently received from
The Caucus for Producers, Writers and Directors – a 40 year-old membership organization.
Dr. Edna is a public relations specialist through her company ESP Public Relations. It is a full-
service agency whose clients include The Caucus. Other clients, past and present, have included
the MTV Network, Comcast, Spike Lee, Kim Kardashian, David E. Talbert, Katt Williams,
ASCAP, Grammy Foundation, Radio One and Janet Jackson. Dr. Sims joined a list of others
honored that day by The Caucus, which include Actor/Producer/Director Edward James Olmos
with the “Industry Icon Award;” Gary Levine, president of entertainment at Showtime Networks
with the “Executive of the Year Award;” Producer/Director Paul Miller with the “Lifetime
Achievement Award;” Writer/Producer/Writer Michael Berk with the “Distinguished Service
Award;” Executive Producer Carolyn Strauss of HBO’s “Game of Thrones” with the “Producer’s
Honor;” Writer Producer Brett Johnson of Showtime’s “Escape at Dannemora” with the “Writers
Honor;” Writer/Producer/Director Michael Tolkins of Showtime’s “Escape at Dannemora” with
the “Writer’s Honor,” and Director Amy York Rubin of Netflix’s “Dead to Me” with the
“Director’s Honor.” The honors were hosted by Actor James Pickens, Jr. (ABC’s “Grey’s
Anatomy”). The Caucus’ Co-Chairs Robert Papazian and Tanya Hart were in attendance.
“They are the guys that give TV its look,” she said about her client, The Caucus.
Her longevity, over 20 years, in the public relations business with clients that are those who put
the “Hollywood” in entertainment, is a testament to her skillful success as a P. R. specialist.
“I put a lot of time into my clients,” said Dr. Sims. “Clients may not see, but God sees it. I
work under Him. I said, ‘Father, thank you. Use me – I’m your vessel.”
So God has used her and now she is getting her well-deserved honors, like her recent Honorary
Doctorate in Theology for her work with Gospel clients and Christian artists. She was also
honored by the Black Business Association with the “Excellence in Media Award.”
“Never loose your fan base,” she said when I brought up how some public relations
representatives stop reaching out to “small” media outlets/journalists when their artists get to a
certain level. “Sometimes African-Americans get to a certain point and hire white publicists.
They forget who got them there.”
Dr. Edna Sims never forgets her media sources that help her clients get to the next level,
because after 20 years of working with her she still includes me. She has broken many barriers in Hollywood too as an African-American female, like acquiring The Caucus as a client. Salute to
The Caucus for hiring her and for electing its first black female co-chair when they selected
Emmy winning media personality/producer Tanya Hart (AURN’s “Hollywood Live”/BET’s
“Live From LA”).
“Everything I am…I represent God,” Dr. Edna stressed, almost preaching. “He is my source
for clients. I don’t go out to get clients, He sends them to me. I put all my focus on God.”