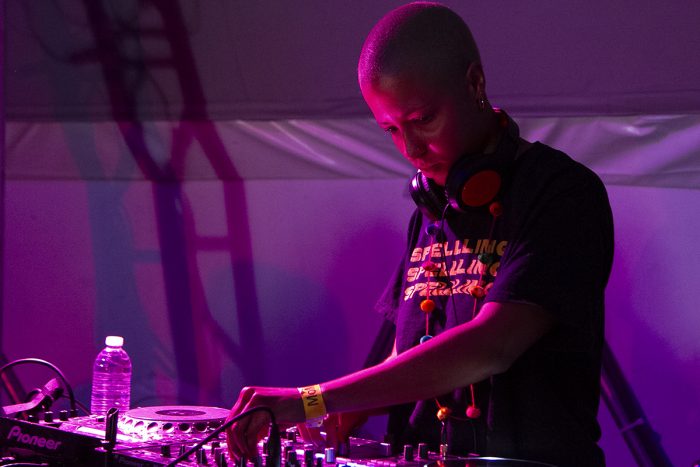 The inaugural Black Women’s Film Conference which was co-organized with the New Negress Film Society had a sold-out, standing room only capacity at New York’s  MOMA PS1.

The day-long event included screenings, talkbacks, and discussions of diverse works meant to bring a different perspective to the table in the white-male-dominated industry.

The New Negress Film Society is a core collective of black women filmmakers whose priority is to create community and spaces for support, exhibition, and consciousness-raising. The group was formed by Chanelle Aponte Pearson, Nuotama Bodomo, Dyani Douze, Ja’Tovia Gary, Stefani Saintonge, and Yvonne Michelle Shirley.

“We focus primarily on works that break boundaries in film politically and artistically,” said Ja’Tovia Gary in her opening remarks.  “Womanist in their content and experimental in form, often these are some of the most challenging for a marginalized filmmaker to create and distribute.”

It all started in 2013 when Kumi James (formerly Wendy James) organized a screening called “I Am A Negress of Noteworthy Talent”  centering the work of black women filmmakers at Brooklyn Fireproof in Brooklyn, NY.

This screening emerged due to the collective’s observation that the films and critical interventions made by black women filmmakers were seldom highlighted or discussed in public and private institutions.  After a successful screening showcasing the works of Nevline Nnaji, Frances Bodomo, Ja’Tovia Gary, Kumi James, and Nikyatu Jusu, James convened the screening’s participants to form the New Negress Film Society Collective in June 2013.

Their mission spread quickly finding strong allies who understood and appreciated their art and political ideas.

The New Negress Film Society recognizes the importance of their collective strength as marginalized artists in the film industry. To that end, core members of the NNFS hold creative space to workshop ongoing film projects, fundraise, and gain visibility for their own work.

Their goal is to raise awareness and understanding of the challenges within the film world. This ranges from interesting behind-the-scenes media to reflective vlogs, to artist spotlights showcasing their recent successes. They regularly interview black women who work in the filmmaking community to highlight their unique stories.

The Black Women’s Film Conference began with the screening of short films  made by Cauleen Smith which included “Song for Earth and Folk”, “Triangle Trade”, “The Changing, Same”,  “The Three Songs about Liberation,” and “Sojourner.”

Smith is known for mixing mediums and the talk-back with the filmmaker was moderated by Ja’Tovia Gary. They delved into what it means to make art that speaks from and to African-American women.  “At first, I didn’t know what I was doing, you know?” confessed Cauleen Smith. “I was reading all these stories in the film industry trade publications how white, male filmmakers were making entire films for under 7 grand, and I believed it, so went on to make films. I thought this is easy. Right?  I was wrong.”

Moderator Gary echoed feelings of being lost at the start of her own creative journey. “My work seeks to liberate the distorted histories which Black life is often viewed,” said Gary. “I admire your work [Cauleen Smith] and I seek to fish out a nuanced and multivalent Black interiority.”

“Can you feel it, can you?,” asked a tall, Ebony-hued woman dancing in six-inch heels, a sky blue African head scarf wrapped with a fashion sense that only a ‘sista’ can pull off.  She threw up both of her hands as if praying to an unseen Goddess, the silver bangles, that she wore on both of her wrists and that snaked past her well-toned biceps, made a shrill sound, like castanets keeping in beat with the Afro-centric music being spun by  DJ  DOUZE between each film screening.

The Black Women’s Film Conference included the screening of  “Gessica Généus” by  Douvan Jou Ka Leve (2017) followed by a conversation with the filmmaker and moderated by Yvonne Michelle Shirley & Stefani Saintonge. The afternoon continued with a screening of short films by Adepero Oduye (“To Be Free”), Shirley Bruno (“An Excavation of Us”), Nikyatu
(“Suicide by Sunlight”) and Keisha Rae Witherspoon.  Moderated by Chanelle Aponte Pearson and Nuotama Bodomo.

The evening was completed with the screenings of “Solace” by Tchaiko Omawale in a conversation moderated by Ja’Tovia Gary.

At 8 pm when DJ DOUZE started spinning the music, it was like Mother Nature herself decided to join the party.  The energy sparked as ideas and business cards were exchanged and the women danced like their very bodies were sharing stories with every, single beat of the music.

Here’s what  MoMA PS1 Assistant Curator, Taja Cheek, who co-organized the event with New Negress Film Society had to share about the sold-out event.

LOS ANGELES SENTINEL:  What did you expect in creating this event?

TAJA CHEEK: I have been interested in the New Negress collective and the work of its individual members for many years. The films were shown as a part of this program all stand on their own– they’re challenging, raw, and beautiful in all the ways that excite me as a curator and maker. But, beyond the work shown, the community that gathered in the VW dome made the program especially moving and special: a diverse group of Black filmmakers and other industry professionals from across the diaspora. I was reminded of the radical potential of community gathering spaces.

LAS:  It was sold out.  Did that surprise you? If not why not. If so, what surprised you?

TCL:  It became clear to me, especially after the program sold out, that this conference filled an important void. In an era of heightened visibility for Black artists of all disciplines, it’s especially important to create spaces for Black artists to be in community with each other to discuss ideas and craft.

To learn more about the https://newnegressfilmsociety.com 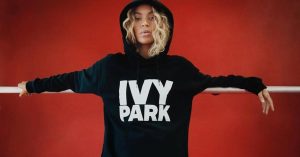 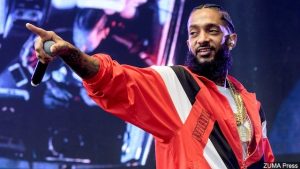 Nipsey Hussle Celebration of Life to be Held at Staples Center, Thursday, A...

At just 14, Marsai Martin is a Hollywood Mogul in the Making