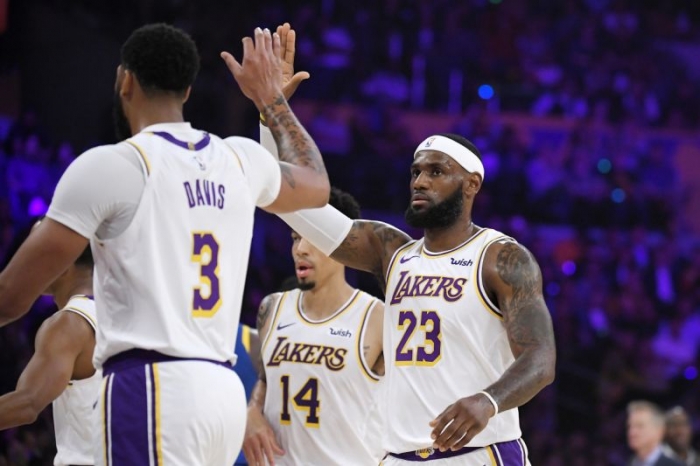 The moment Los Angeles Lakers’ fans have been patiently waiting for: the Lakers are dominant, healthy with a winning record to start the season.

At the beginning of this season, Lakers’ star LeBron James entered his 17th year in the league. Since media day, he emphasized that this team had the potential to reach the ultimate goal, winning a championship.

On opening day, the Clippers with Kawhi Leonard handed the Lakers their only loss of the season. With the spotlight on that game, whispers immediately started to swirl, ‘Is LeBron James too old? Should he be playing point guard?’

Since that time, the Lakers have gone undefeated and James has seemingly dispelled any idea of father time catching up with him.

The Lakers entered this week atop Bleacher Report’s NBA Power Rankings. Through seven games, Los Angeles is leading the league in scoring and has the best defensive rating (97.9).

Los Angeles embarked on its first multi-game road trip on Friday, Nov. 1. It was easily the Lakers’ most challenging matchup since opening night with a Mavericks lineup that included Kristaps Porzingis, Dwight Powell and budding superstar Luka Doncic.

It is no secret that James thrives being surrounded by tried and true shooters, which has made Danny Green a seamless fit alongside James in the starting lineup.

Not to be understated, Green has been an integral part of the team both on and off the court. He set the tone for his leadership during the Lakers’ home opener when he addressed the Lakers’ fans inside Staples Center.

“We’ll do better than last year,” he promised.

As has been said by head coach Frank Vogel throughout this season, Green brings perhaps the Lakers’ most consistent outside shooting ability to the Lakers. It was no different against the Mavericks when Green rose up from the three-point line at the buzzer and sank in the shot to tie the game and send it to overtime. The Lakers ultimately cruised their way to a 119-110 win after outscoring the Mavericks 16-7 in overtime.

Doncic and James simultaneously became the youngest and oldest players respectively to notch a 30-point, 10-rebound and 15 assist game during that game. James finished with 39 points, 12 rebounds and 16 assists being the first Laker since Magic Johnson to put up that stat line in 1990. 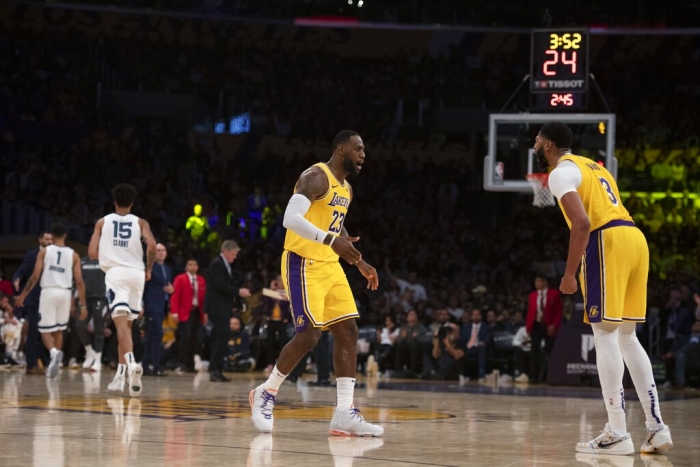 James made it three straight games with a triple-double after he tallied  21 points, 11 rebounds and 13 assists at the Spurs, and 30 points, 10 rebounds and 11 assists against the Bulls. He set a franchise record for the Lakers’ most consecutive triple-doubles while leading the league in assists (11.2).

Meanwhile, Anthony Davis joined elite Lakers’ company by scoring 40 points to go along with 20 rebounds in just three quarters versus the Memphis Grizzlies on Oct. 29 before the Lakers went on the road. Davis’ statement game came after the L.A. Sentinel first reported him dealing with an apparent shoulder injury.

Frank Vogel, known for his defensive-minded coaching, has made on-the-fly adjustments that have translated to wins including closing the game with Dwight Howard at center in place of JaVale McGee and inserting Alex Caruso into the second half lineups.

Howard has emerged not only as a fan favorite, but has increased the Lakers’ defensive rating when he’s on the court. There are some areas the team still needs to clean up including turnovers and getting out to slow starts offensively. The Lakers have been resilient, however, with second-half comebacks in multiple games and the potential to get even better with Rajon Rondo’s expected return.

On Friday, the Lakers take on the Miami Heat led by Jimmy Butler. 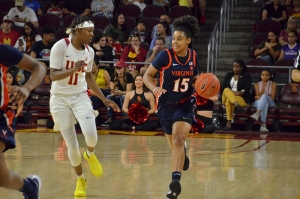