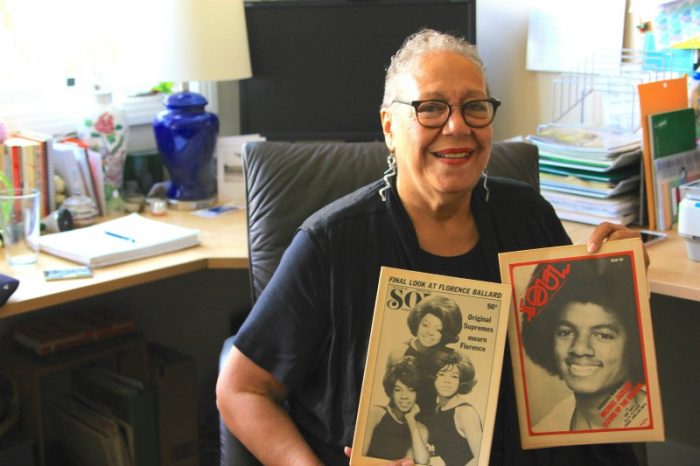 Between 1966-1982, L.A. Native, Regina Jones was one of the only women of color at the helm of a nationally recognized  publication. (Photo By: Zon D’Amour)

From 1966 to 1982, Regina Jones and her former husband, Ken Jones published the premiere African American entertainment publication, SOUL Newspaper. While the publication’s ability to provide a platform for black entertainers from James Brown, The Supremes and The Jackson 5 was significant, the story behind the woman who ran the publication is remarkable to say the least.

“I got married when I was 15 [years old] and I had kids at [ages]16, 17, 18, 19 and 22. Instead of growing up near Nickerson Gardens, I could have lived in and died in Nickerson Gardens. I don’t know how I lived so much in these 74 years,” says Jones during an exclusive interview with The Sentinel. “It’s a miracle that I could have done anything with my life” she added. 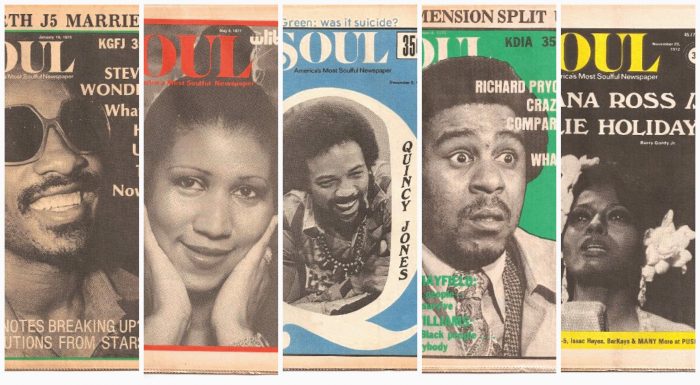 Coincidentally, her husband was a reporter for the Sentinel as well as KRLA radio station in 1965 during the Watts Riots. “While seeing the fires in Watts one afternoon from the Sunset Vine tower at KRLA, Ken thought to himself there should be some kind of newspaper to highlight entertainment and black music in particular. When he came home with the idea, we threw around some names, came up with ‘SOUL’ and started nine months after the riots.” While Jet and Ebony Magazines were also around at the time, Jones’ shared, “they would feature Lena Horne or Sammy Davis. Jr., Harry Belafonte but not a James Brown, Little Richard or some of the other up-and-coming talents. [Those publications] didn’t do grassroots entertainment” she said.

And SOUL was definitely a grassroots movement, having begun without any advertising. “We produced SOUL for several months in our house at the dining room table before we got an office. Who did we think we were in 1966 with office space on 8271 Melrose Ave.? There weren’t any other black people with office space there except us.” On how the publication grew so rapidly Jones shared, “Ken’s idea to publicize it was to build the buzz before it came out. He had a relationship with KGFJ so it was advertised on the radio before it hit the newsstands saying, ‘look for KJFJ SOUL on newsstands now with James Brown on the cover.’ Then I made that deal around the country, within the year, we were national and we had radio stations advertising and promoting us in thirty markets.” 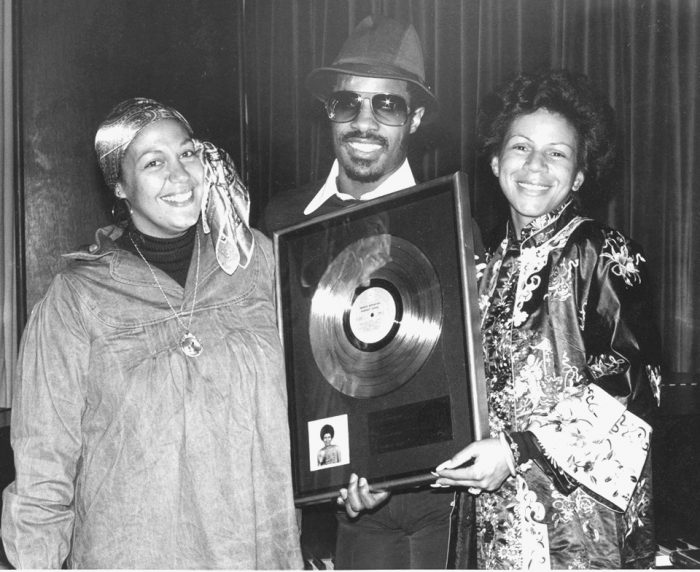 Initially, Regina was tasked with book keeping but as her husband continued to rise in the ranks as a television anchor, Regina’s role continue to evolve to include distribution, advertising and sales then the all-encompassing title of publisher. All the while, this renaissance woman also had to manage being a wife and a mother. “In the 60s and 70s, I look for peers and women to look up to but there was hardly anyone there, I was very lonely. As a woman it was very hard, there were very few women out there in the position I was in. But we had started this publication so I had to make it work, it was as simple as that. The kids have to be fed, the laundry has to be done and the newspaper had to make it to press by the deadline.” She added, “My husband and I made a good team; he was the creative, visionary and I was the implementer. If you have a vision, I’m going to take it to the finish line, no matter what’s going on, that’s just the way I function. That was part of the work of showing up at SOUL; no matter what was going on with the children, or the marriage or the finances, I’m still there to do the work and meet the deadlines.”

Reflecting on her time as the publisher of SOUL Newspaper as well as the magazine, SOUL Illustrated (1968 – 1972)Jones shared that there was immense cooperation and support from Motown, CBS and Stax Records to have their artists featured. “My first trip to Las Vegas was as a guest of Motown to see The Supremes,” she said. Some of the notable artists to grace the pages of SOUL included: The Temptations, The Four Tops, Stevie Wonder, Smokey Robinson & The Miracles as well as Martha Reeves & The Vandellas. Despite the massive outward success of the publications, as with any entrepreneurial endeavor, Jones’ shares that over the course of 16 years, “there were feasts and there were famines.” Behind the scenes, in the early 80s Jones was coping with the imminent death of her mother, the end of her marriage as well as a major shift in the music industry. “When we started, every black artist was grateful for us to do a story on them. As the white media started to pick them up and write about them, they became less available; you couldn’t reach out to them directly as you had before. Now they had publicists which didn’t previously exist. After these artists became a hit in the black market, they wanted white publicity, they now wanted to be a part of pop and mainstream music. I basically said it was time to let it go, it was like pulling the plug on one of my own kids, it was devastating.” 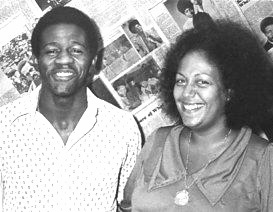 But as the saying goes, ‘when one door closes, another one opens’. After SOUL came to an end, a dinner meeting with SOLAR Records founder Dick Griffey thrust the veteran journalist into her next chapter. “He offered me a job as Vice President of publicity at SOLAR. I told him ‘I don’t know how to do publicity’ and he said ‘I’m willing to pay you for the next six months to prove you do know how to do publicity.” Jones thrived as a publicist with one of her many accomplishments including working on Jesse Jackson’s 1985 Presidential campaign. With Jones on the politician’s publicity team, he was the first Presidential candidate to appear on “Saturday Night Live” (SNL).

She subsequently launched her own PR firm with her clientele including the NAACP Image Awards for 13 years. Jones also worked with brands including Coca-Cola, Capitol Records and legendary actress Cicely Tyson.

Jones then transitioned into more philanthropic work having helped to raise over $7 million for the children’s advocacy and research organization, Crystal Stairs Inc.

While Jones’ stories are ripe for a biopic or television series, she shares that she’s open to doing a documentary. With April 2016 marking the 50th anniversary of the first issue of SOUL, Jones is working to ensure the preservation of the publication’s legacy. Although the SOUL archives were donated to UCLA in 2010, she has many of the issues meticulously bound and organized in her home office.

As she nears her 74th birthday, Jones is still as active and vivacious as ever. There isn’t a timid bone in her body. Within moments of meeting Jones, her assertive and dynamic presence is evident and one can only imagine how fierce she was in her heyday. The renown journalist credits SOUL for her “no excuses”, goal-oriented demeanor. “SOUL was the platform for me to learn how to handle any crisis that came my way. There’s no ‘I can’t’ or ‘I don’t know how’, you just do what you have to do in order to get things done”.

For the remarkable work Regina Jones has done in the community, she along with Miller London, Tony Gray, Larry Khan, Sheila Eldridge, Jamie Brown and Herb Trawick will be receiving the Legacy Award from The Living Legends Foundation Inc. on October 6th at the Taglyan Cultural Center.

To stay engaged with Jones and the publications legacy, visit the SOUL Newspaper Facebook page.

You can also reach Jones via email: soulnewspaper@gmail.com 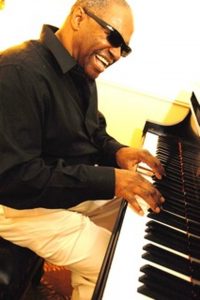