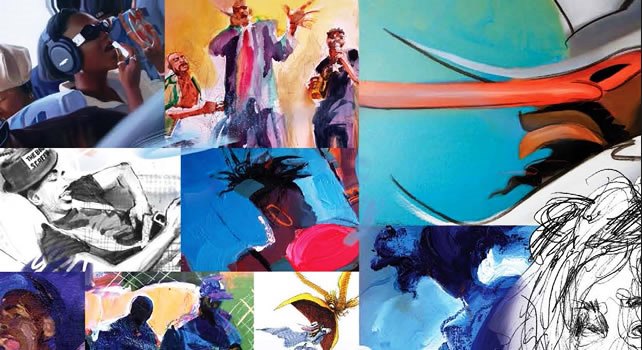 Parliament, led by legendary George Clinton, redefined the landscape of the contemporary movement through their P-Funk mythology that consisted of a group of fictional characters, themes and ideas incorporated into a series of albums. Loyd’s creative and artistic contributions to the P-Funk mythology were significant during the P-Funk band’s prime, and played a major role in the understanding and evolution of its fictional characters, themes and ideas.

A Detroit native, Loyd is currently the creative director for George Clinton and the Parliament-Funkadelic where he designs multimedia stage shows, costumes, album covers, websites and animated videos. Rhythm of Vision was curated to demonstrate Loyd’s focus on an array of subjects and his mastery in various mediums, showing his artistry that extends beyond the Parliament collection.

Some of his career works include digital animation as he has created characters for Cartoon Network’s “Class of 3000” featuring the voice of hip hop legend Andre 3000, and Flux Family Secretes by Big Fish Games. The exhibition is installed on funky bright walls, that includes works inspired by music, dance and his early life.

More than ten of his works installed in the exhibition include a QR code that guests can scan with their mobile devices and hear Loyd’s narratives on the piece including, “Sir Nose D’Voidoffunk – on the cover of the Motor Booty Album,” 1978, ink and watercolor; “Behold Her,” 2006, acrylic; and “Nightly,” 2007, water color.

The exhibition kicked off in March with a weekend of events including a one-on-one interview with the Loyd, reception and a curatorial walkthrough of the exhibition with CAAM’s Visual Arts Curator Vida L. Brown and the artist. The exhibition is the first show to illuminate Loyd’s scale of artistry that comprises complex and varied practices such as painting, drawing, illustration and album cover design.

For more information, please visit http://www.caamuseum.org/ or call (213) 744-7432. You can visit the California African American Museum on Facebook and Twitter. 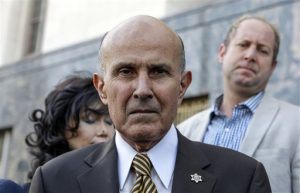