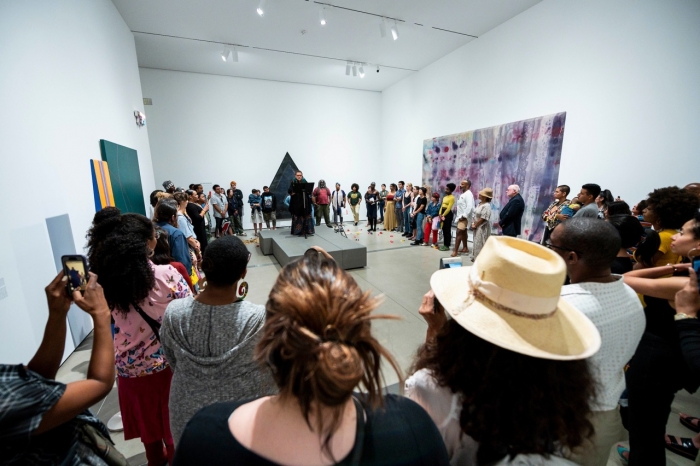 The Broad’s “Soul of a Nation” celebrates Black artists’ contributions during the Black Power Movement. Photo by Timothy Norris/Courtesy of The Broad

Inspired by the radical experimentation of the Black Arts Movement, The Broad Museum presents, “Black Fire Sessions,” a two-part series featuring “live music by innovators of free jazz alongside younger artists at the intersections of jazz, R&B, electronic, hip-hop and soul.” Since March, The Broad’s “Soul of a Nation: Art in the Age of Black Power 1963-1983,” has celebrated the contributions of powerful Black Los Angeles-based artists during the Black Power movement. From this powerful exhibit emerges “Black Fire Sessions,” adding music to the conversation.

Music, like jazz and hip-hop specifically, became a force of artistic expression and therapy for Black people in America and its connection to the Black Power movement is woven into the art presented in “Soul of a Nation.”

Night one of “Black Fire Sessions” featured performances by jazz-genre bending artists like Busdriver, Teebs and Georgia Anne Muldrow.  Muldrow’s set was energetic and vibrantly jazzy yet her rich, classic voice and soul-provoking lyrics invoke the smooth vibes you’d expect from a night of jazz at The Broad. 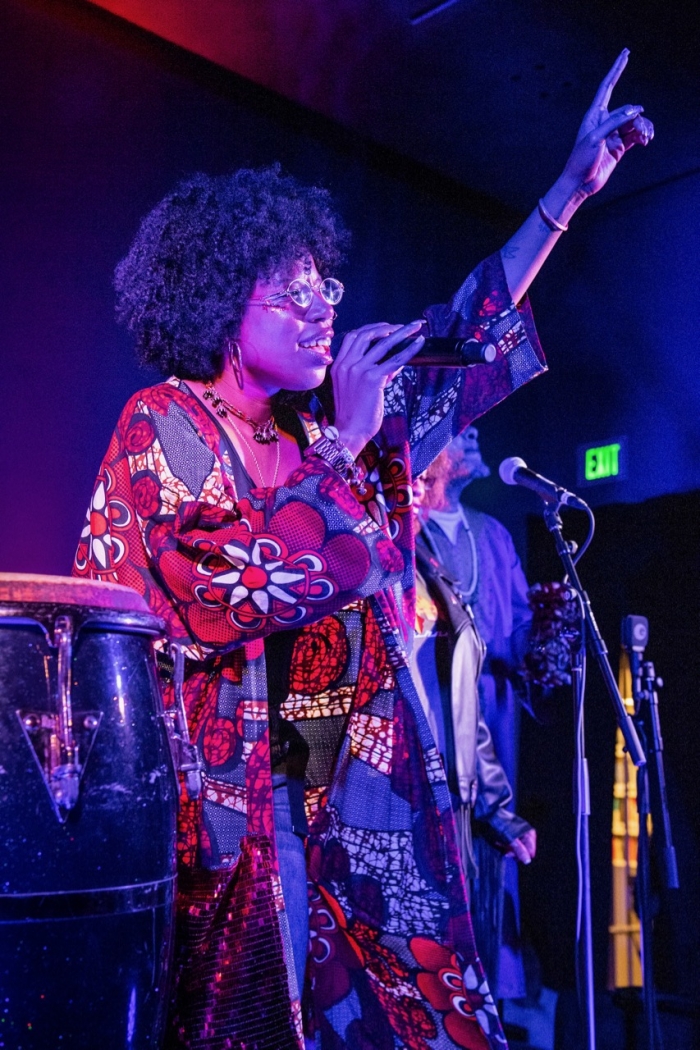 Singer-songwriter Georgia Anne Muldrow performs at ‘Black Fire Sessions,’ a night of jazz at The Broad celebrating the ‘Soul of a Nation’ exhibit. Photo by Timothy Norris/Courtesy of The Broad

Muldrow is a singer-songwriter signed to her label SomeOthaShip Connect, which she co-founded with her husband and music partner, rapper Dudley Perkins. Muldrow has appeared on albums with Erykah Badu, Mos Def and Blood Orange. Her spirit and style in combination with the beautiful essence of her voice and lyrical content meshed effortlessly with the content of the “Soul of a Nation” exhibit and the “Black Fire Sessions” event where she began her set with gratitude for the audience.

“What a special, special exhibit this is. What a focal point of Black energy,” she said as the crowd affirmed in a church-like cadence. “What a prideful moment.”

“Soul of a Nation” celebrates artists like Betye Saar and David Hammons whose art advanced Black culture and the Black Power movement and “Black Fire Sessions” was an ode to a newer school of artists — musicians who are a continuation of that very movement.

“Thinking about that as an artist gives me so much, because sometimes we feel so powerless. It helps me with the lineage, it helps me know that I am a part of this,” said Muldrow who was born in 1983, the last year of the era that the “Soul of a Nation” focuses on.

The second night of The Broad’s “Black Fire Sessions” takes place August 14 at 8:30pm with performances by Anthony Braxton, Kelsey Lu and Jimetta Rose. You can still visit “The Soul of a Nation” at The Broad until September 1. To learn more, visit thebroad.org/events.