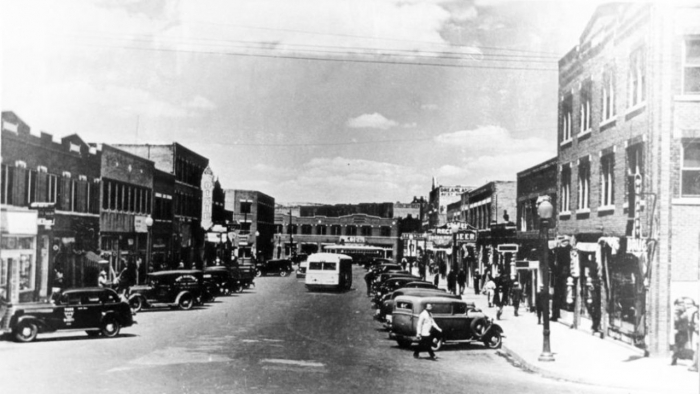 In 1921,Tulsa Oklahoma, Greenwood District had Black American self-owned, self-constructed and self-administered movie theaters, pharmacies, hair salons, book stores, law offices, politicians offices and law enforcement. The successful segment of the city was famously known as Black Wall Street. It was an anomaly in times of Jim Crow, KKK, and even Northern Immigrant European Mafia White racism. To top that off, there was overt staunch Federal and State level governmental institutionalized racism. Even worse, the KKK had the highest membership and activity in Oklahoma at that time. Those times were plagued with White People having an agenda of implementing terrorist attacks against Black communities Nationwide. For example, the historic Chicago Race Riots, Red Summer kicked off in 1919 due to violent White terrorism. White citizenry not just White Supremacist groups murdered Blacks in mass numbers throughout the USA and it all came to its climax in Tulsa’s Black Wall Street!

On May 30, 1921, when a Dick Rowland, a 19-year-old Black shoeshine man encountered Sarah Page, a 17-year-old White elevator operator in the Drexel building in the Greenwood District. Apparently, “Diamond Dick” as he was known, entered the elevator Sarah serviced and she screamed and they both ran out. Sarah Page claimed to have been assaulted by Dick Rowland. Sarah claimed Rowland attacked her scratching her hands and face and tearing her clothes. Dick Rowland was not arrested until the next day and Sarah Page refused to press charges. Yet, the local newspaper put out an article promoting not reporting but promoting the incident as a call to Whites to take action against all Blacks of the Greenwood District and throughout Tulsa. Whites from all over Tulsa and Oklahoma came to kill Blacks. 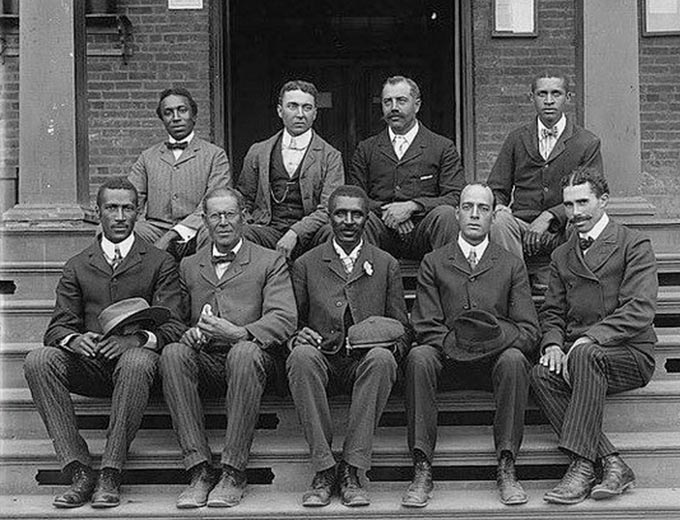 The day the report was released, mass mobs of Whites appeared armed and dangerous focused on killing and raping and robbing the Blacks of Black Wall Street. Hundreds of Whites made their way to the Greenwood District to help massacre the Blacks of Black Wall Street. An important thing to realize and remember is Black Wall Street was not an isolated incident. At that time in the United States, Whites throughout the nation were targeting successful Black communities and killing the peoples or running them out. Does this sound familiar? Currently, the Socio-political term for a non-violent approach to this is named Gentrification! The similar pattern of how current Gentrification is happening on a wide scale throughout the U.S.! This is reflective of the 1920’s nationwide onslaught against the Blacks populous of which is truly indicative of the Whites of the U.S. and the government propensity to sabotage the African American populous.

As for Black Wall Street, for two days and nights the entire Greenwood district burned and there was a Purge being implemented like the Nazi’s killed the Jews. Martial Law was declared and the National Guard had to be brought in to stop it. By the end of the White Supremacist rage, 3,500 homes were destroyed and 35 blocks were completely burned down. Immediately a local government cover up began. Knowing Federal investigators would be coming the White local government officials and citizenry destroyed all evidence, records and files of the purge! 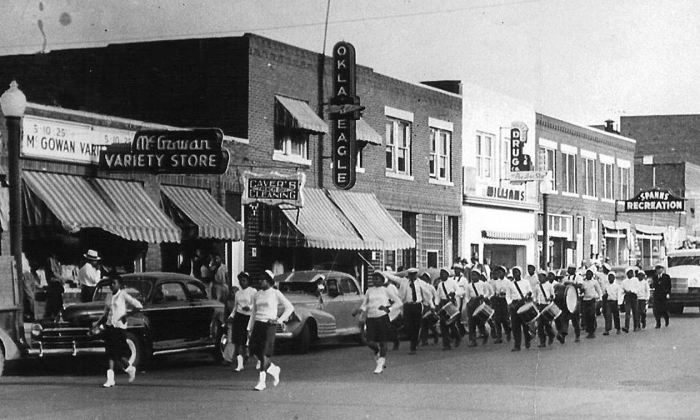 Even the local news reports lied at first, reporting only White people died but that lie couldn’t stand. After years of investigative research the numbers go beyond 300 Blacks were killed and many missing. All the Black survivors had to create tent homes, which wound up tent cities because everything they had was completely stolen or burned away. No effort was ever given to provide any justice, any healing, nor any reparations for the families of the victims. No Blacks were ever allowed to rebuild either. Everything became White owned for decades in the Greenwood District after the massacre.

Ironically, most photos seen on the internet from the Black Wall Street massacre only existed because the pictures originally were used on postcards. That’s right just like with pictures of lynching Blacks being put on post cards, the burning building and brutalized bodies of Blacks were put on post cards from Black Wall Street Massacre. The White Supremacist and their liberal White counterparts tried to rewrite history by calling the massacre on Black Wall Street, The Tulsa Race Riots. They called it Race Riots to try to take the responsibility off the White murderers and the White Supremacist government and media that instigated and propagated this massacre against innocent Black human beings. They were also trying to shift responsibility to put it on the Blacks when this was a one-sided event and attack. 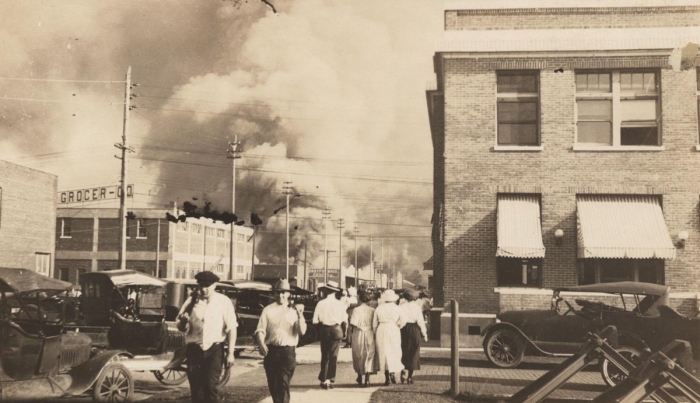 Adding to insult, nobody knows what the Whites and government workers did with the bodies of the dead Blacks that they counted after murdering them. They never allowed the physical bodies of hundreds of Blacks to be seen or returned to their families. What did the killers do with these Black bodies? It is important to note the Eugenics movement was at its height of publicly transparent overt legalized activity in the USA and those bodies could’ve been sold to or donated for experimentations and legally.

Not until 1997, did the city of Tulsa put together a commission to study the massacre to figure out what really happened. The eyewitnesses that now have passed away gave accounts of the violence and of Black bodies being thrown in trucks and driven away. 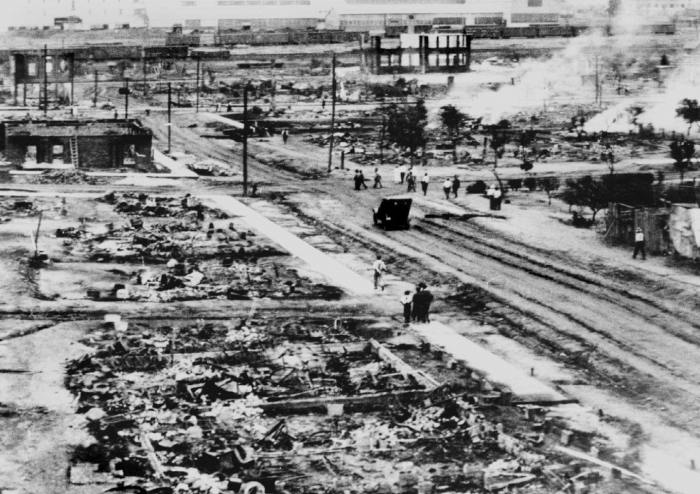 Even to this day the popular sentiment in Tulsa and throughout Oklahoma and the USA is that a proper investigation be reopened and justice be sought and if can find the missing bodies of those killed. There is a push to get closure for the families and the communities, which were effected, even by the current Mayor of Tulsa, G.T. Bynum. Amongst the Blacks of Tulsa they call this case ‘The Greatest Conspiracy of Silence’ in history. They say this because even amongst the Blacks in Tulsa it is expected to not talk about the events at all and many still don’t talk about it, at all.

Yet, being positive creators many African Americans have embraced Tulsa’s, Greenwood District’s, Black Wall Street as the most revered prosperity Renaissance in their history in the USA! Black Wall Street was also called Little Africa and many Black communities have been sir named that as far away as The City of San Bernardino, California. It has a Little Africa Black community. 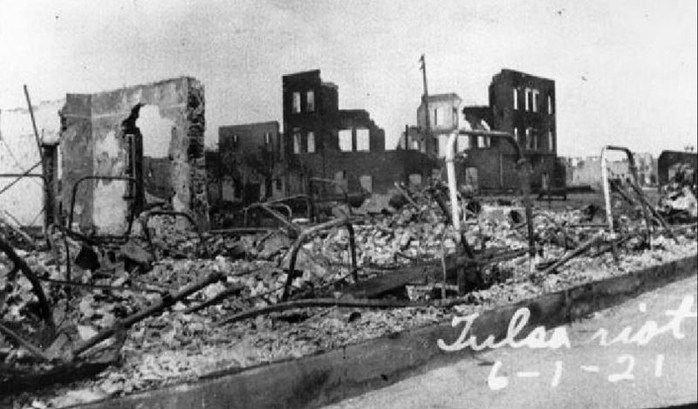 Then there is Curtis “Wall-Street” Carol, who is a Black man in prison on a life sentence who taught him-self how to trade stock from the prison phone and made himself a Multi-millionaire. When in interviews he speaks of inspiration from Black Wall Street. Even the rapper ‘The GAME’ of Compton started a record label named The Black Wall Street Records! This all proves how African Americans/Black Americans continue to ensure their greatness does not die and sacrifice is not in vain!