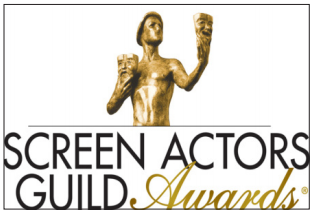 If you’re not E!News, a primetime news station, or a popular salacious news outlet, the chances are very slim that you’ll snag exclusive interviews with your favorite artists and actors. Recently, I attended the Screen Actors Guild (SAG) Awards, where the crème de le crème of actors are honored and celebrated for their achievements in the entertainment world. Not only did I put on my best designer dress and makeup, but I also arrived in good timing to set-up alongside my cameraman and photographer, ready with questions to ask the actors that grace our favorite TV shows and films.

Unfortunately, only a select few of actors and public figures stopped to speak with the L.A. Sentinel during our six-eight hour stay on the red-carpet. In response to quite a few requests to speak with some very well-known Black actors, their response was blatantly “no, but I’ll wave,” or “no, I can’t.” Some even looked at me as if I had a third eye, and I know I’m cute. While this was our second time attending the SAG Awards, it was also our second time being denied interviews with new and seasoned actors, young and old. Picture this, I’m standing less than three feet away from actors who are waiting in line to have their pictures taken with two-to-three minutes to spare, and they completely disregard my presence. This isn’t something new, however, it happens to Black journalists all the time.

Although this is an issue that far exceeds the SAG Awards, I believed this is a long-overdue topic that needs to be addressed in the world of entertainment journalism. The Sentinel has been a pillar in the Black community, providing news to Black viewers and readers around the country for over 85 years. So naturally, one would assume that the SAG Awards would be a platform where our viewers get to hear personalized thank you’s and shout outs from actors to the audiences who support and follow them the most. This did not happen to the extent that I imagined, and it sucks because celebrities have free reign to participate if they desire to.

I believe the problem here is three-fold. One, some publicists and PR teams suggest that their artists and actors only speak with specific outlets, ones they believe can generate the most buzz for their client. For example, I always come across one publicist who goes out of their way to deny interviews with their client, a young actor who I’ve encountered on the red carpet at least five or six times. To what reason, I have no clue, but they are really missing out on an opportunity to effect change in communities of color by doing so.

Two, the actors simply don’t want to be bothered, especially not with another two-minute interview. Look, I understand that the artists and actors are busy with daunting schedules, but so are we, and everyone isn’t out to tap into the drama happening in your life. Some celebrities, who are pressed for time, will even pop in the camera, make a quick cameo and say a few words to their core audiences.

Three, once actors have reached a certain threshold of success in their careers, they don’t feel it’s important to talk to what they perceive as “smaller” outlets. Heck, some skip the red carpet all together. I tried putting myself in a high-profile actor’s or artist’s shoes to consider what could possibly be going through their minds, not to even attempt to speak with journalists and their core audiences, I could not think of a viable reason. If you happen to know, please get me up to speed.

As a Black journalist who prides myself on reporting news that edifies and highlights other’s accomplishments, I find it disheartening, to say the least. Humbly speaking, I’ve been blessed to conduct hundreds of interviews with Black celebrities, but still endure these moments at major red carpets and events today.  At the SAG Awards, I stood there with a smile as actors turned their backs on me after I called their names or just walked past me all together.

Another reporter I just met had even captured a moment where I was denied an interview, but they did so without my knowledge or consent, then tagged me in the post on social media. While I thought it important to be vocal about this reoccurring issue, it was unprofessional to call out a specific actor for not responding to my interview request without either of us knowing, then tag me in the post. It was never discussed between the two of us, which made it appear to be a character attack on the actors and a tool of embarrassment towards me, something I certainly don’t see as agreeable, much less helpful.

As for the actors who turn their backs on Black Press and Black photographers, once they reach the success they now enjoy, it is the same Black Press who were the only ones interested in interviewing them on their climb to the top. Furthermore, we are the same people who fought for them when Black actors and artists were shunned in receiving nominations. We are the same people who brought discrimination in Hollywood to light when no Black artists were receiving awards. And we will be the same Black Press they look to when the spotlight dims, the carpet fades and they need stories to promote them once again.

I decided to write this as a call to action for journalists, publicists, artists, actors and unions alike to voice their concerns and come to a meeting of the minds about what can be done to ensure fans and viewers around the world receive great content in the spaces where it counts the most. How could I possibly affect change in my community as a journalist, when the very people we buy movie and concert tickets to support won’t take the time out to speak to me?

And believe it or not, this cringe-worthy “no” also extends to some Black red-carpet photographers, who despite having the same top of the line equipment as everyone else, are barely able to have celebrities stop for photos. They’ll stop for major television outlets, or glow when taking photos for a sea of non-Black photographers in the media pulpit, but won’t give the powerful Black journalist or photographer the time of day. Every Black celebrity doesn’t do this, but there are enough that do.

I wish had more to say about the show, or the wonderful interviews we did secure with actors like the legendary Jennifer Lewis, Deon Cole of “Black-ish”, Sam Richardson from “Veep”, and public figures like Mayor Eric Garcetti, who took the time out to speak with us, but you’ll just have to tune in to our interview recap on www.lasentinel.com (see video below) to check it out. As for the deets on the show, Google it.

And if you do see me reveling in excitement on video about the SAG Awards, just know that the footage was shot before being denied interviews throughout the entire day. I also wanted to show off my cute Black woman magic dress and hairdo. But hey, I gave it my best shot, and I still managed to have a good time otherwise. So, celebrities, when you say, “no” to the ones who cheer you on, buy your films or support your music, you also let down a large community of viewers who look to you for inspiration and guidance. We root for you, but will you root for us? I’ll leave it right there. 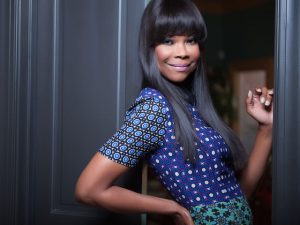 You Can Have it All: Angela Robinson Talks Acting, Business & Staying T...