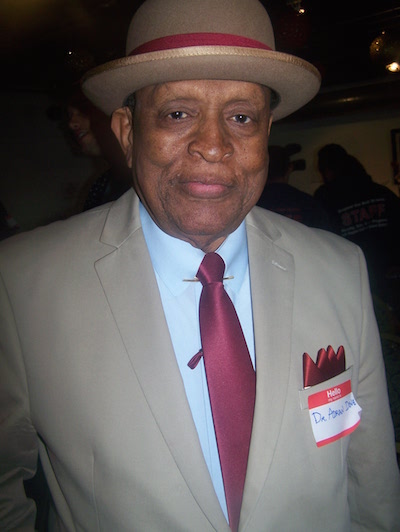 LOS ANGELES–The 31st Annual Kingdom Day Parade which is held to honor of the life and legacy of Dr. Martin Luther King will kick off on Monday, Jan. 18, 2016 in Los Angeles and this year’s parade promises to be bigger and better than ever.

The popular televised parade, which kicks off at Martin Luther King Jr. Boulevard and Western Avenue at 10:15 a.m., will be aired from 11 a.m. to 1 p.m. on ABC Channel 7. The parade annually draws over 2 ½ million viewers each year.

In spite of the cold weather and construction occurring on Crenshaw Blvd., over 250,000 spectators will arrive from all parts of California and outlying states to witness the parade, which features dozens of colorful floats, scores of celebrities, beauty queens, civic leaders, and community organizations.

“The theme of this year’s parade is ‘Our Work is Not Yet Done’,” said parade president and CEO Adrian Dove, who added that Jan. 15th would have marked Dr. King’s 87th birthday. 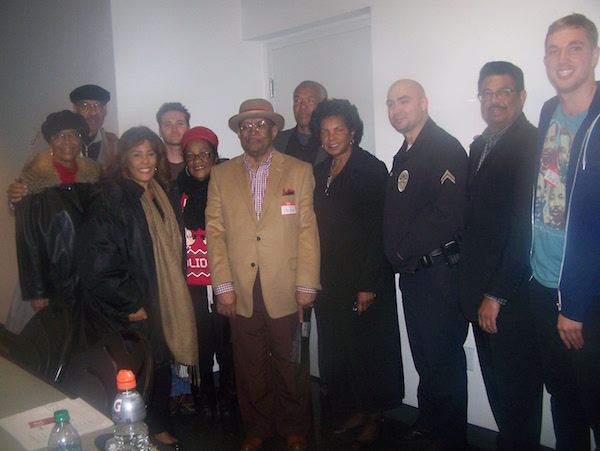 Dr. Adrian Dove (center with hat) poses with his diligent staff of volunteers who are busy planning for the 31st Annual MLK Jr.

“We will have three equestrian units participating as well as over a dozen drill teams, six high school bands, a dozen floats, several drum lines, and dancing units from Brazil, Korea, the Caribbean, and New Orleans,” said Dove.

“Floats featuring McDonald’s and the Los Angeles Dodgers will be participating and radio stations KJLH, KDAY, and 103.FM The Beat will be featured as well as television stations KTLA, KNBC ABC7 and others,” Dove added.

Dove said he wanted to extend a special thanks to the Denny’s restaurant corporation. “They have been a tremendous support to the parade by sponsoring the queen’s pageant and scholarship program this year,” he said.

“I also want to thank Bill Flynn, executive director of the Tournament of Roses Parade in Pasadena and all of his top executives who generously gave us some advice. We learned how to do a lot of things better and more efficiently for this year’s parade, thanks to their spirit of giving.”

Dove added that this year, a replica of the actual 1950 bus ridden in by civil rights leader Rosa Parks will be tooling down the parade route courtesy of the Metropolitan Transit Authority.

“The parade is about celebrating fun and about celebrating the life and legacy of Dr. King,” said Dove.
The parade president personally worked for Dr. King in 1965 by registering Black voters in Alabama and South Carolina during the voter registration drives. “Dr. King’s life is based on equality for everybody and about using love as a weapon to achieve that goal,” he said.

David Gardinier, director of the Kingdom Parade Volunteer Program, is thrilled to be participating in this year’s parade. “Dr. Martin Luther King, Jr. is my favorite holiday because it’s like the Christmas of racial equality,” he said.

“The parade is an effort to continue what Dr. King would have done if he were still alive,” Dove observed. “He pursued world harmony and peace. This annual parade is our way of trying to keep Dr. King’s legacy alive.” 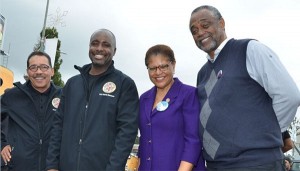