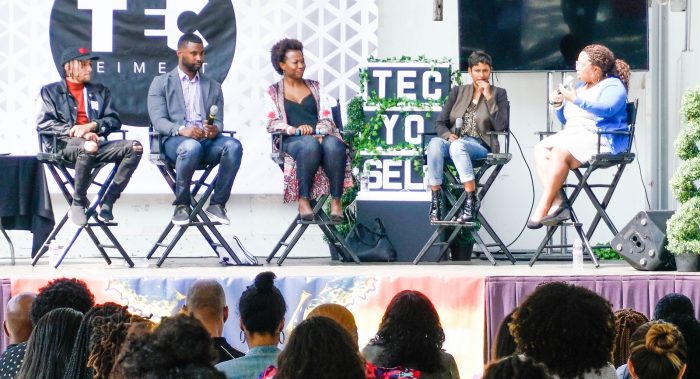 The field of technology is evolving and not having access to the latest information and tools to succeed is challenging but can be simplified with available resources and programs. TEC Leimert hosted their 3rd annual conference in historical, Leimert Park Village on Saturday, April 27. Hosted by 102.3 KJLH Radio/TV personality Adai Lamar, Technology, Entertainment and Culture (TEC) filled the Barbara Morrison Performing Arts Center and Degnan Boulevard with knowledge from industry experts. This year’s theme was “TecYoSelf.”

TEC Leimert is a conference for business professionals, new and old. If you’re interested in developing apps, films, computer programming, information technology, art design and music, this conference has the answers to your questions. South L.A. resident, Elizah H. said, “I came because I am in the entertainment industry and I love technology, animation and video games.” 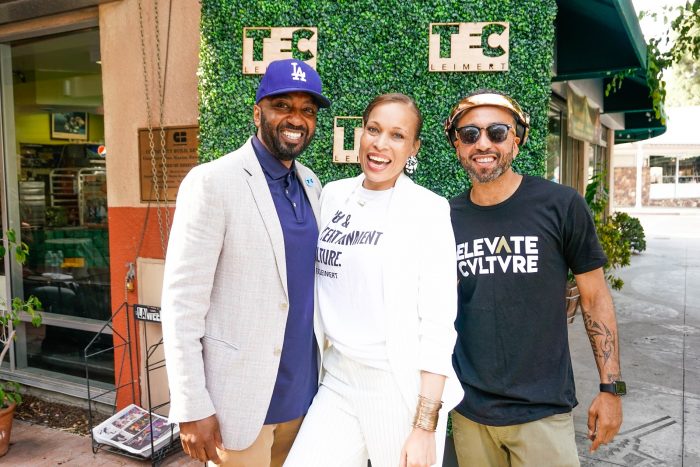 Topics of monetizing in your neighborhood, group economics, art, culture, developing skills and uncovering hidden talents were analyzed and discussed.

Robby Davis of South L.A. said, “Number one, I am here to support Rashidi Jones, the person who’s responsible for bringing TEC Leimert to our community. I’ve known Rashidi since he and my son were in third grade together. Rashidi has always been the man with a plan. If Rashidi plans it, it is going to happen. Number two, I am here because my grandchildren were unable to attend and I’m gathering information that will be of benefit to them.”

“We’re here to provide people with information and opportunities to technology, entertainment and whatever you are passionate about to help fuel your business,” said Eric T. Elder of TEC Leimert.

Virtual Reality experiences provided by Sony and gaming activities for the youth provided by DBZ Gaming.  (Photos By Kristina Dixon)

Rashidi Jones, co-founder of TEC Leimert stated, “I am from Leimert, I grew up here and I am a resident of Leimert. Looking at the new changes in Leimert, we wanted to create a vehicle that could service a need to retain our historical, creative and cultural identity here. It is important to have great resources to tap into as a youth. These resources helped me to be the self-confident person I am today. We need that same energy for the community at large and the next generation. We want to have investors in the tech space here. For example, Vector 90 is a workspace for youth and urban professionals to do business. It creates a different energy that has not existed in this community in awhile.

“Nipsey Hussle’s Marathon Store was before its time and it served as a beacon to us because we are in technology and entertainment. There was so much synergy between us and him. The Marathon Store was ideation, product development and monetization. Those are the type of frameworks that need to be highlighted in our community and that is what we are doing with TEC Leimert.”

The event was sold out with college students, business professionals and entrepreneurs all on their way to leading the industry into the next big thing. Moviiies App, DBZ Gaming, Black Women in Tech, Harun Coffee, Make Crenshaw Great Again and Black Beverly Hills were some of the local businesses who participated at the conference.