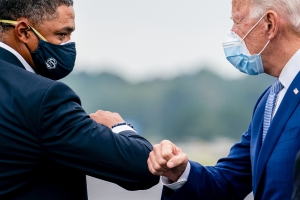 In a news release, Biden’s campaign officials noted that “these diverse, experienced, and talented individuals demonstrate President-elect Biden’s commitment to building an administration that looks like America.” The campaign noted further that each has deep government expertise and will be ready to help the president-elect deliver results for working families on day one. ... read more »
Living Legend: Kamala Harris makes history as America’s First Black & Female Vice President 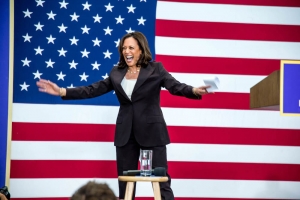 Madam Vice-President Kamala Harris is a living legend, her election marked a new day during a colossal shift in social awareness. As the first Black and South Asian woman to be listed on a major political ballot and the first woman to hold a seat as vice president, she has created a new wave of thought and possibility. It will continue to grow for women, as an increase in young girls will strive to be on that level of power. Delivering her candidacy on the day Martin Luther King Jr. declared a universal dream, more diversity will be a new normal as the whole world is changing into that vision.  ... read more »
ADVERTISEMENT
ADVERTISEMENT
Videos
WATCH: Black Money Matters Ep.1