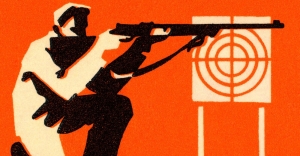 The September 18 state-by-state examination of the economic costs of gun violence, reveals numbers that the committee called "staggering." For instance, in 2017, for the first time, the rate of firearm deaths exceeded the death rate by motor vehicle accidents. Nearly 40,000 people were killed in the United States by a gun in 2017, including approximately 2,500 school-age children – or more than 100 people per day and more than five children murdered each day. Sixty percent of gun deaths each year are firearm suicides, researchers said. ... read more »
ADVERTISEMENT
ADVERTISEMENT
Videos
WATCH: Feminine Focus: Executive Director of the L.A. Civil and Human Rights Dept., Capri Maddox