The California senator abruptly withdrew from the race on Tuesday after her once-promising campaign failed to coalesce around a message that would resonate with voters. And without clear support from voters, Harris couldn’t raise the money needed to keep going. ... read more »
Democrats Focus on Voting Rights Ahead of 2020 Primary 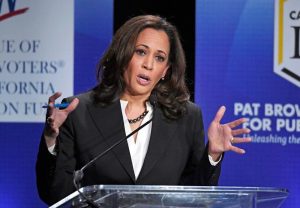 Multiple potential contenders for the Democratic presidential nomination are elevating the issue of voting rights as they prepare to launch campaigns. They’re vowing to oppose Republican-backed efforts to require identification to vote, reinstate protections eliminated by a 2013 Supreme Court ruling and frequently highlight the necessity of counting every vote. ... read more »
ADVERTISEMENT
ADVERTISEMENT
Videos
WATCH: How Does the COVID-19 Vaccine Work? | Cedars-Sinai