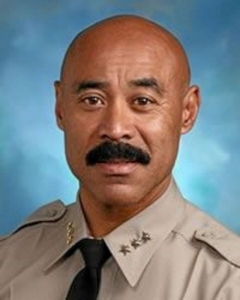 Last Thursday, October 10, 2019, the Los Angeles World Airports (LAWA) announced that following a nationwide search, former Assistant Sheriff of the County of Los Angeles Cecil Rhambo has been selected as the new Chief of Airport Police. Upon completion of a background investigation, he will replace and report directly to David L. Maggard, who was named Deputy Executive Director for Law Enforcement and Homeland Security this summer after serving as Chief of Airport Police for three years. ... read more »
Both Applause and Outrage Follow Gov’s Decision to Halt Death Penalty 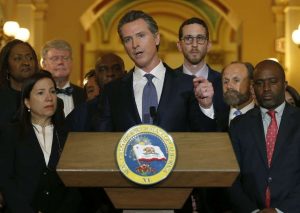 The move he has described as a “moral” decision sparked outrage across the state, particularly in some quarters of the state’s Republican establishment and among some victims’ families and a large number of county prosecutors. Many of them have been vocal advocates of capital punishment over the years.  ... read more »
ADVERTISEMENT
Videos
WATCH Spectrum Report: Bakewell Building South LA