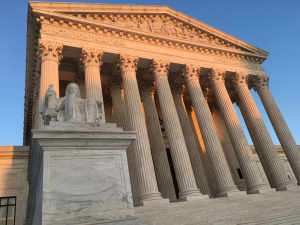 A June 29 U.S. Supreme Court split decision represents a major setback to both the Consumer Financial Protection Bureau (CFPB) and the consumers who have come to rely upon the agency. Since 2010, more than 25 million consumers were helped by the agency’s efforts that returned over $11 billion.    Although the case known as Seila Law v. Consumer Financial Protection Bureau, was argued on March 3 of this year, its origins date back to 2017 when Seila Law, a California-based debt relief firm, asked the CFPB to set aside a civil investigative demand (CID) that sought information to determine whether it was engaged in illegal debt relief practices.   ... read more »
ADVERTISEMENT
ADVERTISEMENT
Videos
WATCH: Black Money Matters Ep. 4 – Securing The Bag: Connecting Black Business to Major Contracts