Ronald “Khalis” Bell, a co-founder, singer and producer of the group Kool & the Gang, has died. He was 68. Bell died at his home in the U.S. Virgin Islands Wednesday morning with his wife by his side, publicist Sujata Murthy said. The cause of death has not been released. ... read more »
ADVERTISEMENT
ADVERTISEMENT
Videos
WATCH: Feminine Focus: Executive Director of the L.A. Civil and Human Rights Dept., Capri Maddox

Thanks for signing up!
Black Fact of the Day
September 18: The classic novel, Their Eyes Were Watching God by Zora Neale Hurston was originally published, 1937 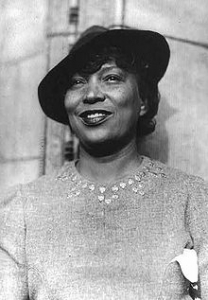