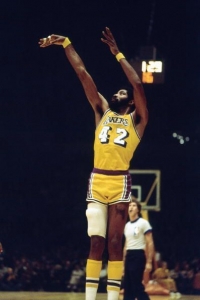 On a bright sunny day in Brooklyn New York less than a dozen people turned out to celebrate the life and legacy of NBA Hall of Famer, Connie Hawkins a stark contrast to a few months ago, in Brooklyn, when a crowd, in a torrential rainstorm, paid tribute to the late Biggie Smalls on the naming of a street in his honor. A Brooklyn politician who was scheduled to speak did not show up but that didn’t phase Isaiah Hawkins (brother of Connie Hawkins), Mel Davis (NY Knicks), Ted Gustus, Coach Ruth Lovelace (Boys & Girls High School), Ray Haskins (LIU, Alexander Hamilton High School) and Judith Brown (sister of ABA Great Roger Brown) who all stood outside Barclay's Center fielding questions with only three media outlets, of which we were included. ... read more »
ADVERTISEMENT
ADVERTISEMENT
Videos
WATCH: Daily Brief