As the nation’s top law enforcement officer and leader of the U.S. Department of Justice, the Attorney General is responsible for safeguarding our civil and constitutional rights. In light of this Administration’s relentless attacks on the enforcement of our civil rights laws, our nation desperately needs and deserves an Attorney General who is committed to that mission and to our country’s ongoing progress toward equal justice and racial equality.   ... read more »
California’s Net Neutrality Legislation Hit with Lawsuit

The FCC voted last December to repeal Obama-era protections and the net neutrality rules, approved by the same organization two years earlier, prohibited Internet service providers – such Comcast and Verizon – from speeding up or slowing down traffic from specific websites and apps. ... read more »
Black Women of Los Angeles Represent at this Year’s Congressional Black Caucus in Washington, D.C 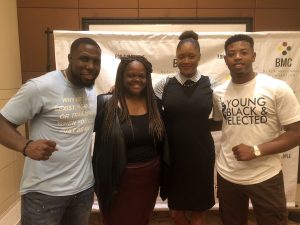 In an NNPA Newswire exclusive, Steele said the damning New York Times op-ed by a senior Trump administration official was likely written by a team of the president’s trusted hierarchy and it’s a clear signal that America is now witnessing a White House in utter chaos. ... read more »
Congress Must Stop Family Separation

Families come to this country seeking asylum. They undertake grueling, dangerous journeys in the hope that America will provide safe harbor from the violence that they are fleeing. Some are escaping domestic abuse, others have come to our shores to save their families from gangs. None expect to have their children ripped from their arms when they finally reach safety. ... read more »
Disabled Veteran Creates Veterans Health Solutions, The Premiere Cannabis Education Resource For The Veteran And Underserved Communities