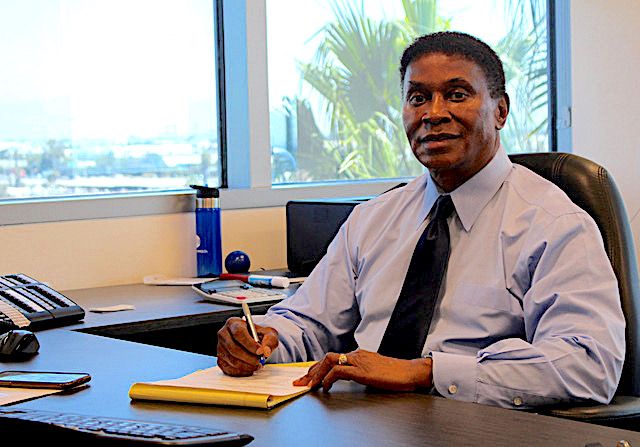 In an ideal world, discrimination would not exist and outlawing it wouldn’t be necessary. Racism and sexism would only be fleeting thoughts of a time far gone. And people would rise in society based on the merits of their achievements, and not their gender, race, ethnicity, or any combination of the three.

In 1996, California passed Proposition 209, which banned any government entity from considering race, gender, or ethnicity in public employment, education, or contracting. Back then, the California voters, community organizations, and advocacy groups were in support of the provisions of Prop. 209.

Supporters of Prop. 209 led us to believe that it would be the first step in ridding our society of discrimination. If we just give it time, they promised us that California would become a better place. But that is not the world we live in. If the past 24 years have taught us anything, it is that we cannot rely on race-neutral ideas to solve the race-specific discrimination.

Since 1996, we have only seen increased injustice in our society. Minority communities continue to have unequal opportunities in higher education, public employment, and government contracts. We know that a person’s race impacts their economic opportunity, access to healthcare, and rates of imprisonment, but policymakers lack the tools to directly change those outcomes. This has not changed since Prop. 209 passed, and it won’t change until we do something about it.

Government plays an important role in breaking down barriers of systemic racism.

The same issues are prevalent in public employment and contracting, where we still see lagging representation of women and minorities in government leadership. In public contracting, minority and women owned businesses lose $1.1 billion annually due to the ban of affirmative action. At the same time, minorities are discriminated against in employment opportunities and have no way to combat that discrimination.

Similar stories also play out in public higher education. Even with the growing population of Asian Americans in California, enrollment rates at the University of California have been decreasing. Whereas, Yale and Princeton, who allow affirmative action, have had an increasing enrollment of 20% to reflect the growth rate of Asian Americans in the population. During the same period Black and Latino enrollment has plummeted. The truth is that Prop. 209 harms Black and Latino students but helps no other group.

To address these profound race-conscious inequalities, “race-blind” policy is the last thing we need. Instead, we need progressive action that reopens the conversation of how race and gender still play a significant role in the society we live in. Proposition 16 will give voters the opportunity to make this change in November by reinstating affirmative action and allowing decisionmakers to consider race and gender in college admissions, public employment hiring, and government contracts.

Some doubters may question why it’s necessary to revisit a 24-year-old proposition because so much has changed since Prop 209 was passed. While the national conversation around race and gender justice has changed for the better, the disparities that sparked the conversation remain the same.

Our decision-makers now recognize the need for action. The same University of California Board of Regents that spearheaded Prop. 209 now unanimously support its repeal with Prop. 16. The Regents are joined by nearly 400 diverse community and business organizations, nearly 200 elected officials, professional sports teams, the San Francisco Chronicle, the Los Angeles Times and the Los Angeles Sentinel—all in support of Prop. 16.

Next month, a new generation of voters can put their mark on the long arc of history. We can begin to repair the systemic inequities that have limited opportunities for women and minorities since America’s founding. We can no longer ignore the systemic problems that prevent so many of us from pursuing the promise of life, liberty, and the pursuit of happiness. We can finally recognize that injustice for one is injustice for all.

Martin Luther King once said that “the arc of the moral universe is long, but it bends toward justice” and Justice Ruth Bader Ginsburg added that it only bends “if there is a steadfast commitment to see the task through to completion.” Voting to repeal Prop. 209 is another step toward bending the arc of justice to the more just society that so many have fought for.  Only through our collective efforts as citizens will we be able to achieve that society and that starts voting “Yes” on Prop. 16.

Gene Hale serves as the Chairman of the Greater Los Angeles African American Chamber of Commerce.