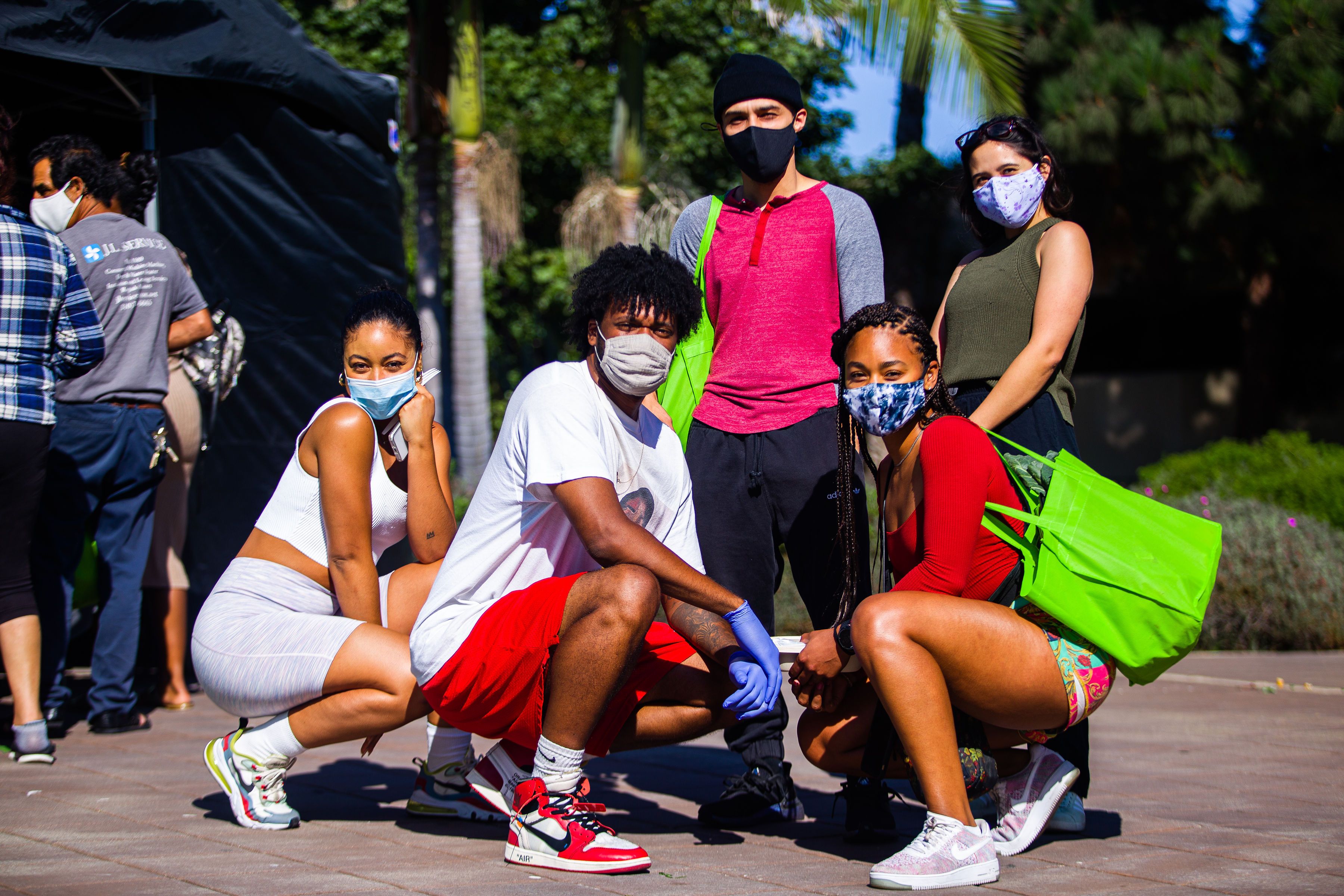 SÜPRMARKT and Inglewood native and rapper D Smoke presented “Feed The Hood” and gave away vegan food. D Smoke strives to provide food with nutritional value to help people survive during this pandemic. The message he wants the community to know is to take care of yourself, so you won’t have to be reactive when a situation occurs. He says,” We’re trained to be reactive when something happens, and we have to respond to it, but the things that ensure our long-term health is being proactive.” He notes that what you eat before you get sick prevents you from chronic disorders, like diabetes, cancer, and heart failure. 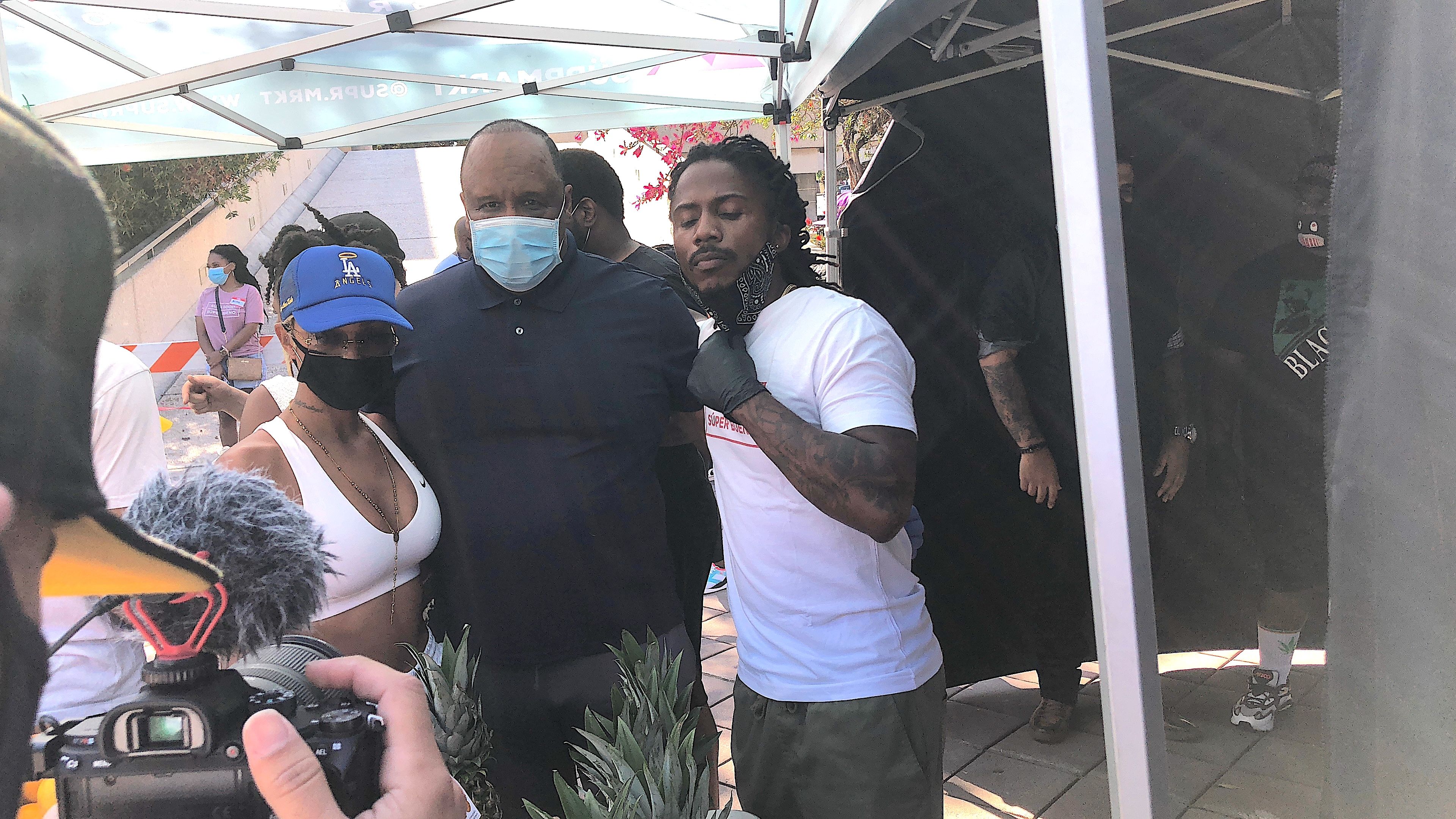 Feed The Hood gave the people building blocks for a healthy and immune life. They were excited to give away 200 bags of 100% organic produce. Brands such as Sweet Greens, Every Table, and Penny Pound Ice stepped up to make it happen. Volunteers spent hours making sure the bags were filled with goods. Elevate Culture, and DJ QwessCoast provided music to enhance the event. SÜPRMARKT founder, Olympia Auset, said their mission is to make it easy and affordable for people to eat well in the community. “South Central has 1.3 million people, only 60 grocery stores. African Americans lead every other ethnic group in deaths from preventable diseases like diabetes and cancer.” Auset wants to stop the genocide in the African American communities. 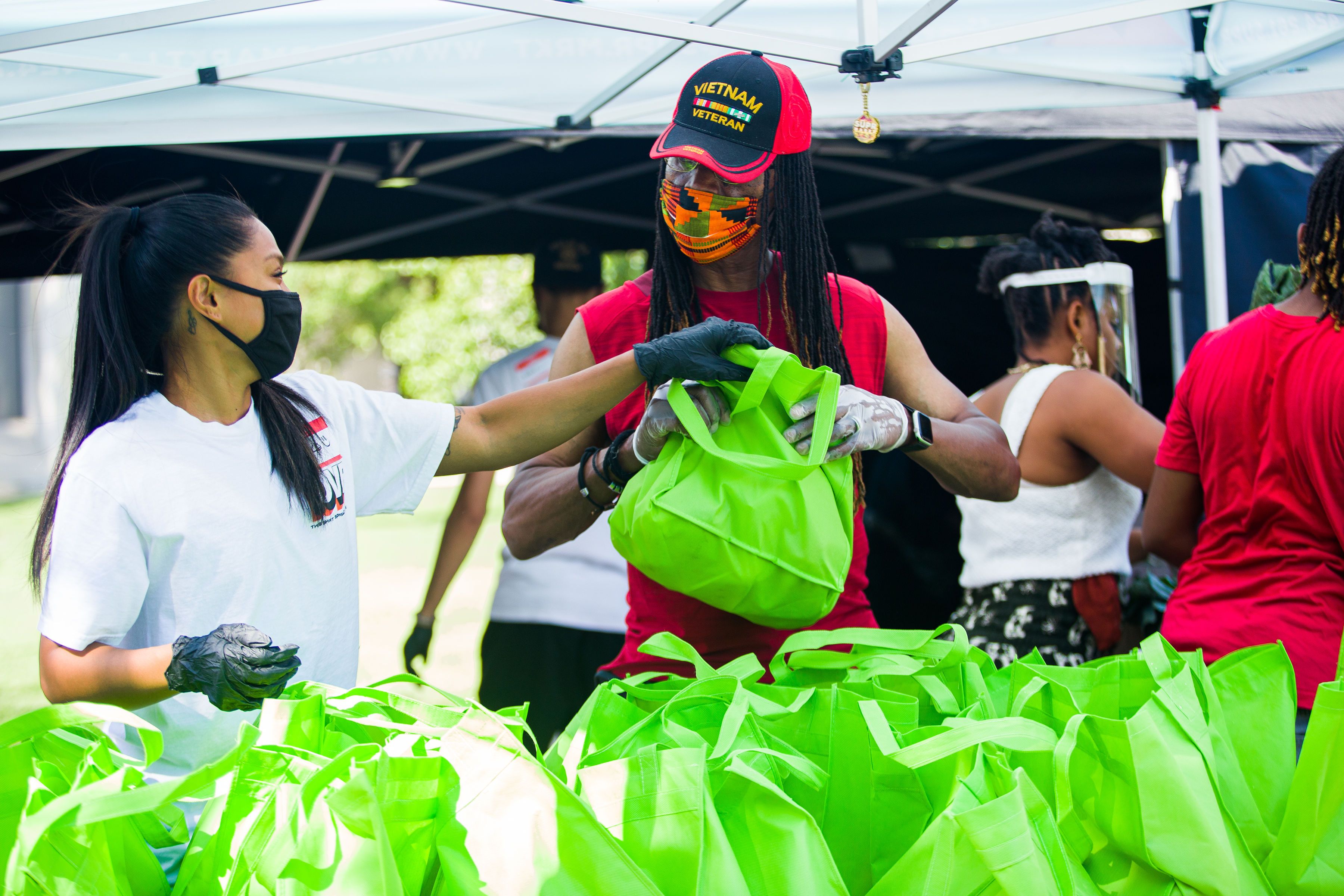 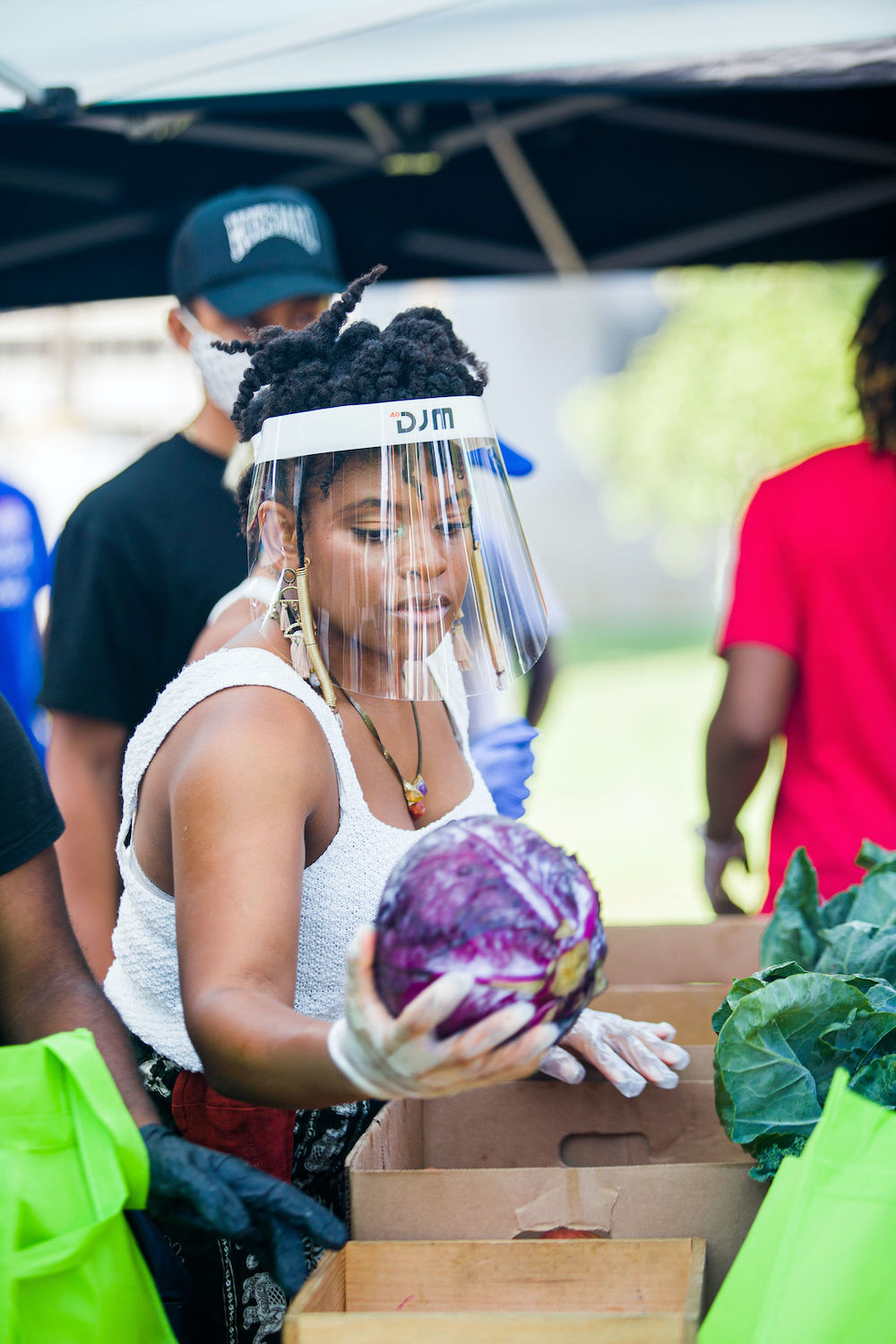 Feed The Hood is not the first time D Smoke and SÜPRMARKT teamed up together. Previously, they partnered together to deliver produce to families, and everyone would be surprised to see him in person. But now, he envisioned “Feed The Hood” on a larger scale from the city of Inglewood’s lawn. In less than ten days, they were able to make it a success. Auset said, “This is a larger event he wanted to do, so he hit us up and said, ‘hey, can we do this?’ and we put it all together in a week.” She also noted that America spends one billion dollars a day on preventable healthcare. “We can be putting all that money into the community if we don’t have to spend it on hospitable bills.” 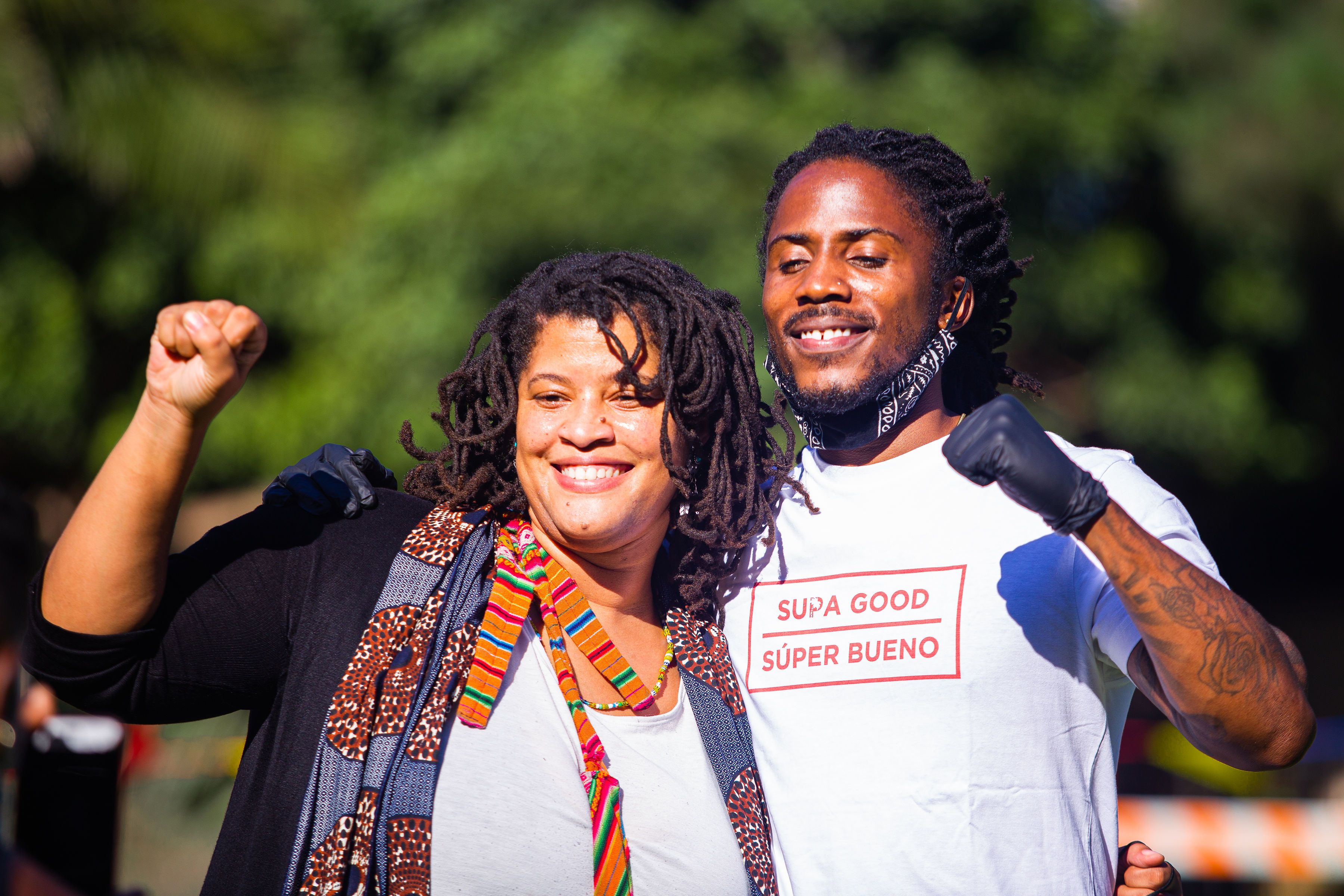 Auset mentioned how people have normalized family members passing away at ages 50 and 60. “They should not be passing away that early and at the end of their life, they should able to leave money to their children, not spending it on hospital bills. They only way we can get there is if we teach people how to eat better and do it in culturally relevant ways.” Auset wants to show people how to eat healthy without making them feel like they have everything. “Everything here today is vegan; I was excited for everybody to try the food and enjoy it.” 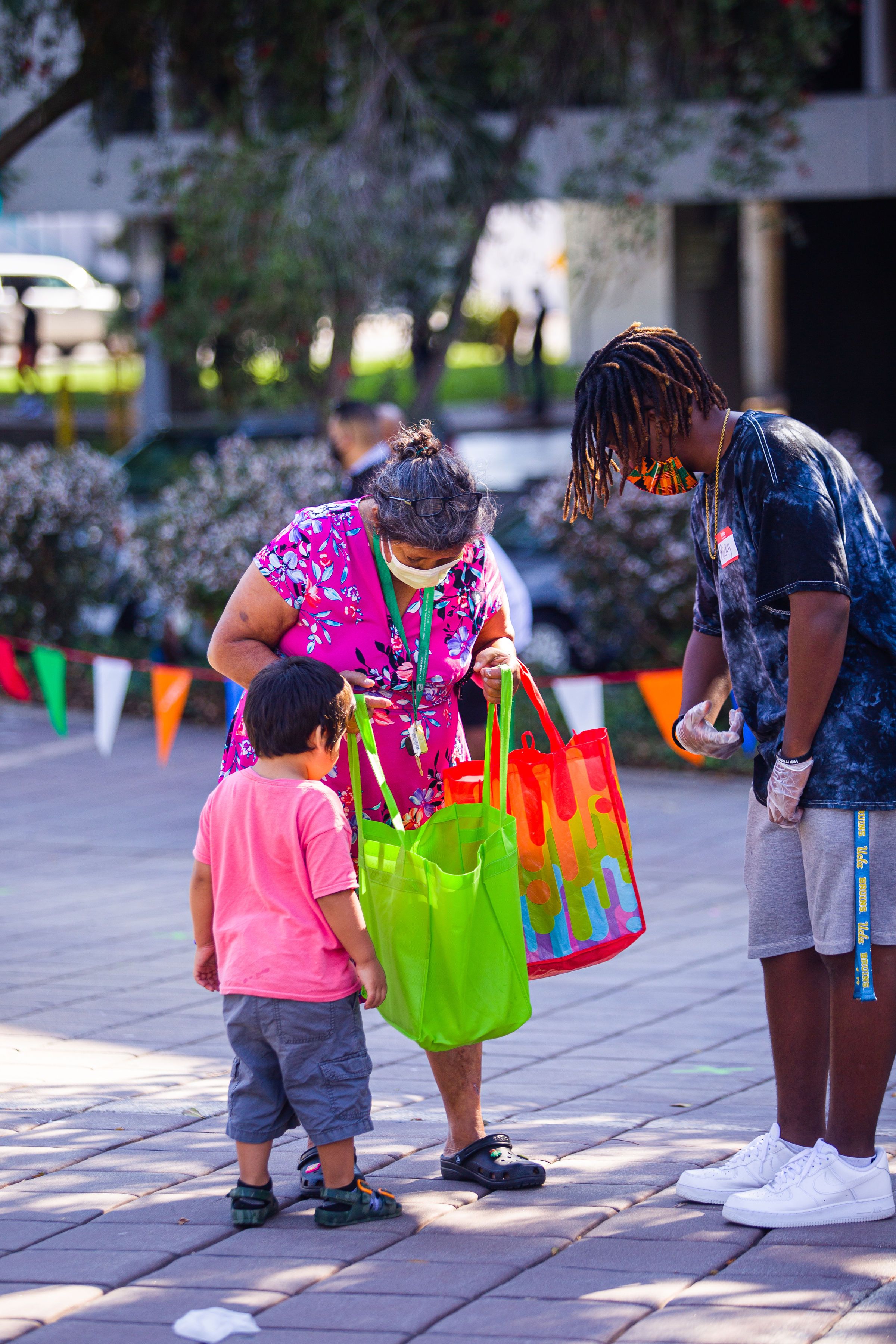 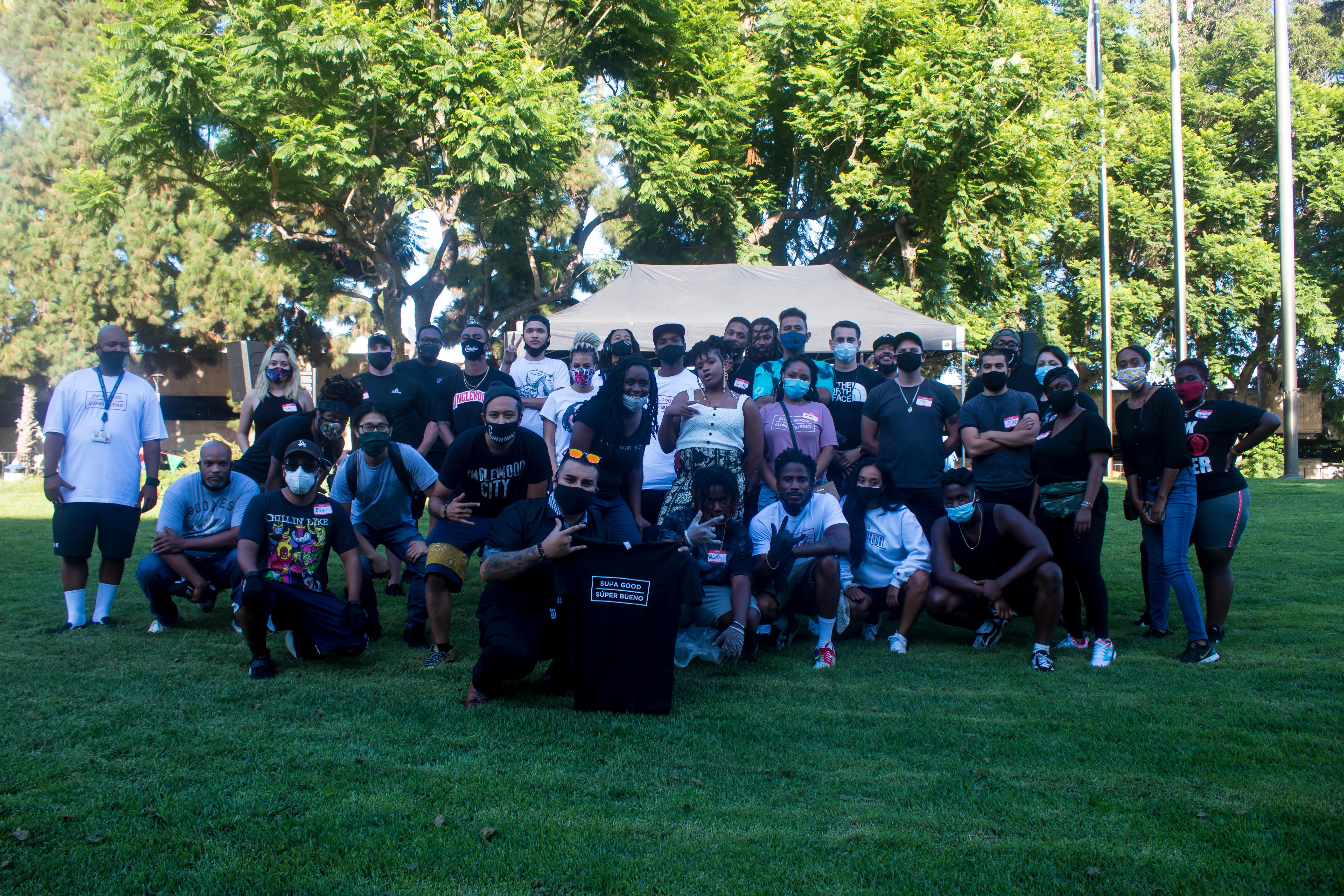