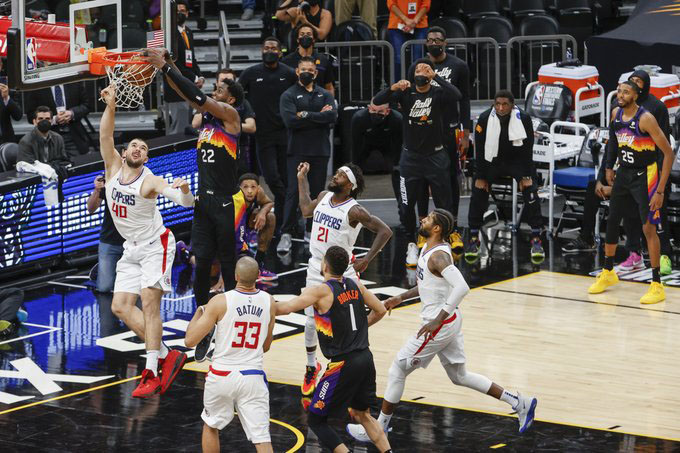 It was an ending like no other and one that was filled with drama until the final buzzer.

Deandre Ayton crushed home an alley-oop pass from Jae Crowder with 0.7 seconds left, giving the Phoenix Suns an emphatic 104-103 win over the Los Angeles Clippers on Tuesday night in Game 2 of the Western Conference finals to take a commanding 2-0 series lead.

“Jae just made a great pass,” Suns coach Monty Williams said. “That’s the deal. He put it where only DA could get it. It was great awareness by him.”

A long sequence of replay reviews favored the Suns with 0.9 seconds while Ayton was able to slither past Ivica Zubac, gather and jam in a perfect out-of-bounds lob dunk from Crowder for the game-winner at Phoenix Suns Arena.

Suns have now won a franchise-best nine straight games in the NBA playoffs.

Cameron Payne led all scorers with a career-high 29 points and nine assists for the Suns, Ayton had 22 points and 14 rebounds.

Paul George had 26 points, six rebounds and six assists for the Clippers, while Reggie Jackson added 19 points. Zubac had 14 and 11.

“Hats off to them. They got two wins,” said Jackson.

Ayton and Payne combined for 19 of the Suns 25 points in the first quarter and Phoenix led 48-47 at halftime, shooting 46.5 percent in the first half, while the Clippers shot 42.

Devin Booker was 5 of 16 from the floor, finishing with 20 points and five assists, but left in the third quarter after colliding with Clippers guard Patrick Beverley.

Both players returned to the game in the fourth and Booker received stitches to stop the bleeding from a swollen nose.

“They were telling me in the back that it wasn’t broken. Just a little crooked,” Booker said on his nose.

After back-and-forth buckets in the fourth, George made a layup with 31 seconds left to give the Clippers a 101-100 lead for their first advantage since early in the third period.

Booker then responded on the next possession and buried a pull up jumper to retake the lead at 102-101 with 27 seconds left.

George answered back with a 22-foot jumper on their next offensive possession to give LA a 103-102 lead with 22 seconds remaining. 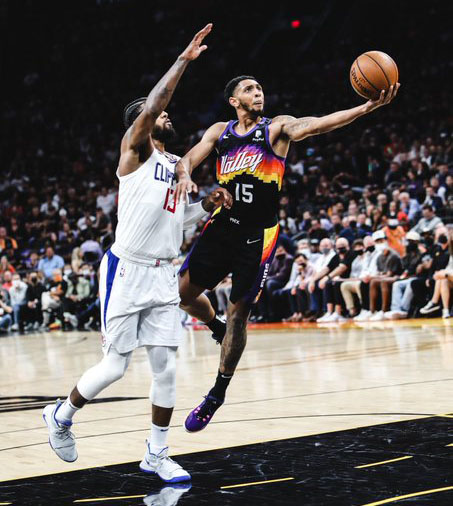 Suns guard Cameron Payne scored a career-high 29 points and nine assists in a 104-103 win over the LA Clippers in Game 2 at Phoenix Suns Arena on Tuesday, June. 22 (Courtesy Photo)

After a lengthy review that was ultimately overturned, Booker lost possession of the ball on the Suns next play and gave it back to the Clippers with 9 seconds left, but they did not take advantage.

“I’ve played a lot of games in this league, this one goes up there,” said Beverley. “It’s a hard game to kind of swallow. You look at this game, and we’ve got this game won. But we’ve been in the trenches before.”

George had a golden opportunity at the free throw line to put the game away but shockingly missed both attempts, giving Phoenix life.

“I thought the game was over. But we just want to stay to composed,” said Booker regarding his turnover after the call was overturned. “There was some extra “hoo-rah!” going on the court, plays prior to, running to our crowd, First-Team All Defense and all that and the game wasn’t over. So, we just keep playing through.”

Mikal Bridges missed a corner three-pointer, as the ball went off the Clippers with 0.9 seconds and the Suns then set up the play of the series for the game winning Crowder-to-Ayton lob dunk for the 104-103 victory.

Game 3 is scheduled for Thursday night at Staples Center.

“We’re going to have an outstanding crowd once again at Staples, and have a lot to look forward to,” added George. 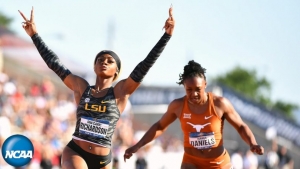 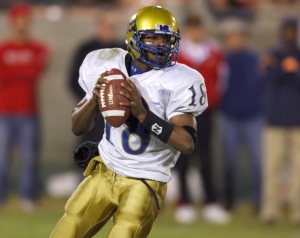 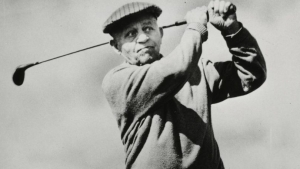 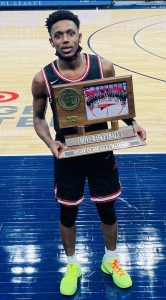