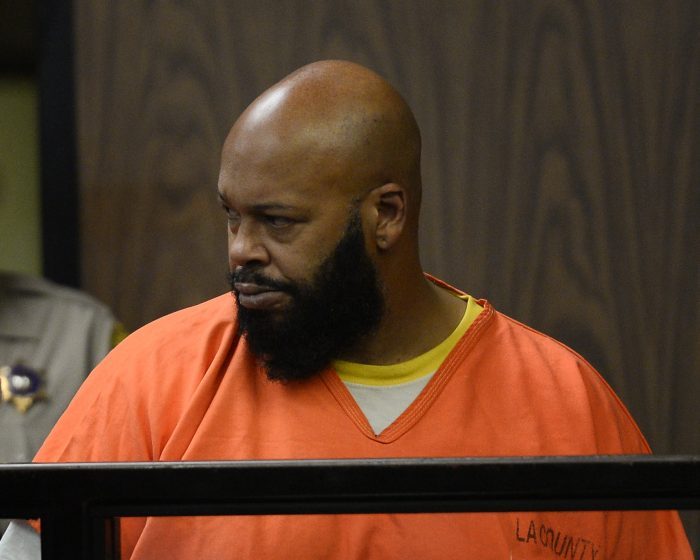 Marion “Suge” Knight appears in a court during his arraignment, Tuesday, Feb. 3, 2015 in Compton, Calif. Knight, 49, pleaded not guilty on to murder, attempted murder and other charges filed after he struck two men with his truck in 2015. (AP Photo/Paul Buck, Pool/ Sentinel File photo)

Marion “Suge” Knight was sentenced to 28 years in state prison for running over a man and killing him in a Compton restaurant parking lot, the Los Angeles County District Attorney’s Office announced.

On Sept. 20, Knight (dob 4/19/65) pleaded no contest to one count of voluntary manslaughter and admitted a special allegation that he used a deadly weapon, a truck.

On Jan. 29, 2015, an altercation occurred outside a restaurant and Knight ran over two men with his truck. Terry Carter, 55, was killed and the other man was injured. Knight, who at the time was out on bail in a robbery case, fled the scene but was later arrested.

Knight received the high-term of 11 years in prison for the voluntary manslaughter count that doubled because he has a prior conviction under California’s three strikes law. He also received an additional five years because the conviction was for a serious and violent felony and a year for the deadly weapon allegation.