The 21st century was well underway but Barack Obama’s presidency, notwithstanding, the problems facing Blacks were as daunting as ever. His 2nd Inaugural Address was widely described as signaling a liberal domestic agenda during his next term. However, Obama’s list of groups seeking to attain full civil rights did not include African Americans; gays, Latino immigrants, seniors, environment protection were mentioned as receiving, or in line to receive, special attention by his administration. (Predictably, silence was Black leadership’s response to Obama’s not including African Americans.) Perhaps for obvious reasons, Obama, our folk hero was not going to focus on Blacks.

Continuing systemic barriers impede Blacks’ progress and the struggle for justice and equity likely would have had little success except for Blacks’ renowned resilience. But resilience is not enough, especially since Black leadership has become a mere shadow of its strong and storied predecessors.

For us, ineffective, self-serving leadership perpetuates a status quo that clearly does not serve own best interests. Changing from an individualistic and materialistic, to a group- oriented, moral and ethical leadership model is crucial for actual change. (Collaborating with other groups must be from a position of strength not weakness.) But Black leaders these days seem to lack the will and/or integrity to focus on the specific needs of Black people.)

The moral and ethical agenda of Rev. Martin Luther King, Jr. and Malcolm X has been discarded; as Black commentator Bruce Dixon intones, “Many Black leaders are unwilling or unable to defend the opportunities that made their emergence possible.” As mentioned, emulating America’s individualism and materialism is contrary to Black’s best interests. Yet, the Black community is not demanding that its leaders represent constituents’ priorities first, nor does it consistently hold them accountable.

Also Black leadership, mainly by its silence, leaves many thorny questions unanswered. For example, poverty, Black violence, police abuse, unemployment and poor quality public education for Black children remain major problems, but who is being held accountable for solutions? Most Black leaders tend not to tackle the really tough, problems; they have internalized America’s values without full access to its benefits and their silence reinforces white privilege and underlying racism.

In Los Angeles and throughout America, the scenario is painfully the same: Schools still fail to educate our children and Black inner- city neighborhoods remain rife with poverty, excessive crime and an absence of hope. Judging from a collective reluctance to actually deal with these- and other similarly tough issues- Black elected officials, in particular, tend to dodge the race-based barriers to community progress they have a moral, ethical and legal obligation to challenge.

Perceptions of today’s Blacks and those in the 1960’s on political and economic issues are starkly different. Then, the pervasive call was for freedom and justice. Today, civil and human rights violations are still common, but Black leaders, as suggested earlier, have practically abandoned the fight: I believe they have internalized America’s values, many are better off materially, and generally have become soft and complacent. Many even act as though America is a post-racial society, which is absurd. Blacks are not a monolith, and like any other group, hold diverse views, not only about freedom, justice and equality, but these days, even on the definition and reality of racism. That’s sad. Differences are perhaps most glaring in the ever growing chasm between middle class and poorer Blacks. The former is largely absent from the on-going struggle for justice making it even harder for us to navigate an already grossly uneven systemic playing field.

The calming effect of Brown v. Board of Education and subsequent passage of civil rights and voting rights legislation lulled many Blacks into believing struggle was history; they had “made it.” Yet, historically, Blacks did come together for their common good and persevered despite enormous obstacles.

Traditional civil rights organizations now depend heavily on corporate money and at times, compromise their principles. The NAACP, Congress of Racial Equality (CORE) and SCLC are all struggling shadows of their past relevance in the Black community.
(Several years ago, the LA Urban League broadened its community outreach with a corporate funded “Neighborhoods Work” initiative, a comprehensive effort to improve conditions in a 70-block area in South Central Los Angeles. Focus areas included safety, education and economic development. For a variety of reasons, issues that also involved USC and the Los Angeles Unified School District, the initiative bogged down and eventually imploded.)

Leadership is the linchpin for sustainable change. And unfortunately, most Los Angeles Black politicians have been neither particularly effective nor accountable to their constituents, except at the ballot box; a new, group-oriented, ethical leadership model is sorely needed. While Black elected officials are the ones most often singled out for criticism, the Black community must also demand accountability from its leaders, across the board but hasn’t done so recently.

Racism’s poisonous tentacles still denigrate Black people as fundamentally flawed, i.e., less than white. If Black leaders continue to emulate America’s individualistic and materialistic values and politics, the naysayers will have been proven correct and the future for Black people will remain in jeopardy. We must not allow that to happen and unapologetically take control of our own destiny. We are a proud, resilient people worthy of nothing less than strong effective leadership that, first and foremost, values and protects the rights and privileges of the Black community.

My Best Friend Died of AIDS 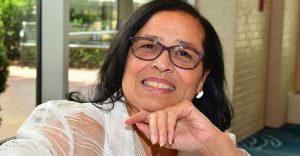 A Dream Deferred — Is the Every Student Succeeds Act (ESSA) Just Another ...