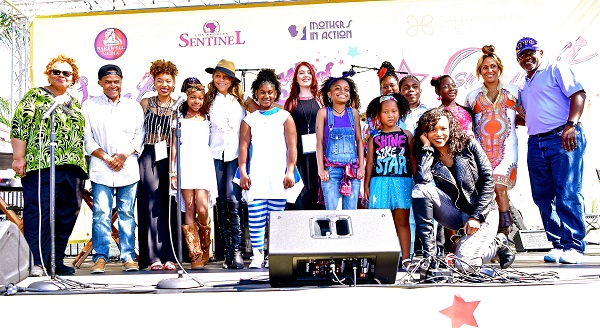 South Los Angeles’ premiere singing competition, StarQuest returns to the 12th annual Taste of Soul (TOS) Family Festival with a salute to the legacy of Motown.

“Over the past few years, hundreds of vocalists have auditioned for a coveted slot as a finalist in the StarQuest singing competition,” said StarQuest producer Pat Shields. “We’ve been the vehicle for L.A. to showcase the exceptional talent we have in this city and for the contestants to build their fan base by performing in front of thousands of people at one of the largest music and food festivals in the country.”

Founder and creator of the Taste of Soul, the StarQuest Talent Competition, and the executive publisher and chairman of the Los Angeles Sentinel, Danny J. Bakewell, Sr. says the level of talent at the singing competition has exceeded his expectations and anything he could have ever imagined.

“Our adults and kids competition has become a platform and created opportunities for not only our winners but our participants to be exposed to opportunities they otherwise would have never had a chance to participate in,” he said. “Our StarQuest Family has gone on to be featured in national commercials, been awarded recording contracts as well as made numerous recording deals with national producers all over the country. I am excited to see what this year’s talent pool delivers.” 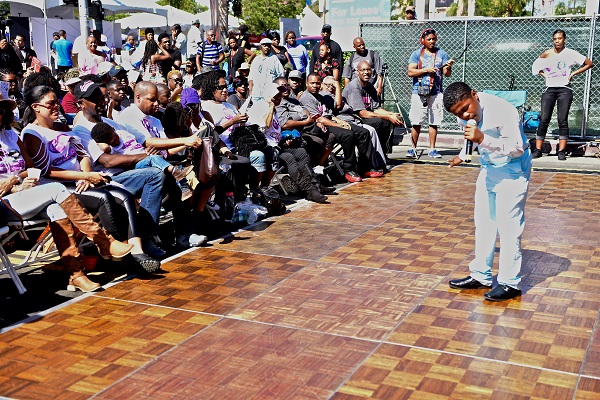 “With this year’s theme being a ‘Salute To Motown,’ where all of the contestants have to perform classic Motown songs, we’ll see vocalists of all ages singing the songs of Stevie Wonder, Marvin Gaye, Michael Jackson, Jackson Five, Four Tops, Temptations, Miracles, Martha & The Vandellas, Supremes, and on and on.  There’s such a deep catalog of songs to choose from and I am excited to see what our contestants bring to the stage at the auditions on September 23rd and 24th,” said Shields.

In-person auditions will be held for ages five and older Saturday, September 23, at the Baldwin Hills Crenshaw Plaza from 10 a.m. – 4 p.m. and Sunday, September 24, from 1 p.m.-5 p.m. Participants interested in auditioning online or through the mobile app can upload a video singing their favorite Motown song at www.tasteofsoul.org or download the Taste of Soul mobile app from the Apple or Google Play Store. Contestants are asked to upload a :45 second video singing a Motown song of their choice.

Nine finalists will be selected at live auditions, and one finalist will be selected online to perform at their tribute to Motown live on the StarQuest Stage at the 2017 Taste of Soul Family Festival on Saturday, October 21st. Two grand prize winners will perform their tribute to Motown on one of the Taste of Soul radio partner stages – Radio FREE 102.3 KJLH or 94.7 The WAVE – on Saturday, October 21st. All grand prize winners will receive a cash prize.

Here’s what some of your past winners have been up to:

Since winning last year’s StarQuest for 4 Kids competition, Chloe Roston has been invited to sing at churches around the L.A. area. She has also taken singing lessons with the legendary artist Jackie Gouche. 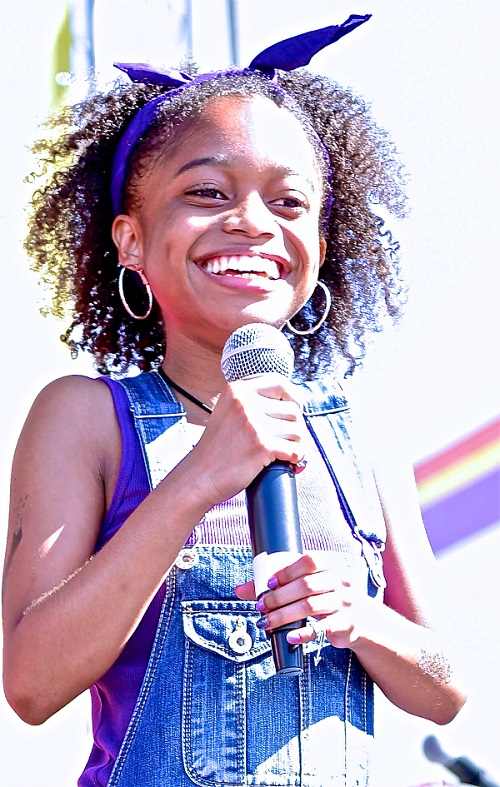 “We have been on a high ever since and it is because of the Taste of Soul [StarQuest Singing Competition],” said mother of Roston, Charisse Green.

In 2015, entertainer Tia Parchman (Tia P.) graced the StarQuest stage. Since then, she has performed at sold out shows, appeared in a Pepsi commercial with singer Tori Kelly, a Sprite commercial with NBA player LeBron James, and a mattress commercial that is currently running and more. Now Parchman is focused on creating new music for her EP series “Peek-a-boo,” and interacting with her growing fan base. She encourages this year’s StarQuest participants to, trust their gift.

That’s not all, in 2014, 17-year-old Tim Johnson Jr. appeared in the Disney stage play the, “Lion King”, landed a role in the Nickelodeon television series, “Bella and the Bulldogs”, and appeared in the 2017 film, “Fist Fight” with actors Tracy Morgan, Ice Cube and Charlie Day.