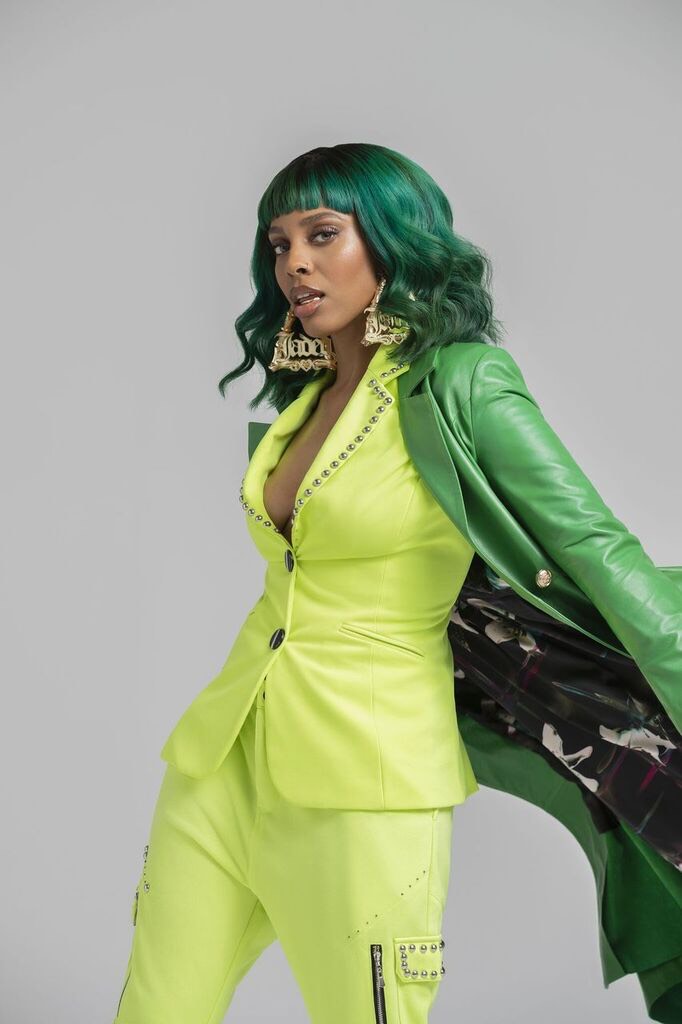 Singer. Writer. Influential voice. Jade Novah has been building her repertoire to the zenith degree; reaching colossal heights of self-discovery. The new single “Somebody’s Son,” has been released from the highly anticipated album, Stages that was unveiled on Friday, February 28. The world embraced her as it debuted at #1 on iTunes R&B charts. Novah is filled with alluring cosmic energy that gave birth to a whole new universe of sound. This album demonstrates Jade’s poetic infrastructure; outlining her mission to live within her purpose. The song lineup for Stages marks the psychological journey Jade has traveled in her mind, each song representing an embossed memory or change of wind within herself.   Listening to her voice, one can feel her musical gifts are deeply rooted. At a very young age, Jade Novah recognized that music is her channel of communication for healing and connection. Inspired by Barbara Streisand, Tony Braxton, Whitney Houston, and Mariah Carey–Jade Novah is a multifaceted force of nature that is looking for more ways to share her message. Building a connection with different platforms like comedy and theatre; Novah shared that she will always have music in her heart, but there are other Stages that are beckoning for her presence.   “The whole idea of Stages is everything has its own vibe.” Jade begins to explain the song, Somebody’s son. Novah mentioned working collaboratively with her husband, Devin Johnson. Jade takes the listener back to the first courting scene of their love. Jade Novah disclosed being the more assertive one; she recognized what her relationship requirements were straight away. The soulful songstress shared that she was the one who asked him out. They have been married five years now; Novah revealed that the cover art for the hot new single is them newly coupled on one of their first dates. 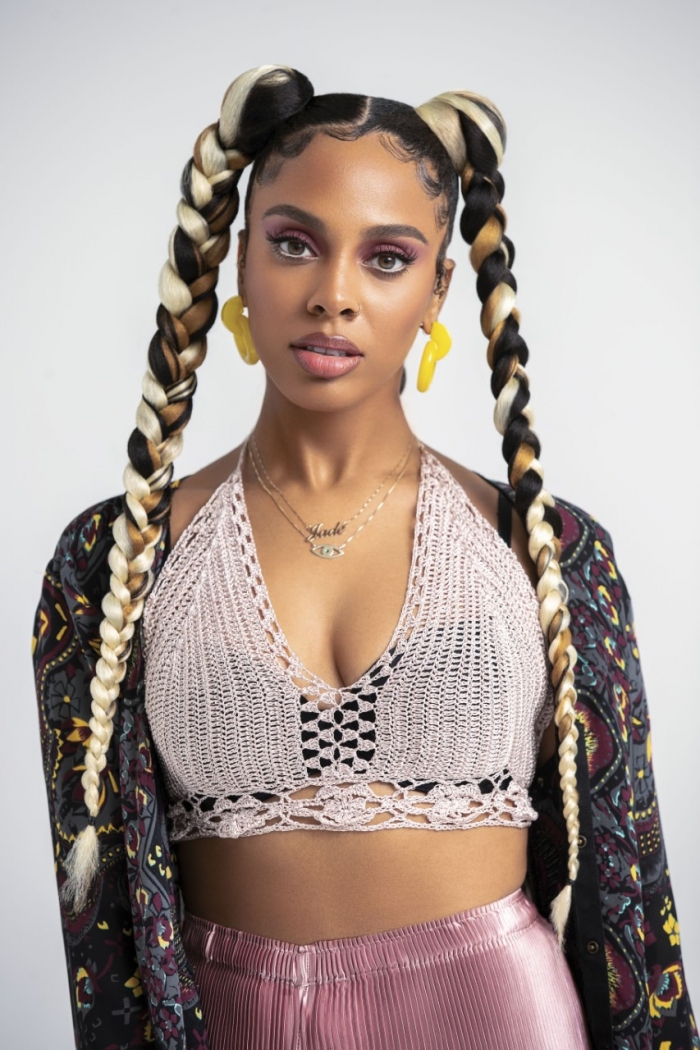 Each notable song provides its own memory passionately attached to its creation. Jade carefully described her creative environment that surrounds her core where these songs live naturally. Mindful of her complex environment, Jade searches for peaceful solitude.  The lyricist looks to be in her fundamental element, alone. The artist finds her cave of creativity with a journal in hand and only the flicker of incense or candles lighting her way into the zone. The scent brings her home, as Novah reminisces over the chain of smoke from the incense her father burned daily when she was young; the slender lines of incense clouds dancing through the air.   Husband and leading Executive producer of the influential album, Devin Johnson carefully executed the whole project with another creative mind and co-producer, SK. This is the second curation Novah and Johnson collaborated on together. The successful couple will be traveling on the Stages Tour, starting March 20 in San Francisco. They will be hitting 17 cities, including Los Angeles.   Naturally, hearing is a unique level of human connection. Novah has mastered the art of connecting through audio frequency. The synergy through her words and voice create vibrations of true freedom. Jade candidly admits in her previous album All Blue, that liberation were the fierce undertones of the project. However, in Stages, Novah ideally wanted to express different shades of jade that listeners could relate to. She eloquently stated, “With my last project, that was definitely where I was, I had an album called All blue it came out in 2018.” She continued, “And the whole concept of that project was elevation, to be a light, and be that voice. But at the same time…with this new project I wanted to be a little more open and just let it be everything I had to go through to get to that point.” 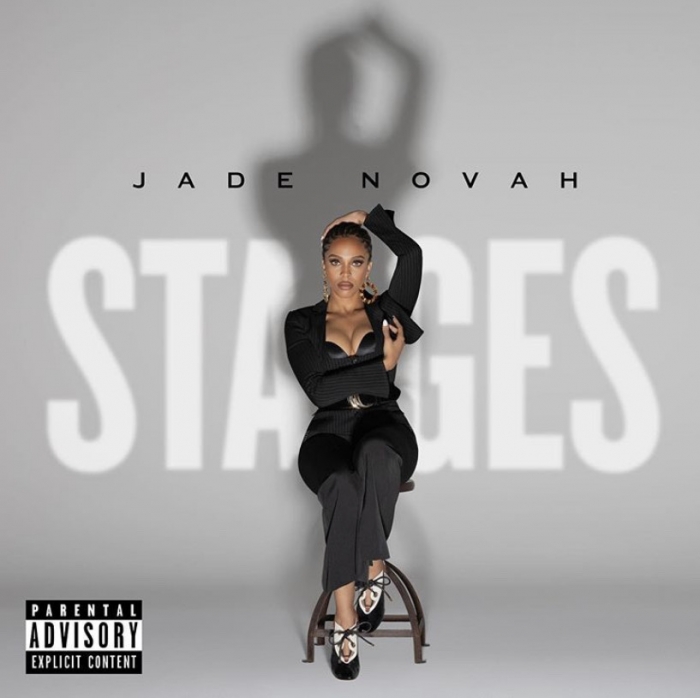 The Melodious moves of Jade Novah does not end with singing. Novah has been working diligently on her expansion into various fields. When asked to describe her ultimate goal as an artist, Jade stated, “My goal is to create a variety show, because I love music, I love telling stories, and I love making people laugh…” Novah made it known that she was the baby in the family, so Jade naturally fell into the role of the family comedian and class clown. Novah continued thoughtfully; her goal was to find a way to combine all three fields. Jade unveiled being familiar with sketch writing, with past scribe work showcased on the BET Network.
Ultimately, Jade Novah is looking to incorporate all those things into a “very cool and modern” Variety show. Looking to reach diversity and range like Donald Glover and Nick Cannon, the multifaceted talent believes passionately that the variety show will wrench all parts of herself together. Along with the variety show, the power duo of Novah and Johnson are also working on a modern musical. The key goal for the artist is to make Novah happy and to do what “Makes sense.”

For Artists looking to conquer the fear of getting into the spotlight, Jade Novah shared a word, “There is nothing to be fearful about, you can do this. You are a creative. Just be the vessel you been trying to search for in everybody else.” Jade put laborious hours of self-work in for this album, it was time well spent. Her range continues to expand and extend to new limits, Novah plans to light up multiple Stages.  Jade Novah will push the boundaries of what artists can do in one lifetime.